The MAKE UP FOREVER HD Microperfecting Primer was reviewed on a popular Taiwanese variety show that invites makeup artists to share beauty and makeup tips with artistes. When the makeup artist applied it on one of the invited guests, her skin instantly went from dull to bright right after applying the Make Up For Ever - HD microperfecting primer #5.

I would have glistening skin and my face would be so smooth flies could slide down. All my skin woes would be over and I could finally live happily ever after. 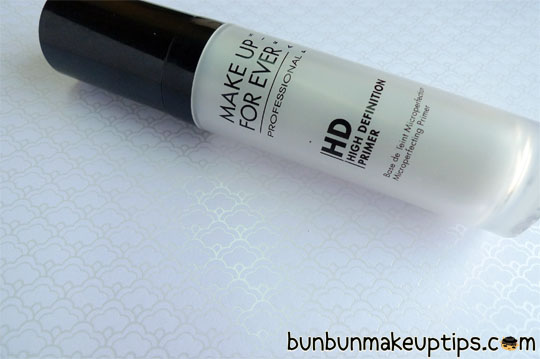 I contemplated for a while because at S$68 a bottle at Sephora Singapore, it was waaaaay out of my budget for a foundation face primer. So I got my friend who was coming back from the US to get it for me. U$32 ~ S$44.80. YAY! Big savings! There are six color-correcting shades and 1 transparent (Neutral). I got #5, the blue one.

A lightweight, oil-free complexion corrector that enhances the skin's texture and primes the skin for makeup application.

HD Microperfecting Primer deeply nourishes, moisturizes, and softens the skin, creating a glowing effect. Creates a protective layer on the skin allowing foundation to glide on easily and last longer.

So are these claims for real?

- Lightweight: Not too creamy, feels lightweight on skin upon application

- Oil-free: Not ideal for oily skin like mine because it doesn’t really mattify the skin, IMO. But still much, much, much better than the Stila Hydrating Primer. Everything is!

- Nourishes: Not seen, not felt?

- Moisturizes: It does a little bit of moisturizing. And probably a little bit is still too much for my oily skin? 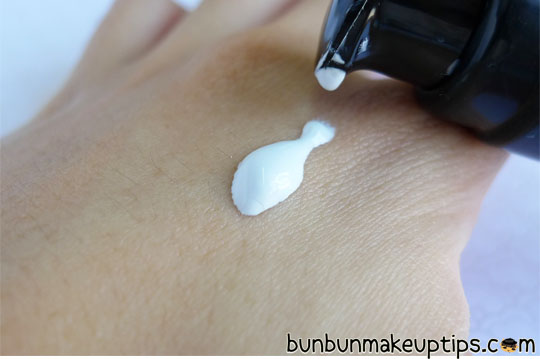 - Softens skin: It does a little, but only for a while

- Glide on easily: The lotion evaporates very quickly on the skin. Like if I work any slower, very little would be left on the skin to blend. The weird thing is, it doesn’t keep the skin mattified yet it dries up on the skin really fast. O.o 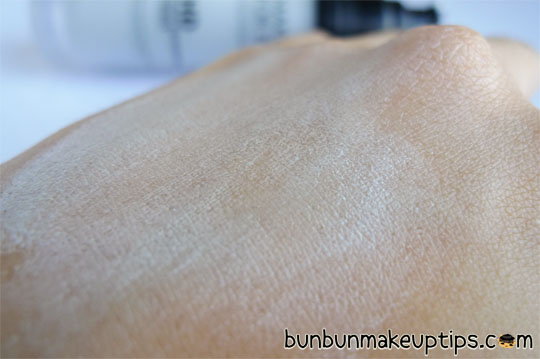 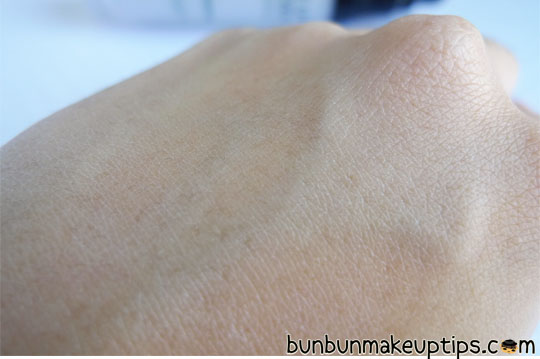 - Glow effect: Probably a teeny tiny little but after I apply my MAC Studio Fix Foundation, which gives a matte finish over it, all that glow would be buried under. The glow stuff would probably work if I just have nothing else on except the Make Up For Ever - HD Microperfecting Primer. But who would shell out so much for a primer to work like a moisturizer?!

Can you guess which hand has the primer?

It's not obvious from the picture but when I tried it on at Sephora, my hand really did brighten up! 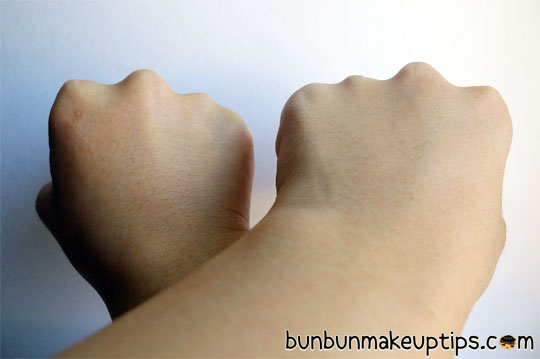 What I LOVE about this face primer:

The smell and packaging! Even though it looks like a stuck-up sophisticated career woman in its frosty exterior and no-nonsense black cap, it has the scent of a sweet young girl. Like not a girl, not yet a woman.

It does the fundamental job of priming the skin for face makeup application. I would recommend this product to those who need complexion correctors (especially to minimize redness on the face) and have somewhat drier skin, but if you don’t, a cheap and good primer would do.

Get Make Up For Ever - HD Microperfecting Primer 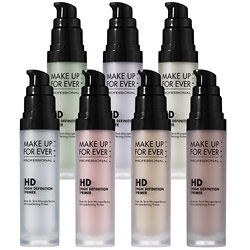 Bun Bun thinks of the the Make Up For Ever HD Microperfecting Primer #5 (Blue) as:

Would you try the Make Up For Ever - HD Microperfecting Primers?