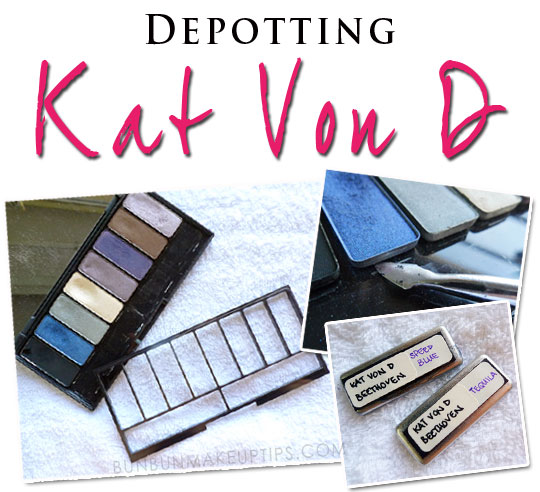 I don't know why there isn't any tutorial on the depotting of the Sephora Kat Von D Beethoven Palette. I mean, it can't be that everyone who owns a Kat Von D palette loves ALL the colors, right?. Well, from what I read from reviews, not a single person liked every single eyeshadow. There are always at least a couple or more that are not as good in quality as the others. 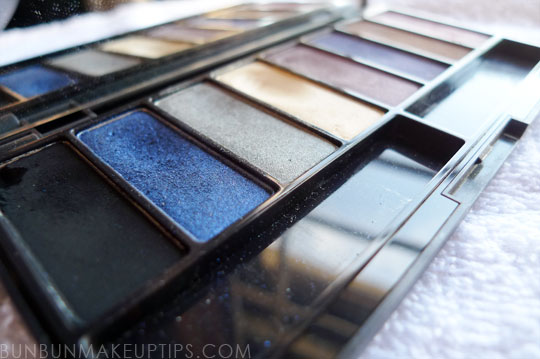 Many months ago I started searching online for tutorials on how to depot the Kat Von D eyeshadows. There are risks to be taken when one depots eyeshadows, the most prominent one being the possible breaking of the eyeshadows. I wanted to use the safest way to depot them, but there wasn't even a single tutorial online, not on blogs, none on Youtube.

Were they so difficult to depot that nobody dared to try? Did people want to make tutorials out of them but ended up breaking all the eyeshadows?!! NOOOO!!! What was it that kept everyone away from making a depotting tutorial of Kat Von D True Romance Eyeshadow Palettes?

I concluded that instead of waiting around for an answer that might never come around, I thought I should just bite the bullet and make a tutorial myself.

While online tutorials on how to depot MAC and NYX eyeshadow tutorials are aplenty, there was none I could refer to for the dismantling of a Kat Von D eyeshadow palette.

"Do for yourself or do without"

So I analyzed it and tried my best... and didn't know it was that easy! YAYS!!! 😀 To think I was so silly to assume that it was difficult just because no one did it! 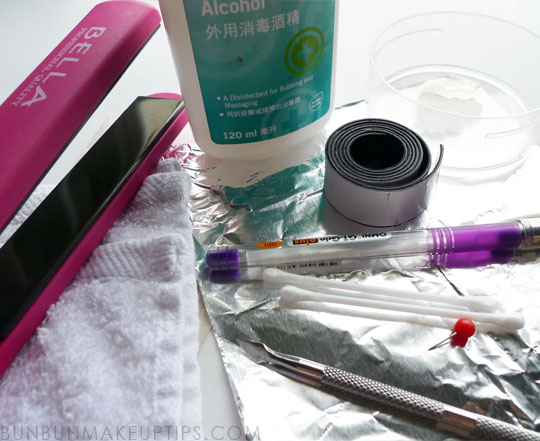 Just like the MAC Pro Palette, the Kat Von D palette has an insert to keep the eyeshadows in place. 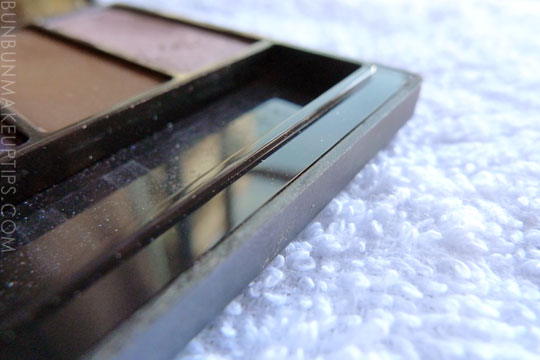 Remove the insert by wedging the tool between the gap. 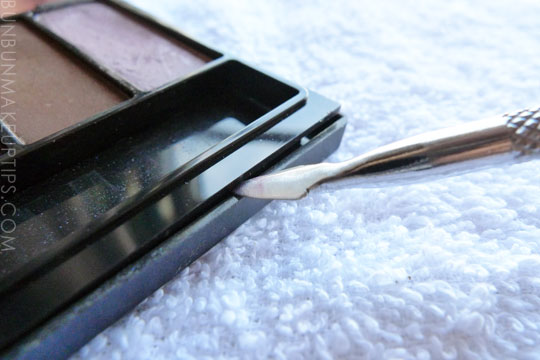 Be careful with the prying though. The plastic is more flimsy than the MAC and NYX trays, being thinner and being more like a guard with holes than a solid piece of plastic. Try to stick the tool around, instead of constantly poking at one area. 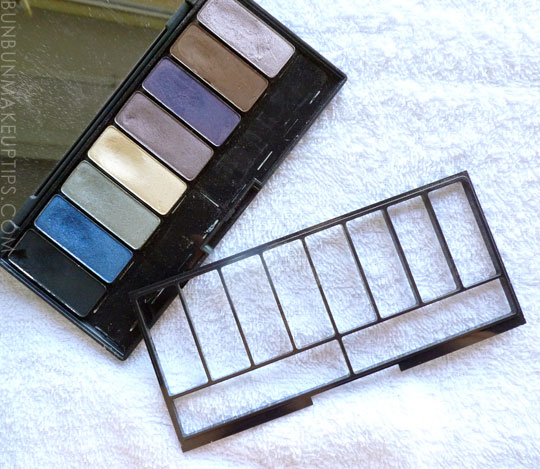 Step 2: Remove the eyeshadow from the palette

The removal is so easy! Without the insert, the eyeshadows are easily removed by sliding the tool underneath and slowly easing the base of the individual eyeshadow away from the palette. 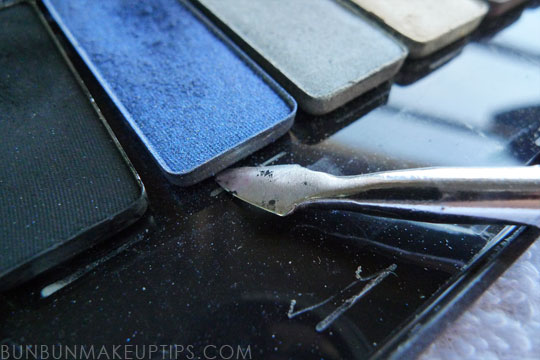 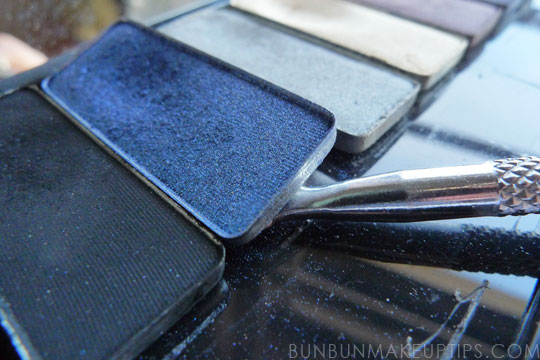 Step 3: Clean the under side

This is where the dish comes into use. Pour the Isopropyl Alcohol into the dish and dip the cotton bud into it. 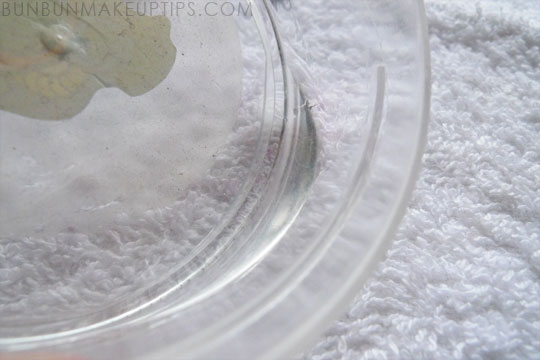 Clean the metal side of the eyeshadow pan. This step is essential in ensuring a clean, smooth, and flat surface for the magnet to stick on. 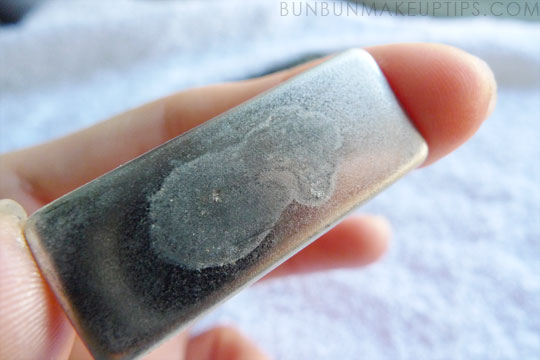 Step 4: Paste a magnet and name it

Cut out the magnet and write the name of the eyeshadow on a sticker. 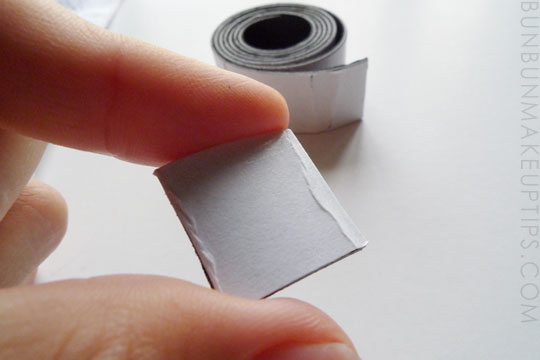 Yup, of all the 8 eyeshadows, I only like Speed Blue (metallic blue) and Tequila (metallic cornsilk shimmer). 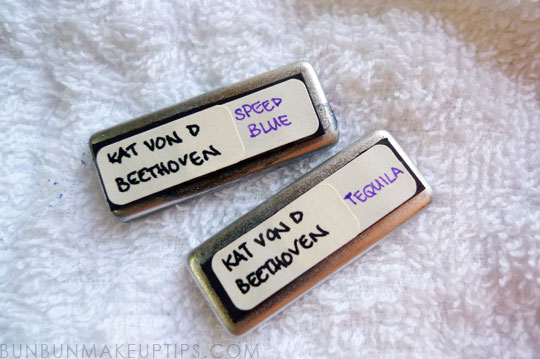 The depotting part's done, but then I was left with the unwanted eyeshadows. 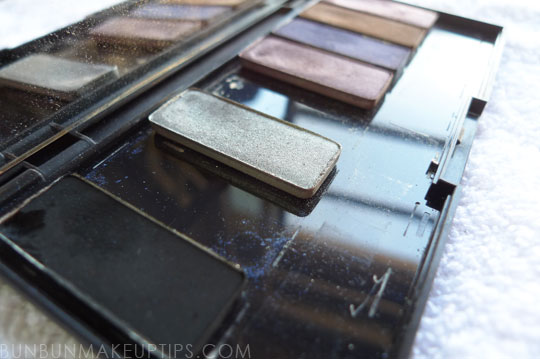 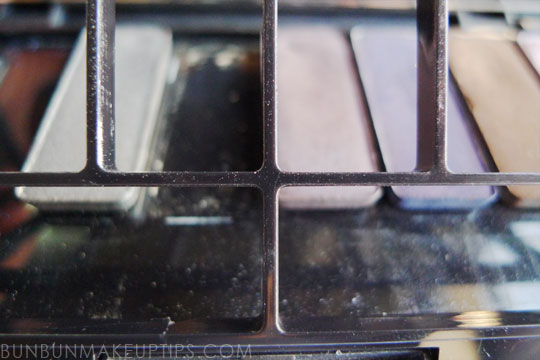 What was I to do with them?!

Then I tried putting some depotted eyeshadows in - MAC, NYX, L'Oreal - as I would in my Z-palette. 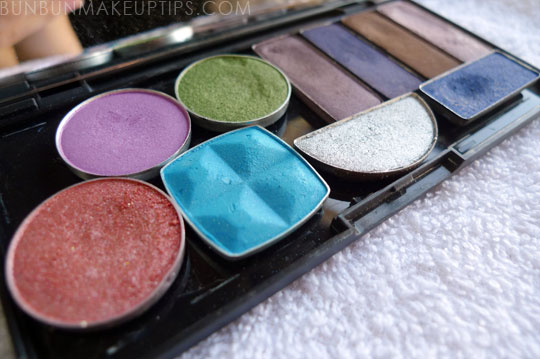 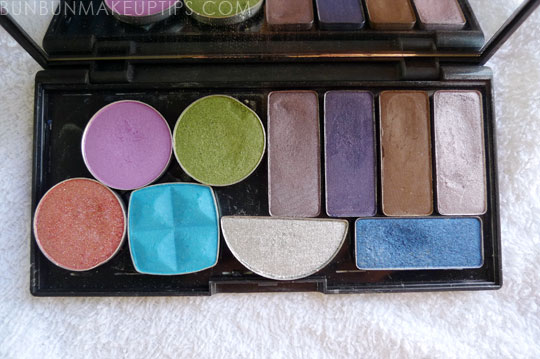 Do you own any Kat Von D Palettes? Have you thought of depotting them before?

Previous Post: « If Words Could Kill, So Could The Korean Clio Professional Waterproof Brush Liner Kill Black
Next Post: Battle Of The Transformers Mice To Prevent Carpal Tunnel Syndrome »