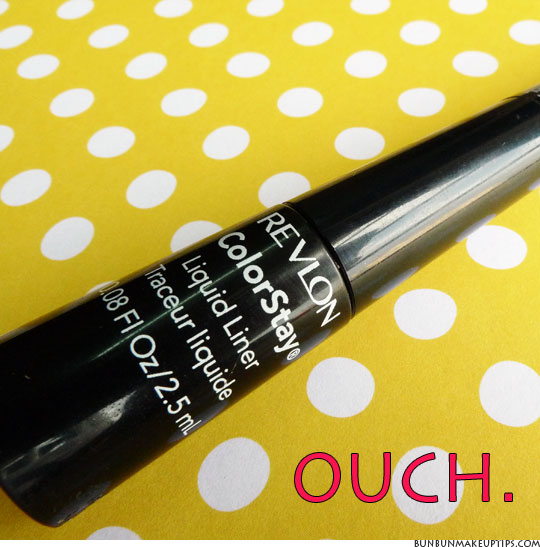 Sometimes in life, you’d be happy you gave some people or things a second chance. Other times, you just want to hit yourself for not having learnt from the adage ‘Once Bitten, Twice Shy’.

One such product that makes me wanna hit myself hard is the Revlon Colorstay Liquid Eyeliner.

I must sound like a broken record by now, but I like my eyeliner black - VERY BLACK. 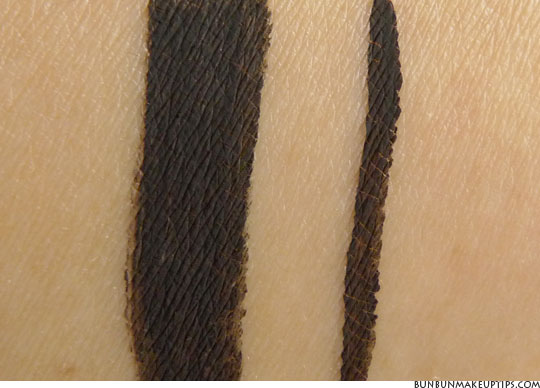 Revlon Colorstay Liquid Liner in Blackest Black is clearly not too black for me.

My favorite black eyeliner is Kate Gel Liner in BK-1, which is the most pigmented gel eyeliner I’ve ever. It is not the easiest to handle – Bobbi Brown Gel Liner in Black Ink wins hands down in terms of ease of use – but ohmy, one coat of Kate is all you need to get the blackest of black.

I believe, over time, that the color intensity of the Revlon Liquid Liner depreciates too. I know because I went to Watsons today to do a swatch and when I shook it, I mostly heard only the ball bearing, meaning most of the product was gone.

Empty vessels make the most noise, my teachers always said.

When I applied it, the color was so light it reminded me of my Chinese calligraphy lessons I took as a child. I’d dip the inked brush into a cup of clear water just to see the clear water hungrily engulf the black ink. Or the other way round.

I’m sitting on the fence regarding the felt tip applicator. I like that the felt tip is not as flimsy as the MAC Liquidlast Liner in Inky nor as rounded as the Lancome Artliner Precision Point Eyeliner, so getting a precise winged eyeliner is easy as pie. Get it thin or thick in the blink of an eye. 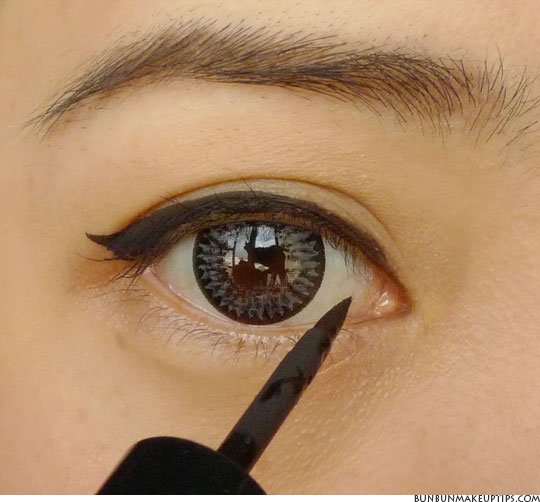 HAHA! I think this picture captured my fear of the applicator very well! There's FEAR in my eyes! I didn't even do it on purpose. The fear is real. =O

Bun Bun's Makeup Tip: If you have this eyeliner and can’t bear to throw it away, I’d suggest using it to only outline the wing of the eyeline. Its inability to follow the contour of the eye causes too much unnecessary pain. 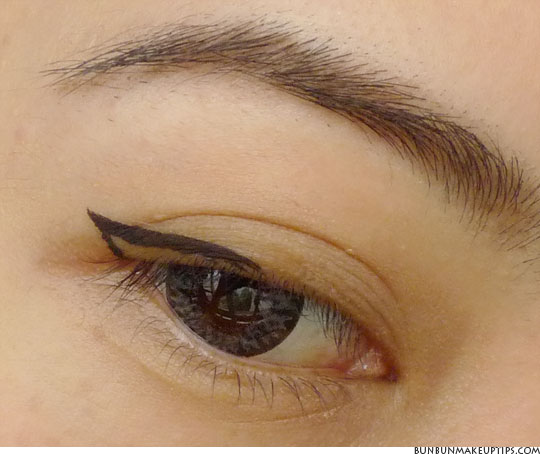 Outline it with the Revlon Colorstay Eyeliner, then use another eyeliner that does not murder the delicate lid to fill in the blank. It may seem silly to use two types of eyeliners, but using different types of products can actually save you more time! For example, to apply gel liner, I use both MAC 263 and Sonia Kashuk Bent Eyeliner Brush.

Please do not use the Revlon Colorstay Eyeliner to tightline your eyes (Tightlining tutorial). You’re seriously going to injure yourself.

You’ve Got Only One Shot, Babe

As mentioned, when I was using my first tube, I was still quite a noob at eyeliner. Its lack of pigmentation meant that I had to go over the line a few more times to get the intensity I wanted.

Once it dries, and you try and go over it, it becomes flakey and removes the previously drawn line. What the…?

Definitely not motivating for eyeliner amateurs.

What's worse is that over time, the felt tip produces these funny fur-like strips that get in the way and the eyeliner lands on places you don't want to. 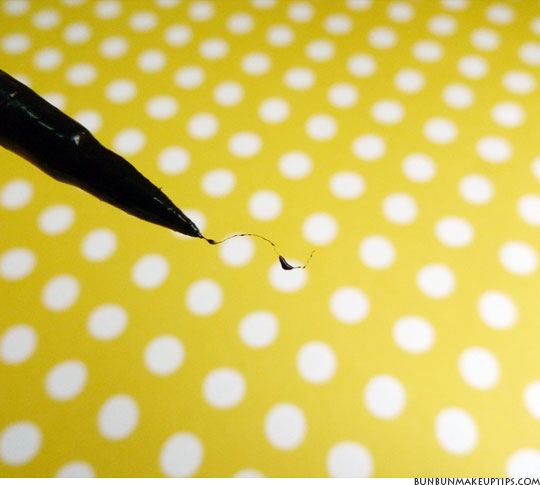 Transfers Onto Skin Above Fold

Yes, the Revlon Colorstay Liquid Liner transfers onto the skin above my fold. This can only mean that the formula is too wet and needs more than a couple of minutes for it to dry completely. You'll have to close your eyes and waste your time waiting.

And then, even if you think you’ve waited long enough and the eyeliner has dried, it sneakily leaves a horrifying line at the top of the fold some time during the day!

This attribute is by itself enough to warrant a ‘Never Buy This Again’ summon. But ahem, yea, I still went to get it a second time because when I was using my first tube, I’d barely started onto the whole makeup fixation so I thought it was my technique that caused the transfer.

Not Resistant To Anything

The Revlon Colorstay Liquid Liner is not smudge-proof, waterproof, oil-resistant. In other words, this is the kind of liquid eyeliner that will give you racoon eyes. Yikes!

I have extremely oily eyelids and this would smudge like there’s no tomorrow by mid-day. No matter how I prime my lids (with UDPP) or set powder on the lower lash line to mattify the area, the Revlon eyeliner would just smudge away, despite drying to a matte finish.

Some people say the Revlon Colorstay Liquid Liner is long lasting. Some swear it’s their HG eyeliner. I can only say different products work for you and me. Maybe it works wonderfully on people with dry skin because maybe then the transfering on the skin won’t occur at all. 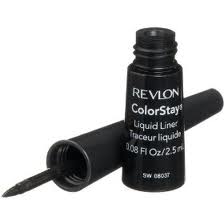 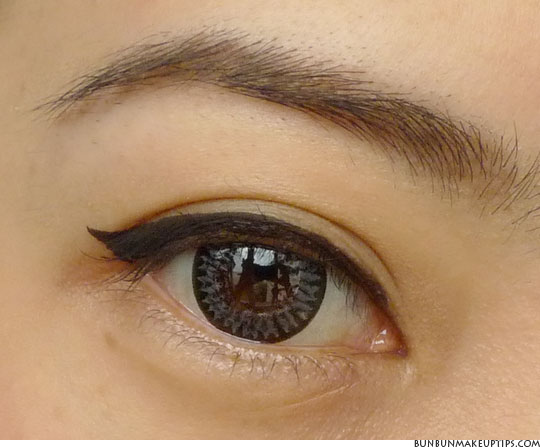 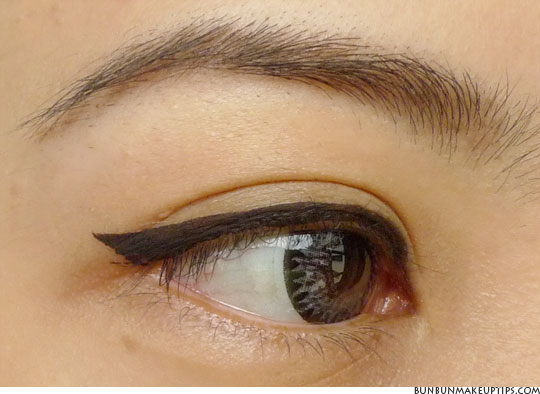 I should start a tutorial series on how to apply eyeliner. 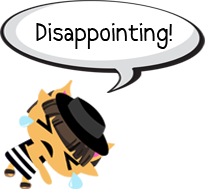 This is quite a commonly owned eyeliner, so do share what you like or dislike about it.

What do you do with eyeliners that you just can't bear to use anymore?