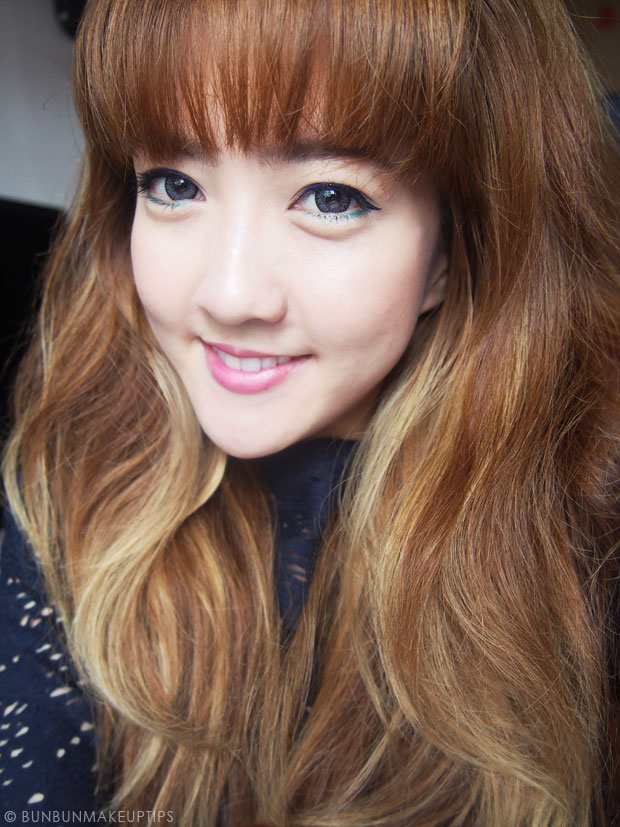 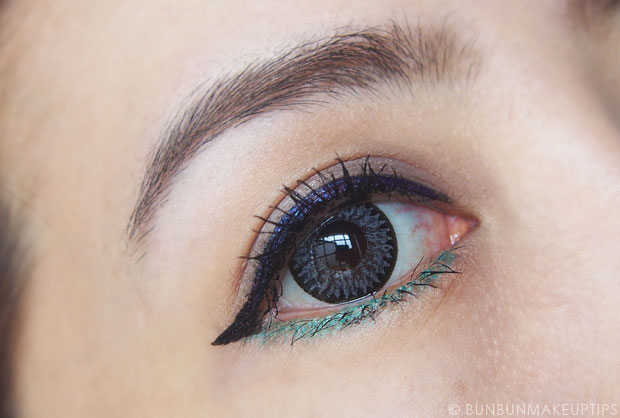 Without eyeliner, I feel ghost-like, featureless, anaemic. Hahaha. Okie, not that serious, but eyeliner can make the eyes look larger, more soulful, and depending on the angle and intensity drawn, exudes sexiness/youth/innocence.

I wear black eyeliner almost 90% of the time, but sometimes black can be too harsh, other times black is just... you, know, flat. So when I'm in the mood for something fun, I'll throw in a color or two!

What I did for this look was draw the first eyeliner layer with black, then top it off with Lancome Artliner 24H in Amethyst. This purple doesn't behave too well on its own - it's too diluted and not pigmented enough for my liking, but when laid atop a black eyeliner base, it's really pretty! I used Shu Uemura Calligraph:ink here, in fact, I use this almost every day.

See that I concentrated the purple on the centre part of the eye, leaving the flick in opaque black to give dimension and differentiation.

I like that it's not an overkill, still appropriate for a corporate environment but reveals a little of my fun and adventurous self. 🙂 You can leave it as that but I added a mint shade for the lower lashes - Marc Jacobs Highliner Gel. I LOVE these, but they're quite pricey.

When I go for colored eyeliners, I usually keep the rest of the makeup and especially the lids clean - a neutral shade or nothing at all. You want to keep the focus on your eyeliner efforts.

I have swatches of the liners mentioned here. 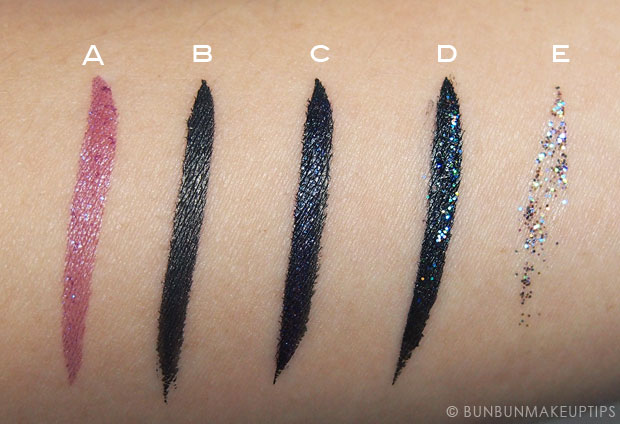 A: Lancome Artliner 24H in Amethyst

I also like Urban Decay Heavy Metal in Spandex, a deep blue-black with iridescent glitter, so that's an alternative to the Lancome one.

It's not too in your face, but people will catch it when you blink. So bat your lashes or look down more often. BAHAHA. 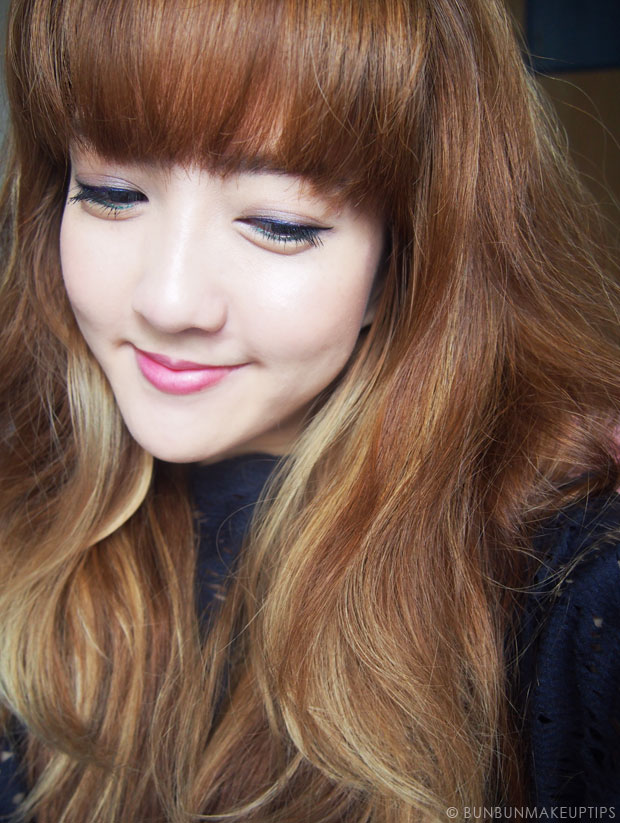 What are your favorite eyeliner colors besides black (and brown)?