As you might have noticed, I don’t do makeup looks very often just because when I do my makeup in the office, I can’t afford the time to go on a photoshoot craze after having spent half to three quarters of an hour doing my makeup and hair.

Now that I do my makeup at home more often and have more makeup looks to share, I was just looking through my files, thinking of which makeup look to put up when I spotted a folder aptly named ‘Mosquito on my head’. LOL! This set of pictures were taken 4 months ago, and I find it really amusing even now and decided to share it with you guys.

On that faithful morning, I was to attend some important meeting and a photoshoot so a neutral palette was the look of the day. You know, light beige, brown, dark brown, black – boring. Gimme my pinks, purples, blues, gold, greens, anytime!

We had some time before the photoshoot, so I quickly snuck to the toilet for some camwhoring. 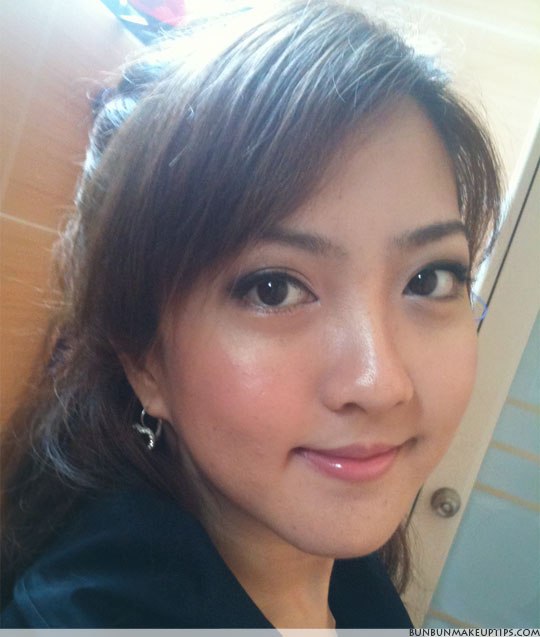 Oh, these photos were taken with my iPhone 3GS so they're not as sharp. I'm dyyyyying to get my hands on iPhone 5! Anyone anxiously waiting for the launch too? =)

Then suddenly I spotted a black dot on my forehead. I couldn't possibly have made such a huge silly mistake of staining my forehead with mascara goo or gel eyeliner residue, right? Instead of acting on instinct, which is supposedly swiping that irritating black dot off my head, I stared into the mirror.

Upon closer look, it was a MOSQUITO! Couldn't be any clearer due to its trademark black and white stripes.

And instead of acting on instinct once again, I had to take a picture of it spending some glorious time sucking blood out of my forehead. 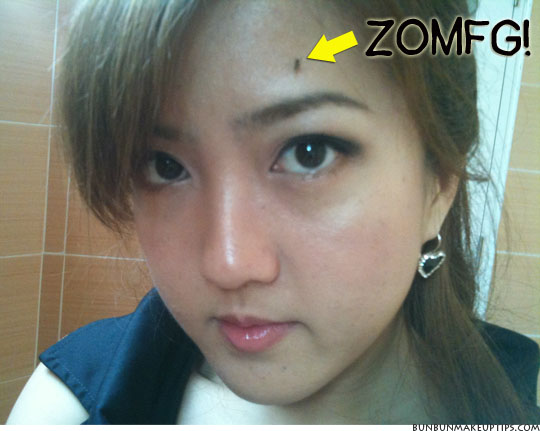 The picture's all blurry and the lighting's all wrong, but this was the only picture I had of me and my mosquito.

And as you probably would know (unless you live in a place void of water, maybe Mars), a few seconds of sting from a mosquito usually results in a 'wound' that can grow as big as a Singapore 50 cent coin. 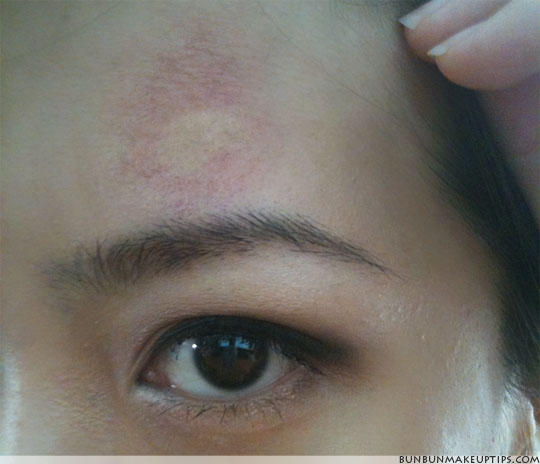 My hair parting was on the left, and the mosquito bit me on my left, so the bite was exposed. 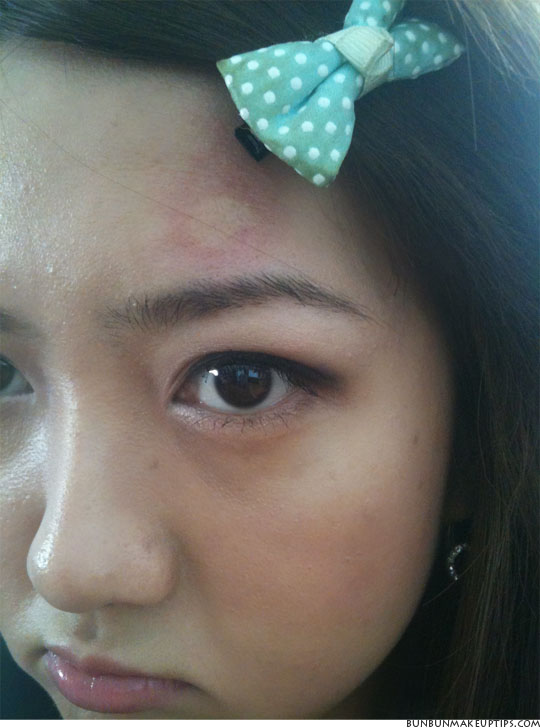 So that was how I looked for a good half of the morning, then once the right parting was set, the fringe was used to cover the bite. I kept laughing at myself and my colleagues laughed too. We just found it all very funny - that a mosquito had to land right smack on my forehead, that I had the time to analyze it instead of swiping it off, that I took a picture with it and let it bite me for longer.

Oh, I did kill the bugger after that. It must have had such an awesome bloodsucking session it didn't see my hand coming. The concoction of Revlon Colorstay in Sand Beige and my sweet-tasting skin must have been such a delectable treat for it that it had to die trying, literally.

Desperate times call for desperate measures. I'm not sure if this is an Asian thing, but this is what generations pass on to generations - your saliva is like the ultimate medication for insect bites. Just erm, spit saliva on your finger and rub it on the affected area. Works every time and is good for areas where you know Mopiko might be too harsh on the skin, like the face.

Good thing the bloatedness and redness subsided just before the photoshoot.

Haha! What a weird post but I enjoyed writing it and reliving the moment.

What weird incidences have you had with insects? Or did funny things happen while you were taking pictures of yourself? Do share! We will all love to hear them! XD