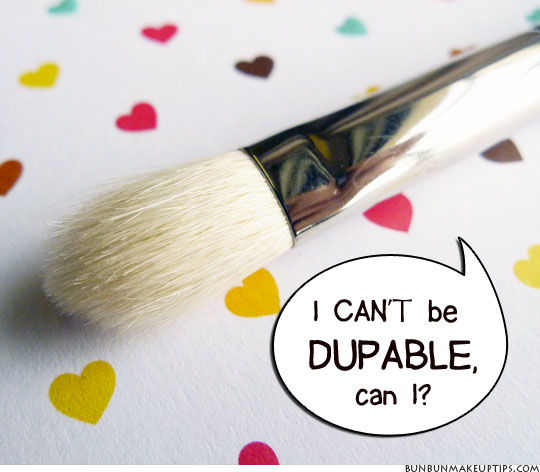 It’s really fun doing reviews and comparing dupes of famous (and famously expensive) makeup brushes. Previously I did a dupe review on whether the Loew-Cornell Maxine's Mop 3/8” is a good substitute of the MAC 239 – Flat Eye Shader Brush.

MAC 239 and 217 are two must-have and much loved brushes of every makeup artist or junkie. There are many brush dupes out there but people (like me who bought a lot of dupes) ultimately succumb to the softness and precision of these two incredible MAC brushes.

Also, MAC brushes are more available internationally to the masses than some premium brushes (eg. Adesign, Royal & Langnickel) and others which one would otherwise probably only be exposed to at exclusive MUA events like IMATS (International Make-Up Artist Trade Show). I hope to attend IMATS one day. Please come to Singapore!

Like the Loew-Cornell Maxine's Mop 3/8”, it looks very much like a typical art brush and is lightweight. It is also longer than the 217. I prefer my makeup brushes to be fatter at the handle and weigh a little more. 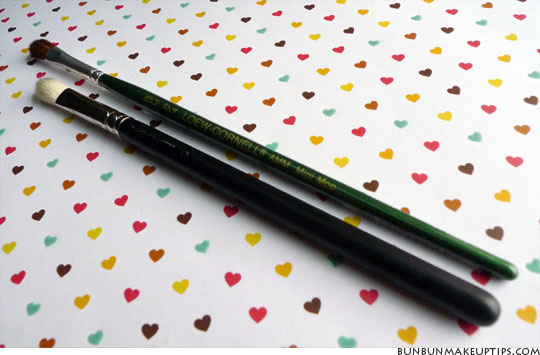 The Loew-Cornell 1/4" AMM Brush has brown natural bristles made from camel hair. The green handle is a little turn-off for me.

Compared to MAC 217, the bristles of the LC brush are less fluffy and much less dense. It picks up much less color than the 217 so I have to dip into the eyeshadow more times than I normally would with the 217. The LC brush feels kinda incomplete with insufficient bristles, like they made it half-way and stopped. 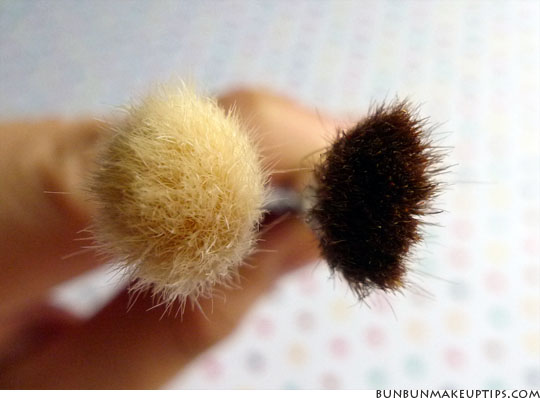 The bristles of the LC brush are less stiff, so I have less control over application. The 217 is stiffer but in a good way because you can maneuver with more control – it is fluffy but not flimsy.

The Loew-Cornell 1/4" AMM Brush is more domed-shaped than the MAC 217 and with its less dense bristles and over-flexibility, I find that I have to work harder to blend with the former.

If I had to choose one thing I like about the Loew Cornell AMM brush, it'd be... its size. Maybe coz its bristles are shorter. I find the 217 slightly too big to apply on my crease and contour area so I use the Stage Shadow Smudger (which I got from the Stage Moving Out Sale!) to pack on color first, apply on the contour area, then blend out with the #217. 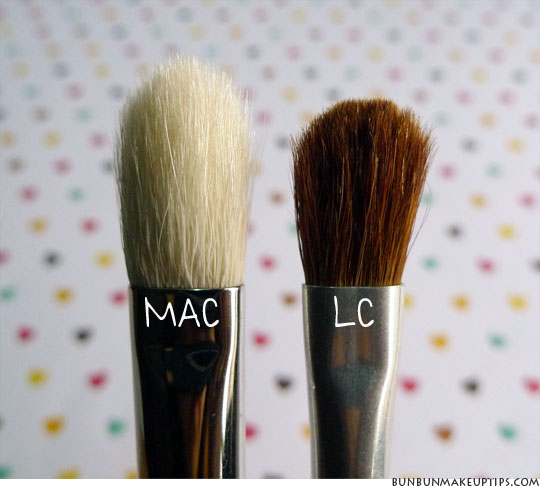 But overall, to be honest, I was most disappointed in this brush among the 3 LC brushes bought because I had the MAC 217 to compare with immediately.

In my previous post I related my story on how I finally managed to attain the Loew Cornell brushes in Singapore, in a secluded part of Yio Chu Kang. Prices of the other two LC brushes are stated there as well.

See, I haven't used it much at all. Compared to the Loew-Cornell Maxine's Mop 3/8” which is a known dupe of the MAC 239, the wordings on the AMM brush handle still look as good as new.

So despite all that love for the Loew-Cornell 1/4" AMM Brush in blogs and forums, I personally don’t think it is comparable to 217. The e.l.f Blending Brush doesn’t come close either (and mine has shed like mad).

I used to think that it was such an extravagance to pay an arm and leg for MAC brushes. U$22.50 is a lot to pay for one MAC 217 brush, especially for people who don’t have high disposable incomes or are just starting out on makeup. But honestly, if you use the brushes every day, and they last for YEARS under your care, they’re worth the investment.

It’s okie to use the Loew-Cornell 1/4" AMM Brush as a temporary blending brush… and then SAVE UP FOR MAC 217!

The next picture I'mma show ya is kinda embarrassing. Look at what has become of my MAC 217. 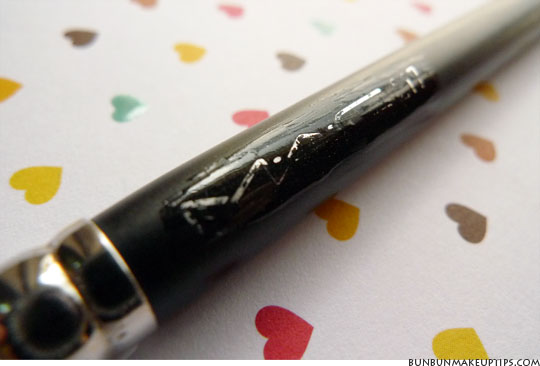 I did what Enkore and many other gurus recommend to retain the silver coated brush names on MAC brushes - to paint over with nail polish top coat. Now my baby's ugly.

Have you used Loew-Cornell or any paint brushes as makeup brushes?