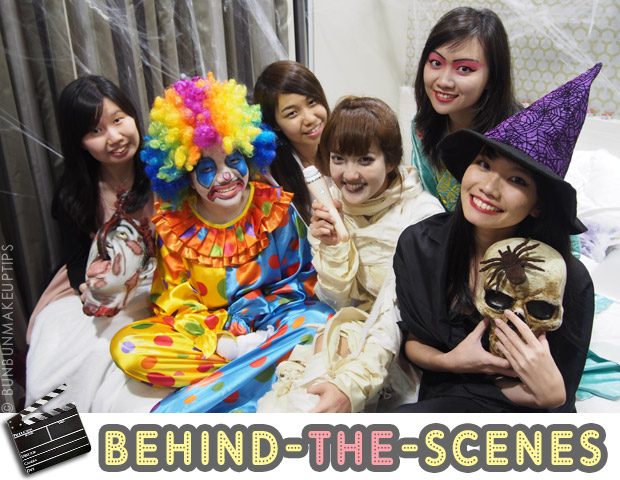 YAY IT'S HALLOWEEN AGAIN!! (Actually it no longer is, at the time of writing, but it was at the time of the shoot. Nevertheless, I love to pretend that it's a day for dressing up every day HOHO)

To prepare for this shoot, there were weeks of conceptualizing and planning! UGH! I don't know why I had to choose a Halloween theme for my Philips Visapure video. #liketomakethingsdifficultformyself. We had A LOT OF FUN though! So glad and grateful to have my girlfriends make time for me.

Shopping for props and costumes took days as well. I had to get appropriate props - we had wayyyy more props than they appeared in the video and pictures, think of how to execute the makeup in the best possible time, and how to do it all with the least possible cost. OMG I even did an Excel spreadsheet for cost budgeting.

What I totally UNDERESTIMATED was the amount of work needed to transform myself into a mummy. *slaps forehead

I bought 2 types of cloth - a coarse eggshell cloth and a softer light beige one, you know, coz the Egyptians didn't have cloths all dyed the same shade, right? 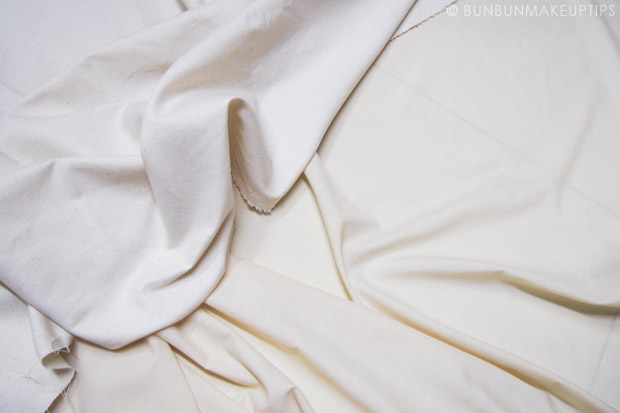 Luckily my dad helped me with this! I was sulking at the sheer amount of cloth I had to cut when he came and taught me a quick trick. Just cut at the edges, 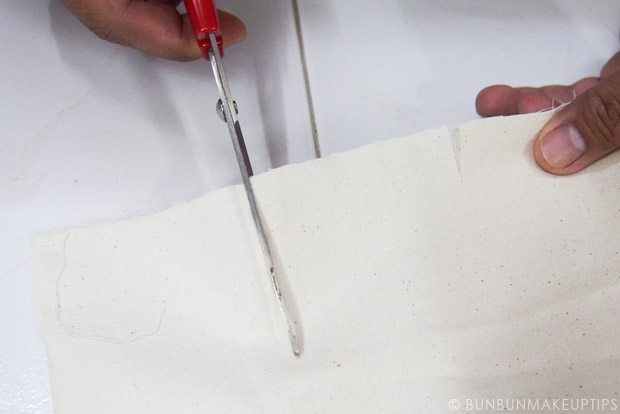 AND TEARRRR!! So easy! We were done in minutes! 😀 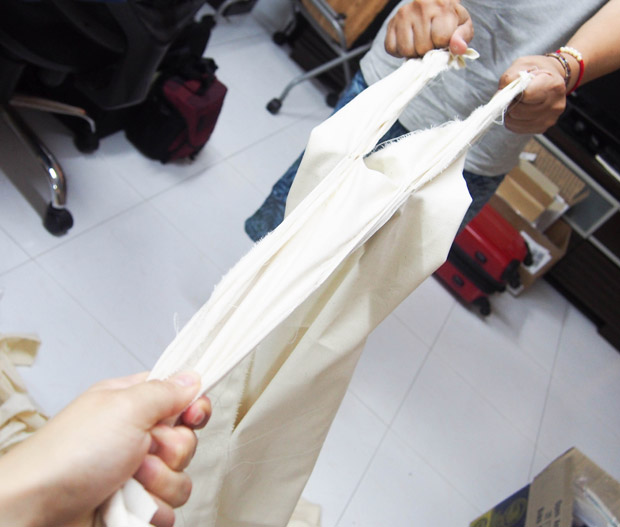 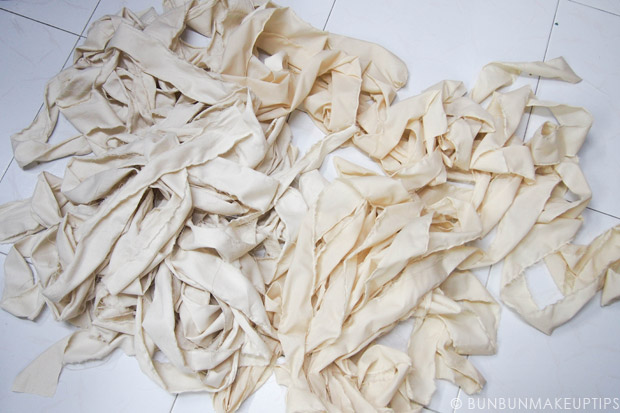 On the day of the shoot I went to collect the props and clown costume from the costume shop (super expensive, please! =.=") and checked in to the hotel. 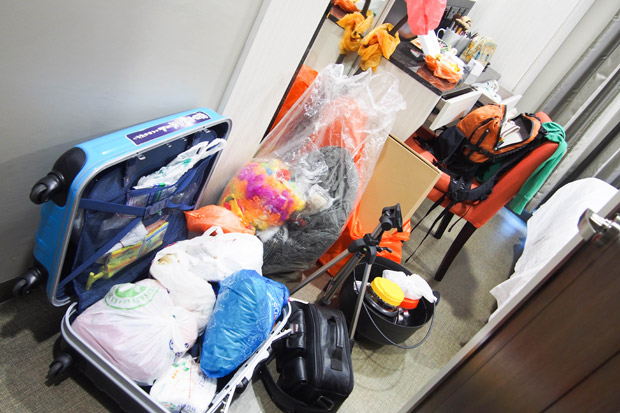 I tried wrapping myself up. It was very fun - AT FIRST. Then I realized it wasn't easy doing it myself and the cloth kept unwrapping! Grrr!! 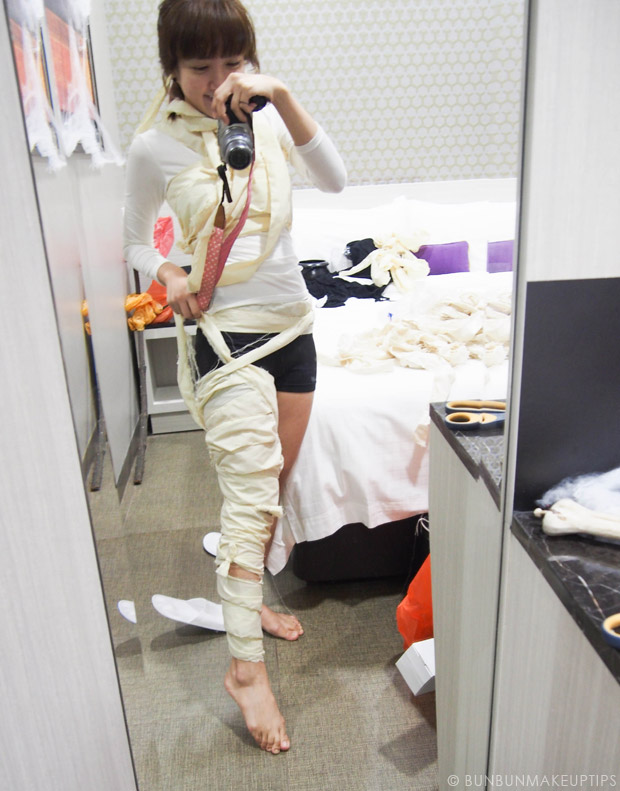 So I got started on the makeup, which took like, 10 minutes max to complete. I chose the mummy costume thinking I'd save plenty of time on makeup - no wounds, no blood, no contouring - but the costume took about 10 times as much time. Regret x 10!! 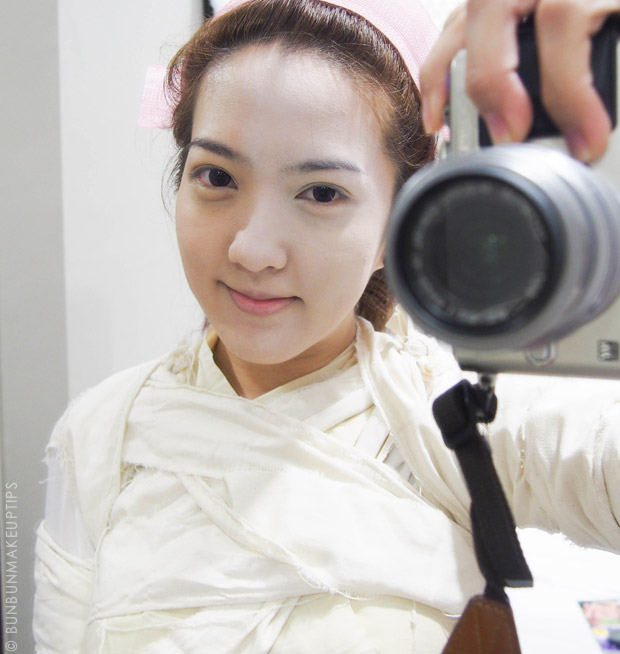 Luckily I had help from my good friends! Everyone rushed down after work and didn't even get to eat a proper dinner, just packed food bought by one of them, I can't even remember who coz so many things were happening at the same time! I didn't eat until after filming wrapped up at 4am. 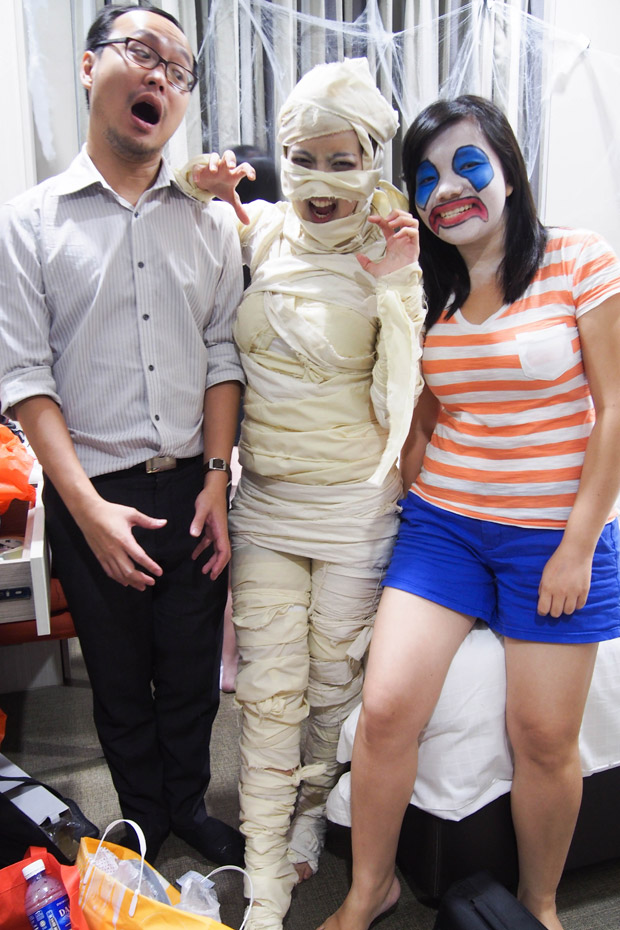 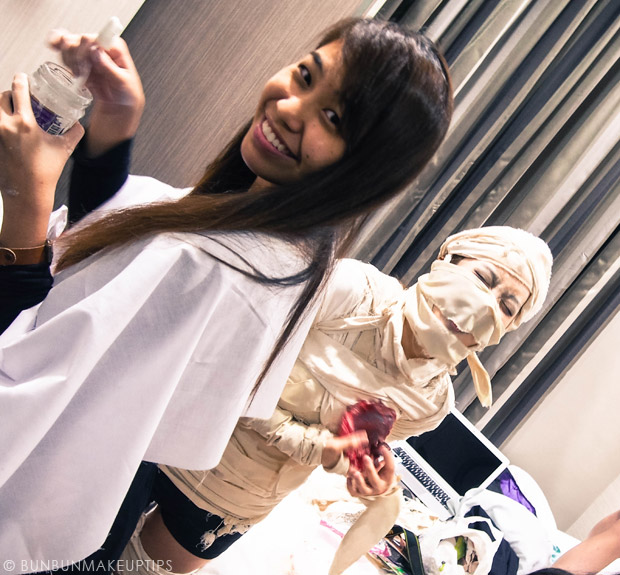 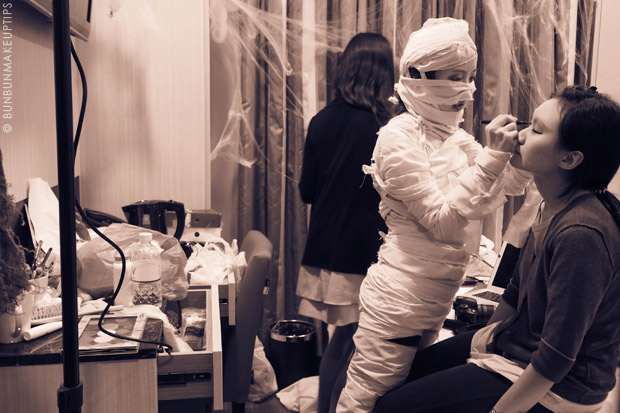 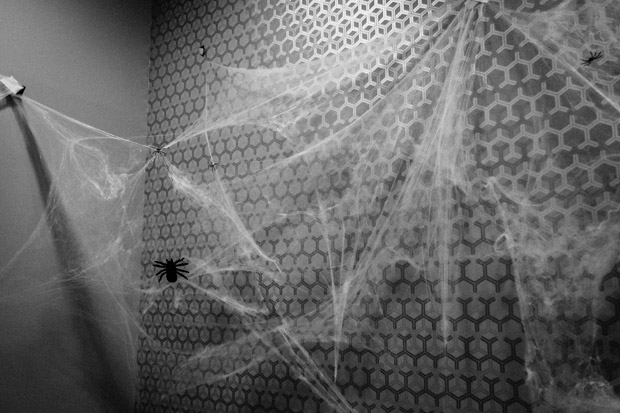 AND THEN SUDDENLY SOMETHING HAPPENED!! 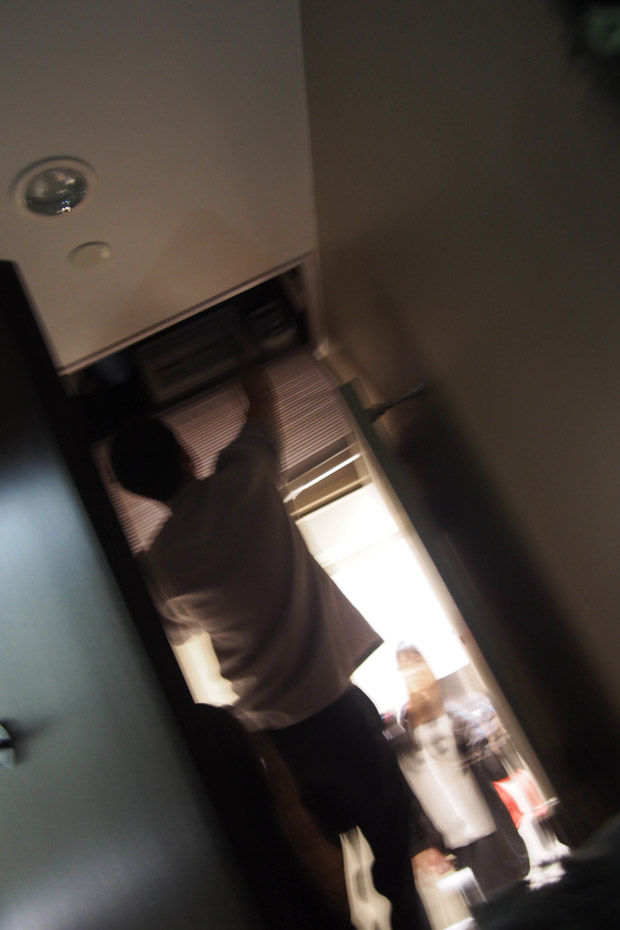 There was a BLACKOUT!!!

And it was only OUR ROOM!!!

The blackout made it very difficult for us to carry on with our preparation but we made do with whatever light we could manage. It was kinda... creepy... coz we were in 'undead' attire and about to film something scary. The blackout lasted very long and the electricians couldn't figure out what was wrong.

When the lights finally came on, they went out again. Oh my goodness.

Filming definitely got affected and went late into the night. Thank you so much to my friends and videographer for being so patient with everything! 😀 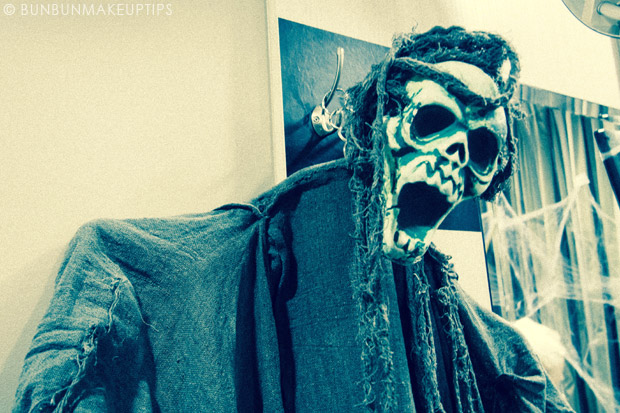 See if you can spot this guy in the video! HAHAHA! 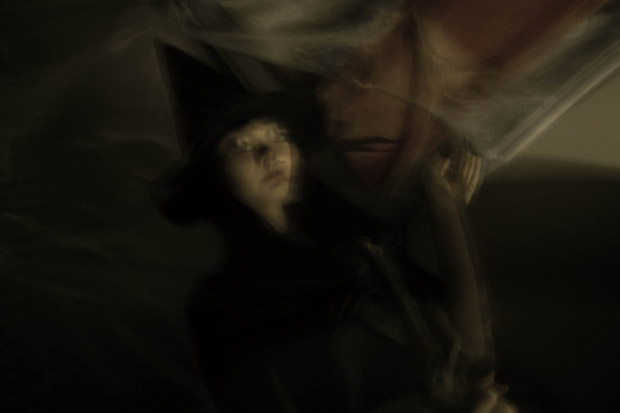 Death stare + slow shutter speed in almost-darkness = one of the reasons for blackout. LOL

Bought this cauldron at Spotlight for S$16.90 I think. The organs were from a shop and we DIY-ed the starch mixture. I even ordered dry ice which we placed beside the cauldron. The effect was fantastic, the whole room was super smokey but I don't think the camera managed to capture the fog. =(

No, it wouldn't have triggered the fire alarm because it's dry ice, not hot fire - in case you were wondering. Heh. 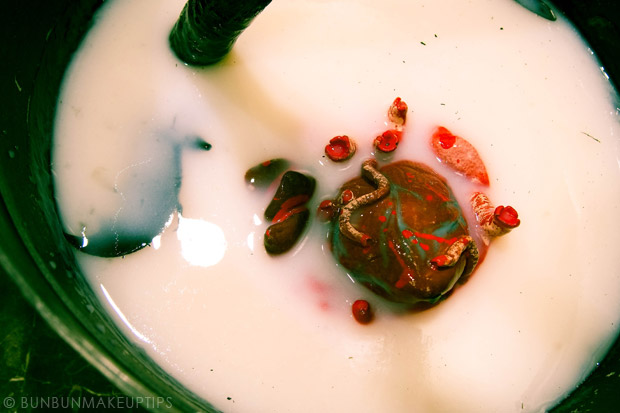 Witch was brewing a special concoction of organs, spiders, cockroaches, and snakes

Sadako can be tech-savvy too. HAHAHA! 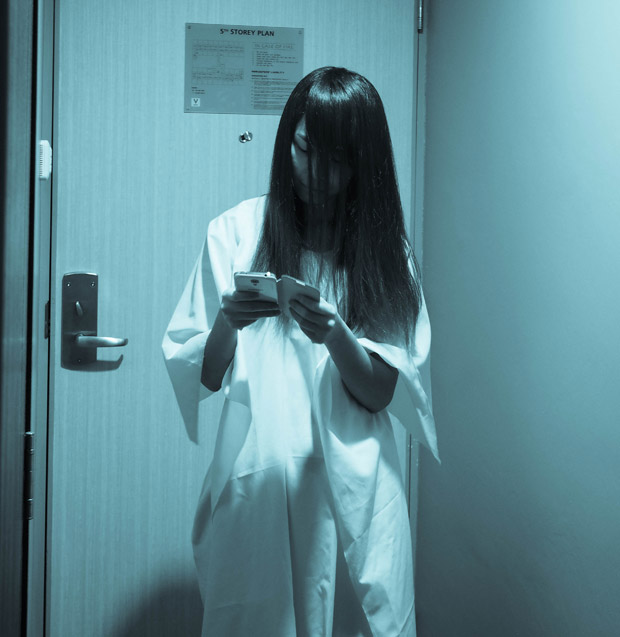 Then it was time to unwrap the mummy. Took SUPER LONG. 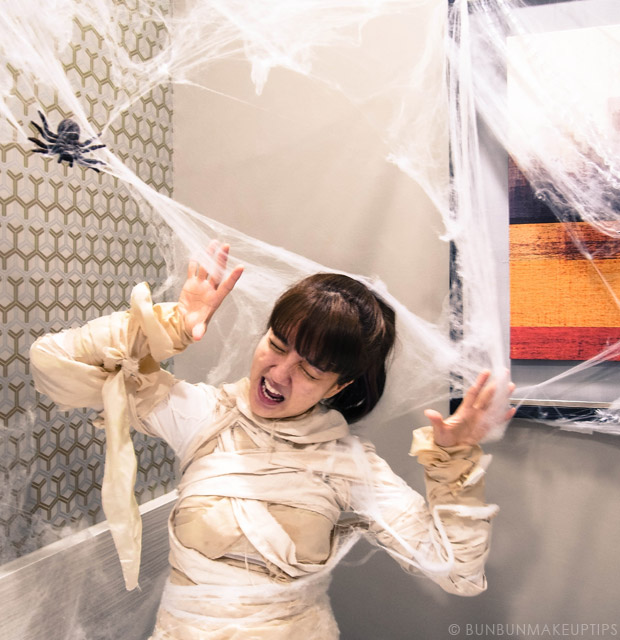 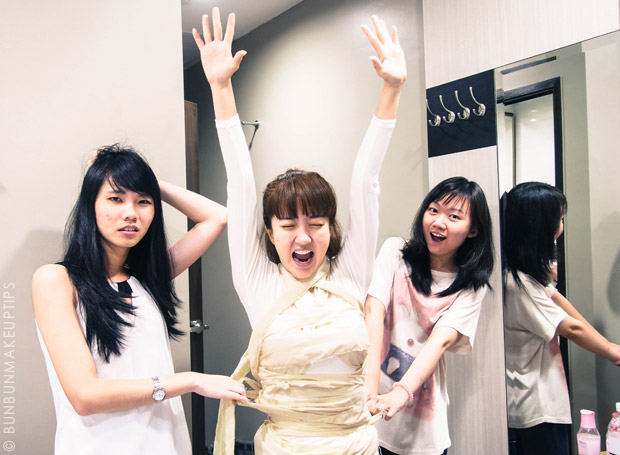 I thought I would, at 1.55m, need not much cloth but I WAS SO WRONG. To ensure it looked some-sorta convincing, so much more cloth was needed that my friend had to rush to Spotlight to buy more cloth for my stoopid costume. 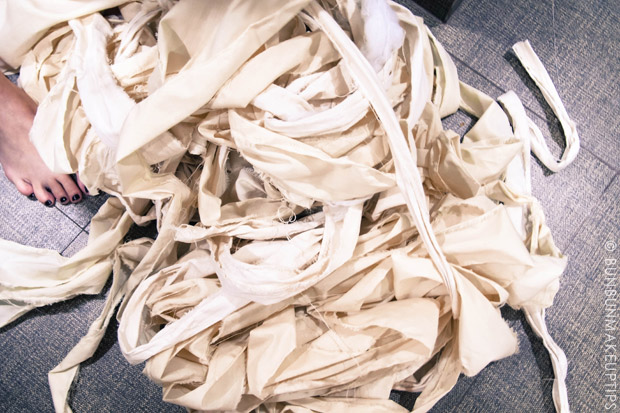 Don't Be An Egyptian Mummy!

Seriously, if you were ever considering an Egyptian mummy for a costume, I would strongly advise against it.

Not much makeup needed, but you would spend an insane amount of time and money on cloth and getting ready. I would have been better off getting a costume from a shop and use the saved time expediting the preparation process and bring forward the time we actually started filming.

I was immobile for the most part and felt so helplessly useless. 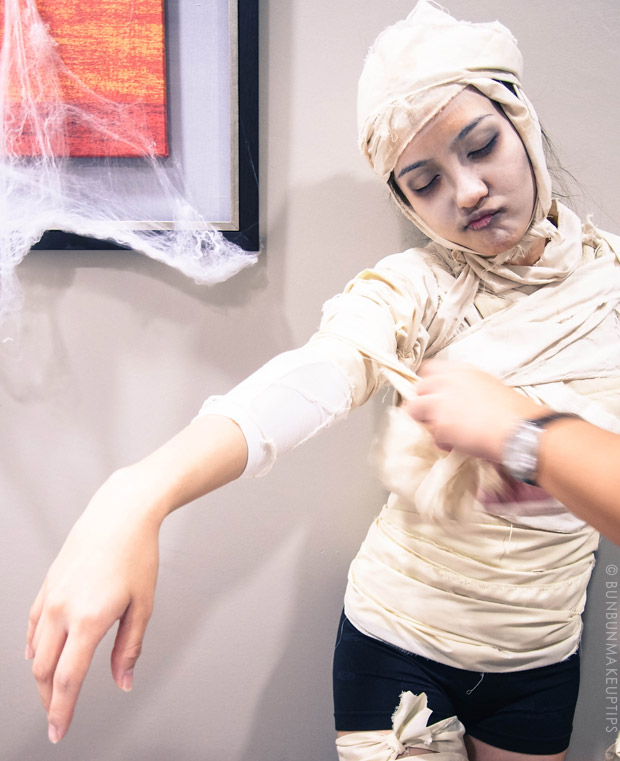 This shoot would not have been possible if it weren't for my good friends!

BIG THANK YOU to:

- BFF - For rushing from work to accompany me for a while and start wrapping me up, rushed off for something and came back again later, even though you had absolutely nothing to do with this shoot. HAHAHA! Reminds me of the time when we would all go to your house to do project even though you weren't part of the group, just because your house is very centrally-located.

- Honey (Sadako) - For being the very chill Sadako and helping in every way possible. Whenever there's you in a situation, I know things will definitely turn out alright! My Honey will be my bride-of-honor. ^_^*

- Min (Clown) - For playing the role of a murderous clown so well! Your emotions and eerie roar of laughter sent chills down our spines!! Super convincing! So sorry the costume made you itch so bad after filming! Tsk you really never know if costume shops really send their costumes for dry cleaning.

- Hm (Witch) - For your outstandingly rendition of a witch's high-pitched screech and not breaking character even when we were laughing like mad in the background. You have such a beautiful soul (and face), my dear! Believe in yourself! =)

- BlurKat (Opera Singer) - For surpassing my expectations of your acting chops. Your portrayal of a mad opera singer was spot on! Super freaky please!! Great job on the cobwebs too!

- Siew - For coming down to the shoot and helping and staying throughout even though you were camera-shy! And for helping me get the extra cloth for my stoopid costume and going for supper with me! So grateful to have you help me pack all the stuff in the morning. I wouldn't have been able to do it by myself!

While I was getting wrapped up in my lonely little corner and could only delegate, my friends helped me make the witch's starch mixture, jars of colored liquid with insects in them, hang the cobwebs, light the candles, arrange the props, and helped each other with makeup in the best way they could manage. (BAH! I would have been able to take pictures of these wonderful stuff had I not been so immobile!) 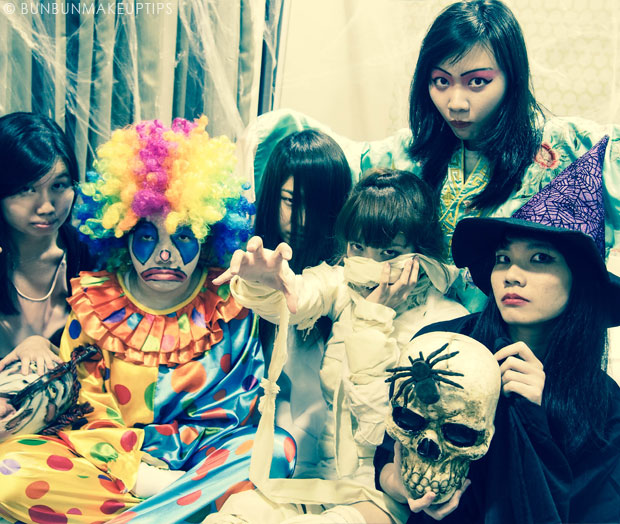 And thanks to YOU for reading! Hope you enjoyed it! =)