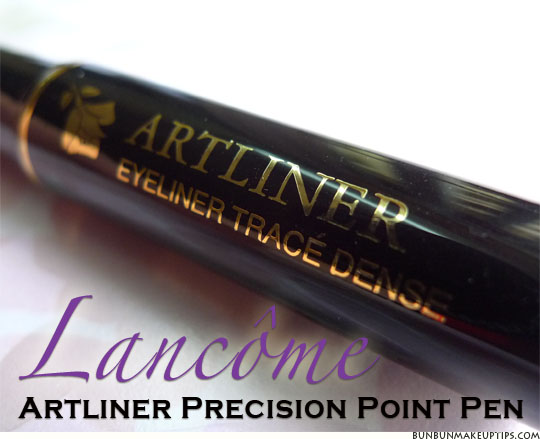 When the likes of Michelle, Rae and many other beauty gurus use a certain product in many of their videos and list it as one of their favorites, it is hard not to notice and be intrigued by what wonders owning one yourself might do to your life.

Own Lancome Artliner = Happier me? LOL.

Like most people, I started off with pencil and liquid eyeliners and only transited to gel eyeliners after being exposed to them in the makeup community. Gel liners are usually much more expensive, but given their longer lasting power, I’d definitely pay to get those instead of liquid ones.

I’ve had some terrible experiences with liquid eyeliners, like the MAC Liquidlast in Inky which was a disaster even though it IS the best smudgeproof eyeliner ever. Revon Colorstay Liquid Liner doesn’t quite cut it anymore ever since I started gel lining. The only liquid eyeliner I like so far is Bourjois Liner Glitter Fizz – I must do a review soon! It is gorgeous and easy to apply!

It does not come as a surprise that I am far from being ecstatic about the Lancome Artliner Precision Point Eyeliner. 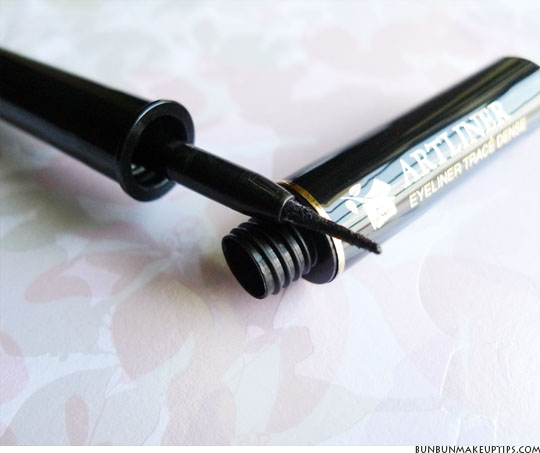 In a sleek black tube with gold wordings, a cleverly designed cylindical absorbs color from the little jar to allow the user to use it as a pen, a felt-tip pen.

The design of the Artliner Pen is different from typical eyeliners, where the brush is usually too flimsy, or too rigid, or just horrible like the MAC Liquidlast Liners. *shudder* 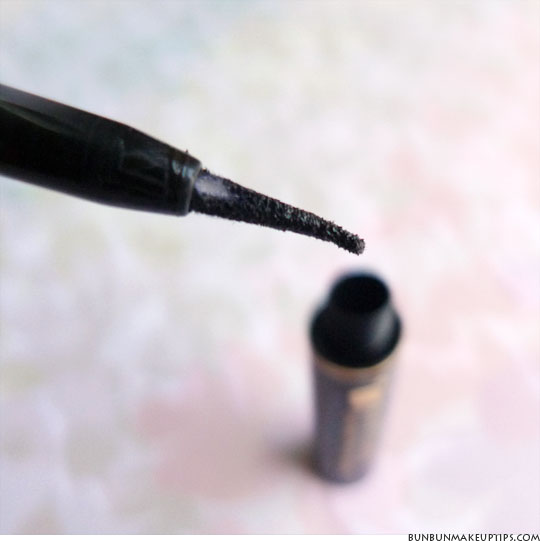 I don’t know why, or how, but I managed to easily BEND the applicator tip after the third use. I don’t even have mighty strength!

I think I’m the only one who has had this problem since no blog I read has recounted such an unfortunate incident of the applicator bending AFTER THE THIRD USE. @[email protected] 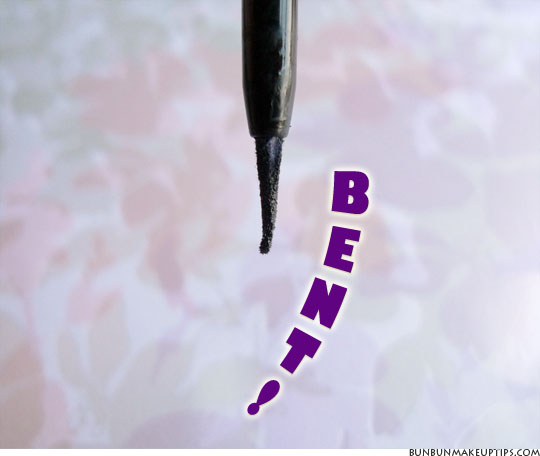 I must be Xena reincarnated into a small Asian body.

Not As Easy To Apply

Not that the bent tip affected the application much, but I didn’t find it exceptionally easy to use even when the tip was still straight. I have steady hands to boot, but the Artliner Pen didn’t perform as well as I expected it to.

Because of its watery (but not diluted) consistency, I find it not as easy to control the Lancome liquid eyeliner as compared to gel liners. It takes some practice to get a beautiful, clean line.

The upside is that the watery consistency is very forgiving, you can easily wipe off a crooked line or a blotch made with a cotton bud (Q-tip).

(In the following photos, I have zero makeup on except for the eyeliners) 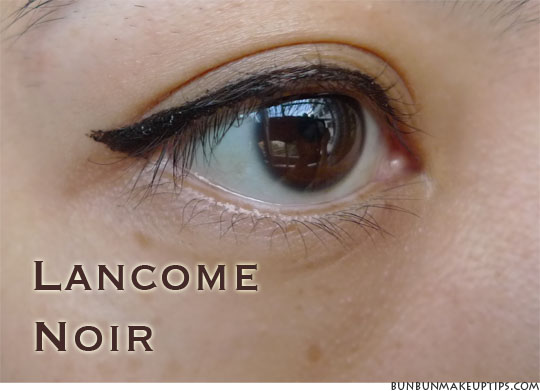 It took about 5 layers of the Lancome liquid eyeliner to get this opacity. Waste of time and product, I feel.

You know me, I like my eyeliner lines smooth and defined; I rarely go for the smudged out eye line. =) I love a sharp, winged out eyeliner tip, so SHARP that if it could be used as a weapon if it turned alive. LOL.

A sharp tip is not quite possible with the Lancome Artliner Pen as the tip is slightly rounded. A precise tip is possible only with a separate eyeliner brush like the MAC 263 Small Angle Brush or Sonia Kashuk Bent Eyeliner Brush, which are awesome for applying gel liners. 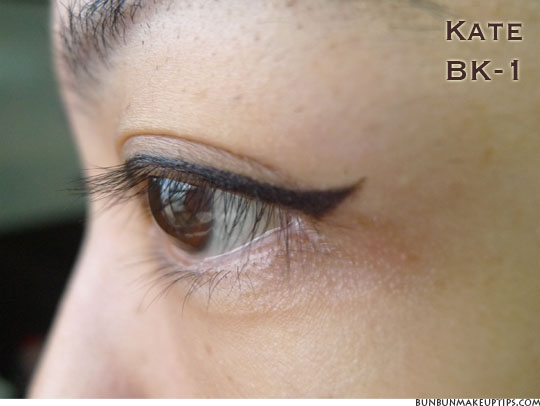 Many beauty bloggers/vloggers highly recommend this to eyelining beginners. I’d say the Lancome Artliner Pen definitely trumps many eyeliners out there in the market due to its firm, but flexible-enough applicator but I would recommend gel liners anytime.

The MAC Fluidline in Blacktrack is a very good gel liner to start with since it is less slippery than the Kate one, so it gives more control, although it is more expensive.

Owing to its slightly watery texture, the Lancome Artliner glides smoothly on the eyelid, however, it usually takes more than 3 layers to get it near-opaque.

I suspect I accidentally bent the tip out of desperation when even 3 or 4 coats weren't enough to get the opacity I like. UGH! + LOL!

Lancome Artliner Precision Point Eyeliner in Noir is a satin black, meaning it dries to a shiny sheer appearance.

Not that I don't like some shimma-shimma on my eyeline, but the way it dries to a finish is something like Inky. You know, like you can see cracks on the lids. This liquid eyeliner also accentuates the lines on my eyelids. Not so desirable, in my opinion.

Washes Off Too Easily!

I experimented with three eyeliners, subjecting them to splashes of water and some rubbing. 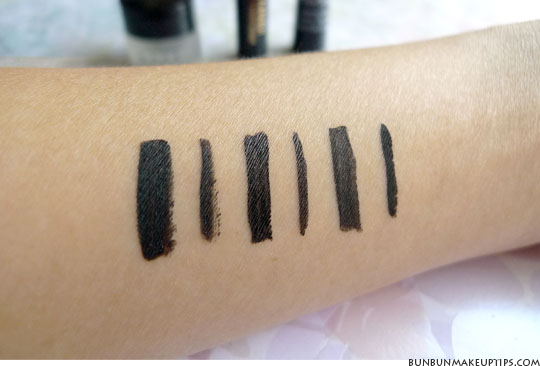 Splash on some water! 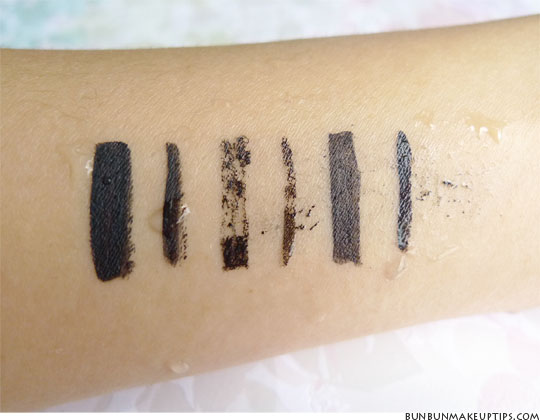 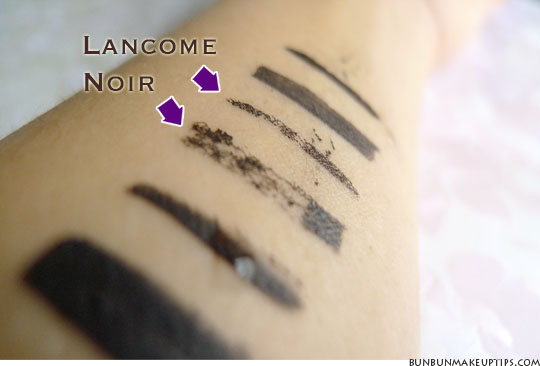 After some rubbing, Lancome is completely out of the game. >.<" 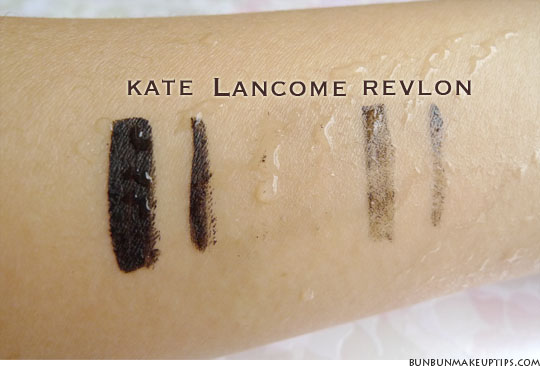 I don't understand why this product has been reviewed as 'waterproof'.

I can’t imagine how I'd look like if I were caught in the rain with the Lancome Artliner Point Eyeliner, or if I had to cry, or get hit by a random flying water bomb.

Even though it washes off really easily with water, one thing I like about this eyeliner is that it doesn’t flake nor smudge with my oily eyelids. No smudge marks under the eyes or racoon-like eyes at the end of the day. It also does not transfer to my upper lid, unlike the Revlon Colorstay Liquid Liner.

Do check out this article for a comparison between ‘waterproof’ and ‘smudgeproof’.

All in all, I think the Lancome Artliner Precision Point Eyeliner in Noir is not a lousy eyeliner (nothing can beat Inky!), I just don’t think it is as fantastic a product as some people rave. But if you like an eyeliner that stays put on oily lids and can be easily removed at the end of the day, give this a try! 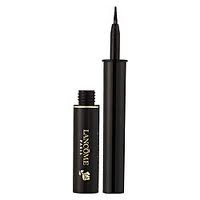 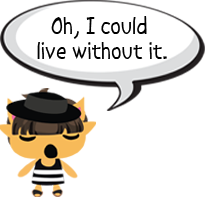 What do you do with expensive eyeliners that don't quite perform as you expected?

And... have you bent the applicator tip of an eyeliner before? LOL!