After my brief episode with the Rimmel Eyebrow Pencil in Dark Brown that made my black eyebrows appear even more fierce-looking and threw my eye makeup off-balance, I decided that since MAC is like THE standard for so many people, I should find my eyebrow antidote there. 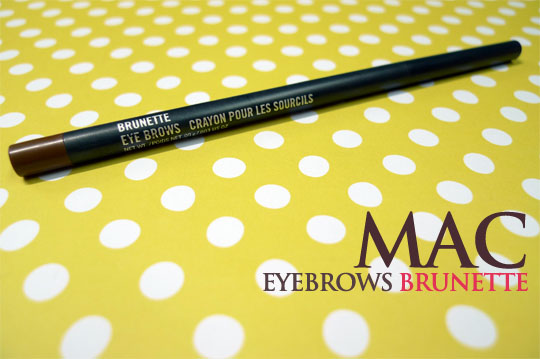 I went to the Raffles City MAC store and was recommended Brunette, Spiked, and Stud by the MUA (makeup artist). I tried them all on my bare brows and thought Brunette looked a teeny wee bit orangey on me but the MUA insisted it suited me best. Against my better judgement, I ended up with Brunette.

I am still perplexed as to why I went ahead and bought ANOTHER pencil in the exact same shade even before my first one ran out. Maybe I was afraid of not being able to find another eyebrow pencil that would suit me quite as well. The thing is, after I got my second MAC Eyebrow Pencil in Brunette, it has been lying in my makeup stash collecting dust. The NYX Automatic Eyebrow Pencil in Dark Brown has totally owned the stage.

Creamy, glides on smooth and very blendable, drawing the eyebrows with this is fast and easy. However it does not have as much staying power as the Rimmel or NYX pencils.

The tip of the pencil is shaped like an oval, giving you control over how sharp you want your eyebrow tail ends and arches to look. 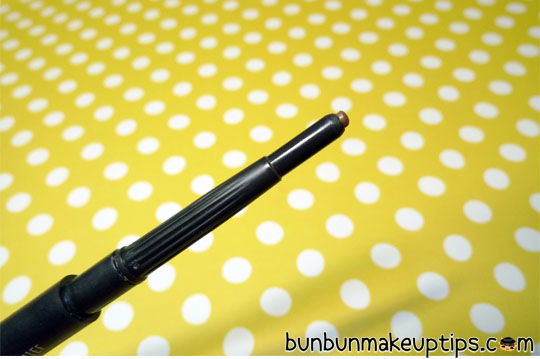 I like that the MAC automatic eye brow pencil automatically sharpens itself when twisted.

It is non-retractable! Once you twist it up, you can never bring it back down so you’ll never know how much of the product you have left. Goodness! It is mental torture just guessing when it will run out. What if it suddenly ran out on the night of an important dinner! I wouldn’t want to go anywhere with angry-looking eyebrows drawn with the Rimmel pencil!

I think it’s probably because of this need to feel secure with a backup that I impulsively bought another MAC pencil. MAC plays mind games!

I’ve read of many people who have had bad experiences with MAC makeup artists recommending the wrong shade of foundation, concealer, blush… and now I’ve my share of wrong color match too. True to my instinct and judgement, Brunette has appeared a little orangey on my black eyebrows. If you looked closely, my natural black brows and Brunette eyebrow pencil color don’t meld. Very awkward. Is it because of my black hair (4 months ago)? Brown hair (now)? Dark eyebrows? Black eyes? 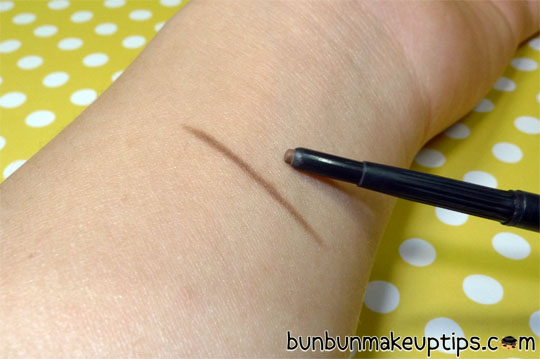 Probably Spiked would have been a better choice.

I recommended MAC eyebrow Brunette for those with naturally slightly brown eyebrow hairs or those seeking to achieve that look. 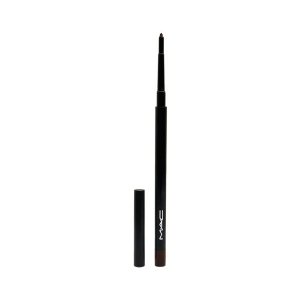 So tell us, what do you think of MAC eyebrow pencils?