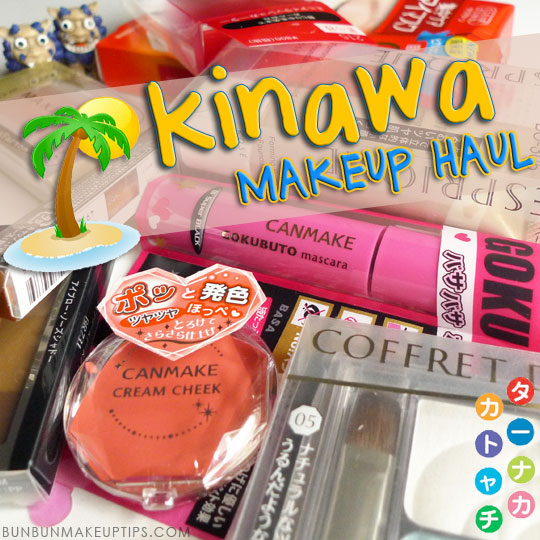 I love the cover picture of this post! Nice right!!! 😀

When I think of Japan, I think mad crazy colorful stuff with hiragana (Japanese characters) splattered all over the place. I think that's what makes Japanese fashion magazine so fun to read - the characters are just there for decoration and you really focus on the apparel, accessories, makeup, etc. Taiwanese magazines follow that style rather closely, but I can read Chinese so I end up spending time trying to read the traditional Chinese characters and that takes away half the fun. Lol.

Okinawa was advertised as 'Hawaii of the East' by the radio station that I listen to and joined the tour group, hence the tropical feel. You can read about my awesome Okinawa trip here! 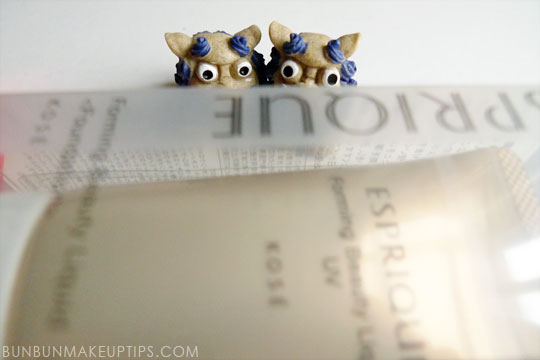 Did you manage to spot these in the first picture? You're really sharp if you did! *clap clap whistle whistle

These are the shisa lions and they can be seen on rooftops and entrances of buildings and actually, almost everywhere in Okinawa. Used to ward off evil and keep good spirits, these traditional Ryukyuan decoration resemble a cross between a lion and a dog. They come in pairs and their gender is disputable. You really can see them everywhere as they're from Okinawan mythology. Some look very fierce, while some look as cute as anime.

It was very nice of the tour group organizers to give each of us a pair!

Here's what I bought at the SAN-A Naha Main Place Shopping Mall! It's a pity I don't have pictures to show you guys of the place and all the endless counters and shelves of products. The makeup arena is not too big, maybe..... about the size of Ngee Ann City Watsons? But I managed to stay there for two hours while The Boyfriend patiently waited.

He kept following me around and refused to go sit down for the first hour because he said he was afraid I would get kidnapped. Lol! His legs finally gave way and he went to sit down. I made sure to say hi every now and then. 😀 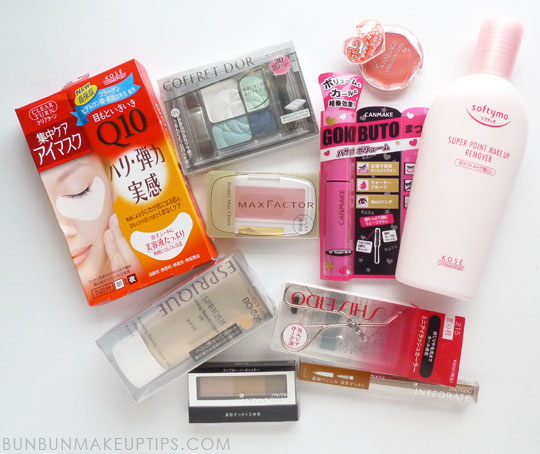 I tried to buy products not available in Singapore, like the Coffret D'or eyeshadow palette. I've seen it for YEARS in Taiwanese magazines and have yearned for it. Quite expensive though! JPY2940 ~ SGD45.00.

And there's Max Factor, a brand Lisa Eldridge loves. The counter at SAN-A didn't have any mascara though, so I got a blusher instead. I have no idea whether it's good or not; I just wanted to get something from Max Factor. That happens a lot when you're on vacation right? Buy and think later.

The Shiseido Eyelash Curler is not available in Singapore! It is the small and shorter version to reach eyelashes at the outer corner of the eye. I've been searching long and hard for it in Singapore and resigned to the sad fact that it's not sold here. So I was happy to have found it in Okinawa!

The Canmake Cream Blush... I really don't know why I bought that! I even got the EXACT SHADE I have - Sweet Apricot! I must have been lured by the price. It cost almost half of what I paid for it in Singapore. But still, why so silly to get the same shade?! LOL! I think I'll give this away. You want? You want? 😀

Same goes for the Canmake Gakubuto mascara. We have it here but I got it for almost half the price.

Before you think everything Japan-made is much cheaper in its country of origin, stop! It is not true and I have the Kose Esprique Foundation to prove it. I loved the texture and coverage when I did swatches and immediately assuming it must be cheaper in Japan, bought it even though it has a hefty price tag of JPY3675 ~ SGD57.00. Almost the same price as Make Up For Ever Mat Velvet Plus Foundation. When I came back, I found out the Kose Esprique Foundation is cheaper here! About 2 or 3 dollars, but still. Tsk.

Just a little while back I was makeup haul-crazy and now I have so many unopened products (my Okinawa haul is still in its ziplock bag =.="). I'll reprimand myself for spending so much but before you (or I) know it, I'll be hauling again. Bet it happens to you too! HAHA! *guilty laugh

I can't give you physical Shisa lions to ward off bad luck and retain good luck, but if you stare at my virtual ones long enough, I'm sure some of its magic will reach you! 😀 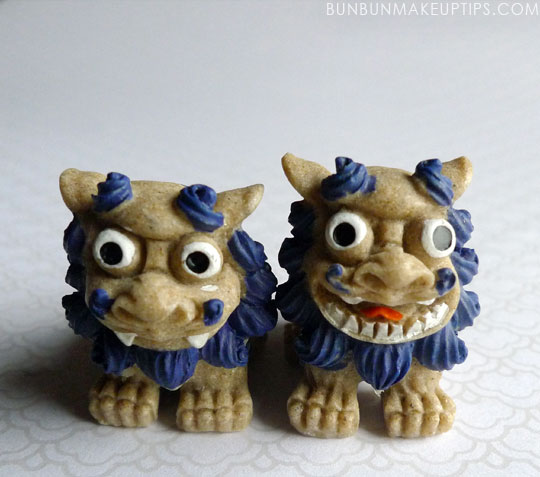 Have you tried any of these products? I'm so interested to know! Do you make impulse purchases on vacation? Any great regrets?