Under the scorching sun we trailed behind our guide who fervently led the way, crossing this street and that. Despite the harshness of blaring sunlight, we stopped for a brief moment to admire the blooms that lined the roads. Into a inconspicuous dark alley we stepped, and it felt like we were transported back in time, in some ancient period.

Upon reaching a brightly lit room, each of us sat before a tree stump, readied with 1.5 inch long wooden sticks and a small knife with a slant tip. Not knowing what to do we studied the master’s swift wood-cutting actions, his words in Japanese which probably contained plenty of important tips wasted on us. Haha. But as always, actions speak louder than words, and after realizing that no amount of staring would get us out of the situation, we cautiously picked up our own knives and attempted to make our own toothpicks. 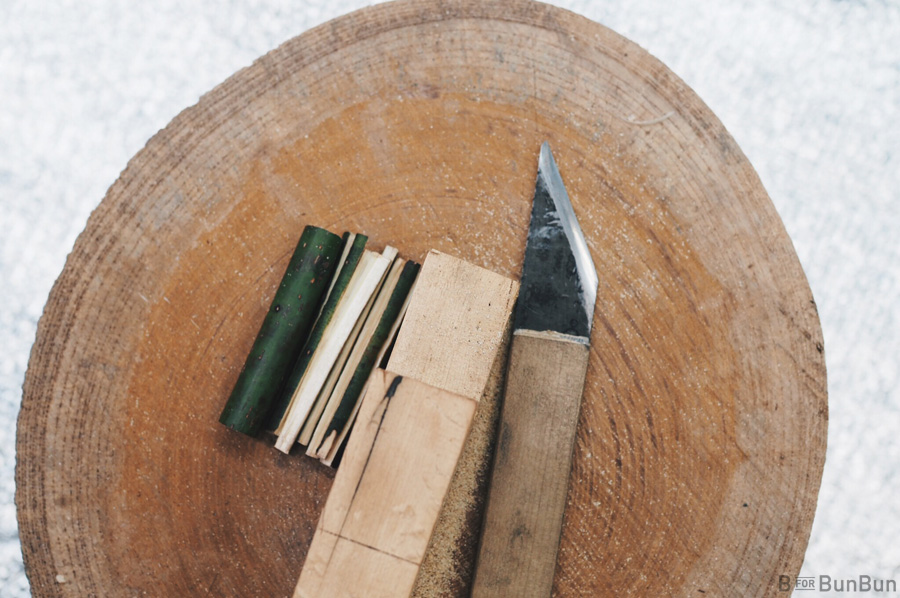 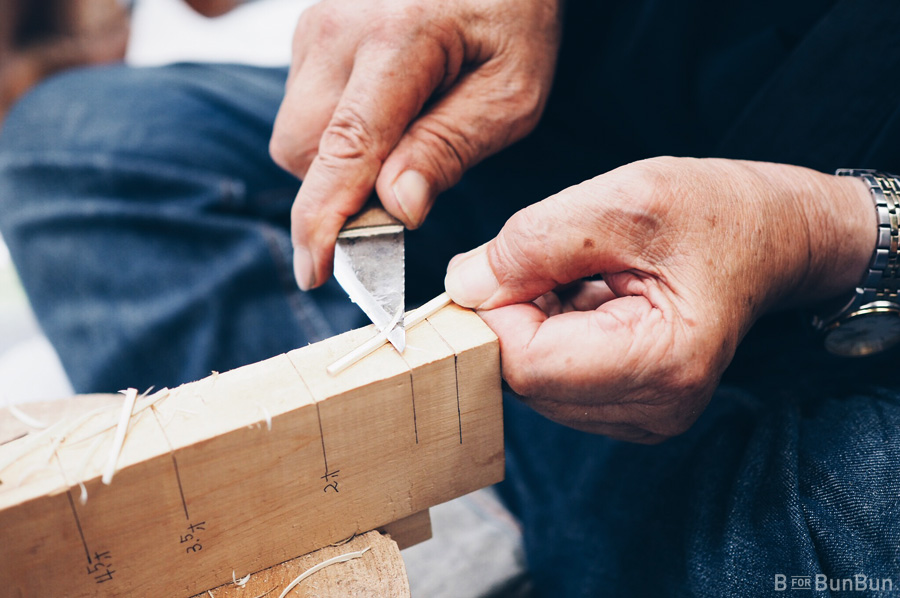 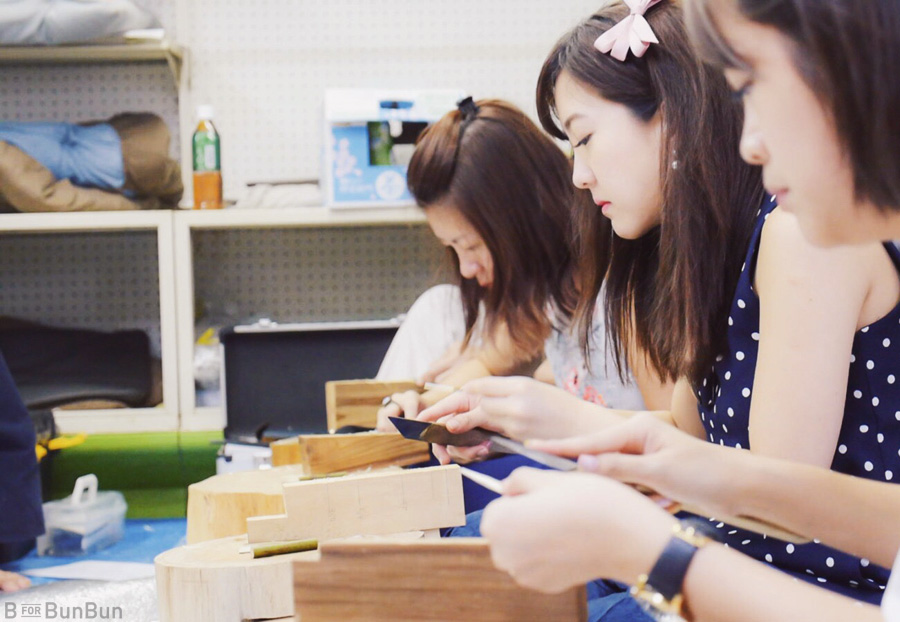 It was one of the hottest days in one of the hottest months in Yokohama. The sun outside was merciless, and we were trapped in a room with no ventilation save for a small fan, trying to make toothpicks out of wood. Actually we weren’t told what kind of wood was that, but research pointed me in the direction of spicebush. They are speckled greenish-black and are flexible yet sturdy, and even imparts a pleasant aroma to the toothpicks.

I was hot, sticky, and wanted to get it over and done with. Why are we doing this, I questioned silently. I raised my head to look at the master who came to help me, his forehead and temples glistening with sweat, and yet he continued to demonstrate and encourage me. I understood not a single word he spoke, but I could hear the enthusiasm in his voice while making those natural wooden skewers.

In his tone, I heard his passion for making these wooden skewers, and to keep this tradition alive. His spirit spurred me on and I wanted to let him know his efforts were not wasted on me, so I decided to do my best. My first few toothpicks were roughly carved and my lack of patience and skill were apparent in the results. I tell you, it’s really no joke. Each strike of the knife greatly determined how the skewer would look like, - if you cut too deeply, the stick would not budge and using brute force is the wrong way; if you cut too shallow, you’ll be making ribbons out of wood. The masters made it look easy, but it was by far one of the hardest manual tasks I’d ever endeavored.

However, once I made up my mind to do good, my toothpicks looked nicer and I was swifter and steadier in my knife strokes. This was when I finally understood the Chinese adage ‘铁棒磨成针’, which means if you work at it hard enough, you can grind an iron bar into a needle, and ‘心静自然凉’ meaning a calm heart keeps you cool. 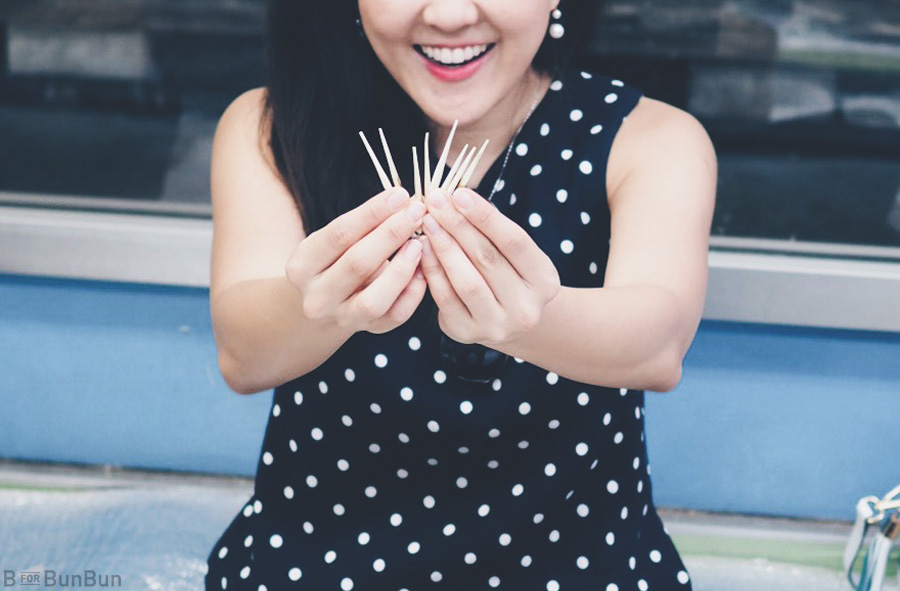 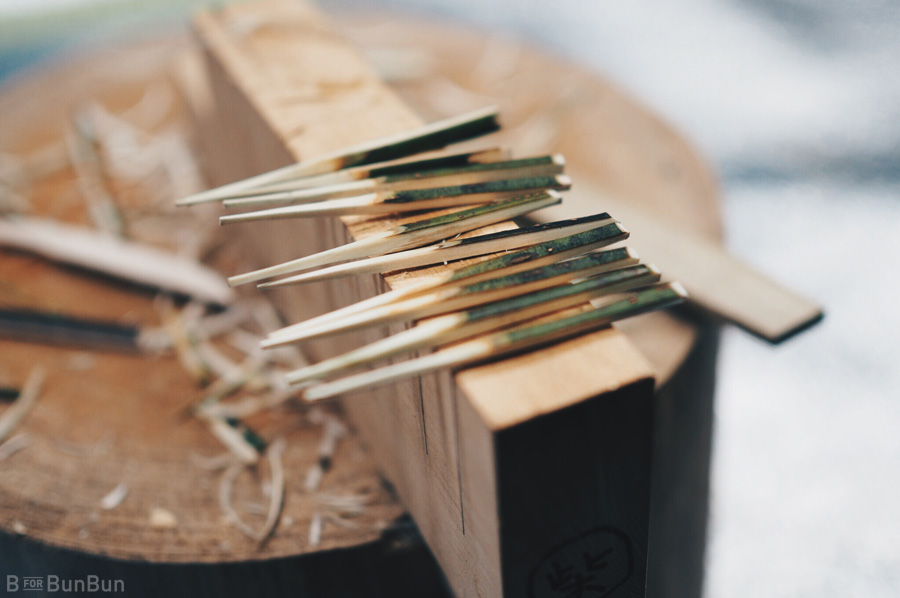 Ninjas are known to be quick and agile in their movements, but it is also their level of concentration and determination, waiting many hours in the dark for the right opportunity to strike, that make them top of the class. It was interesting to know from the masters that ninjas also went through toothpick-making training to work on their focus, patience and accuracy. Current top celebrities also attend toothpick-making sessions to hone their perseverance and strength of the mind.

The toothpicks we made were a simply formed wooden skewer, sharpened at one end and detailed with a incision at the other. The more elaborate ones are shown below. The making of these toothpicks, or wooden skewers, are a traditional artform passed down from the Edo period, and they are still often used today for special occasions such as tea ceremonies or a Kaiseki meal. 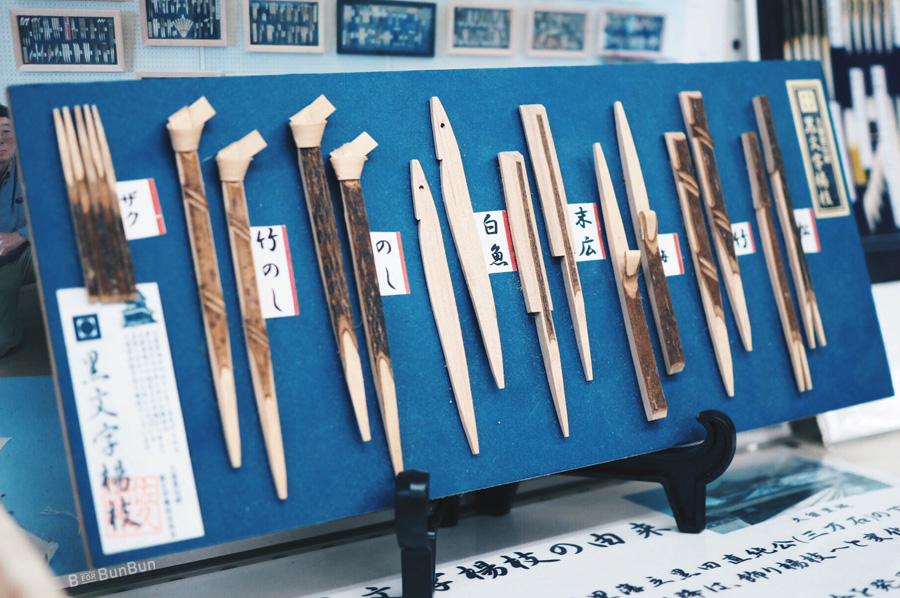 For the unaware, these beautiful toothpicks would be regarded as a decorative piece of no particular significance. However, from this session I got a glimpse of how such a disposable everyday artifact can be imbued with a surprising degree of cultural significance despite its primary function as a utilitarian artifact. And now that I made some of these myself, I appreciate them even more.

At the beginning I questioned the objective of this activity, and was disinterested, hot and bothered. At the end, I felt I had gained so much from this seemingly simple traditional art form - that it is possible to train the strength of one's mind and we can achieve many things as long as we put our heart and mind to it. Perhaps I am now a Grade 0.25 Ninja. 😀 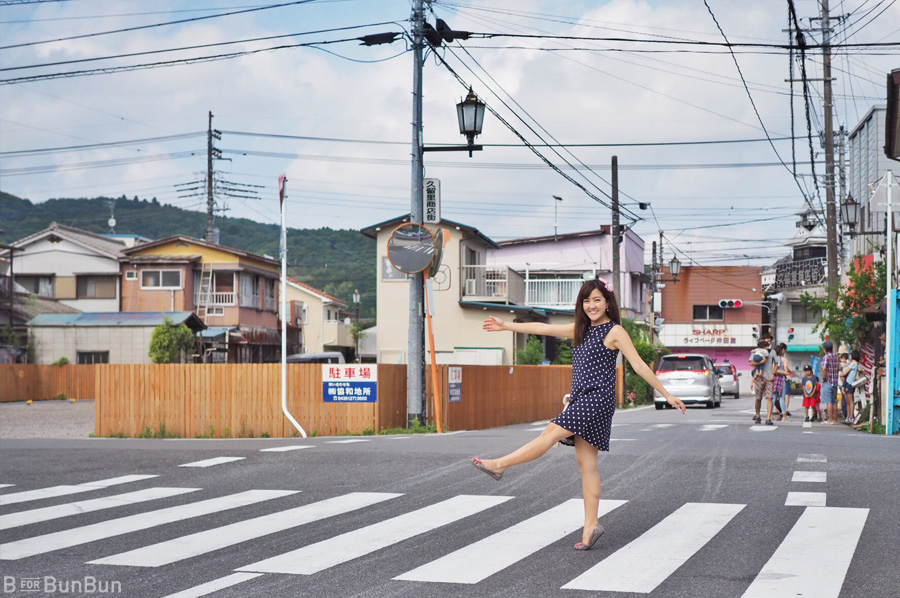