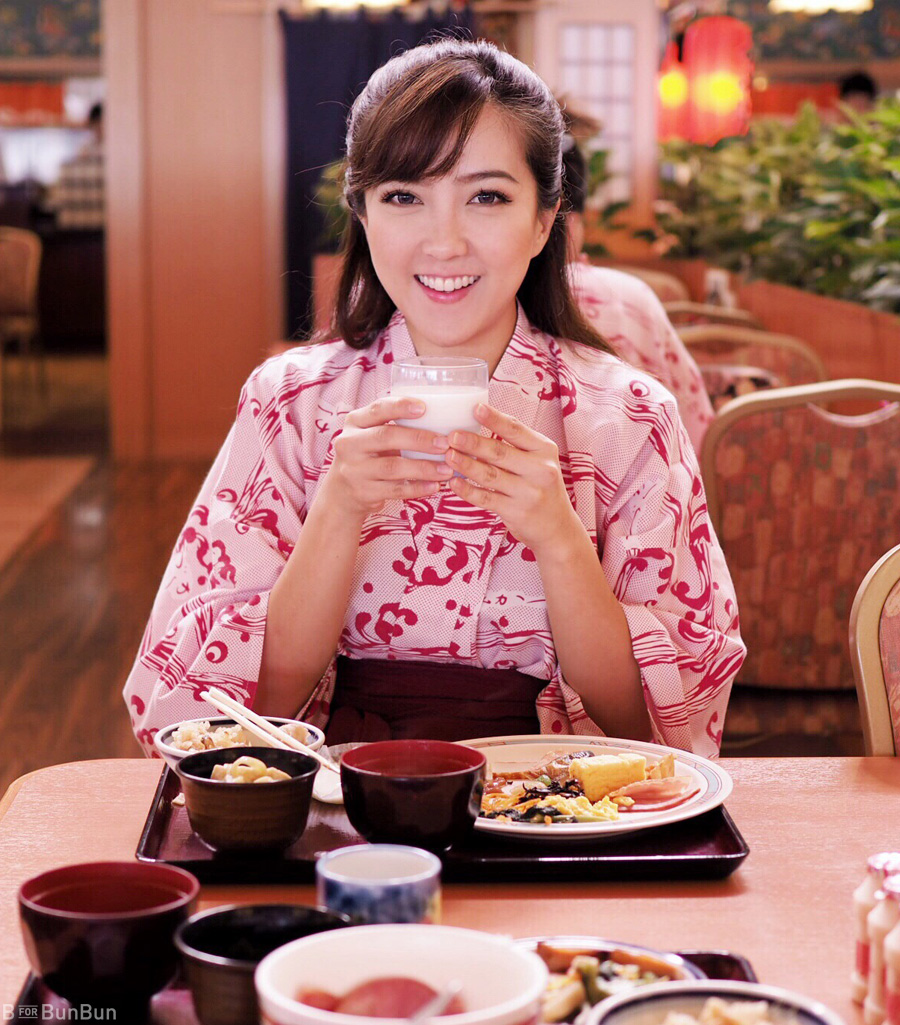 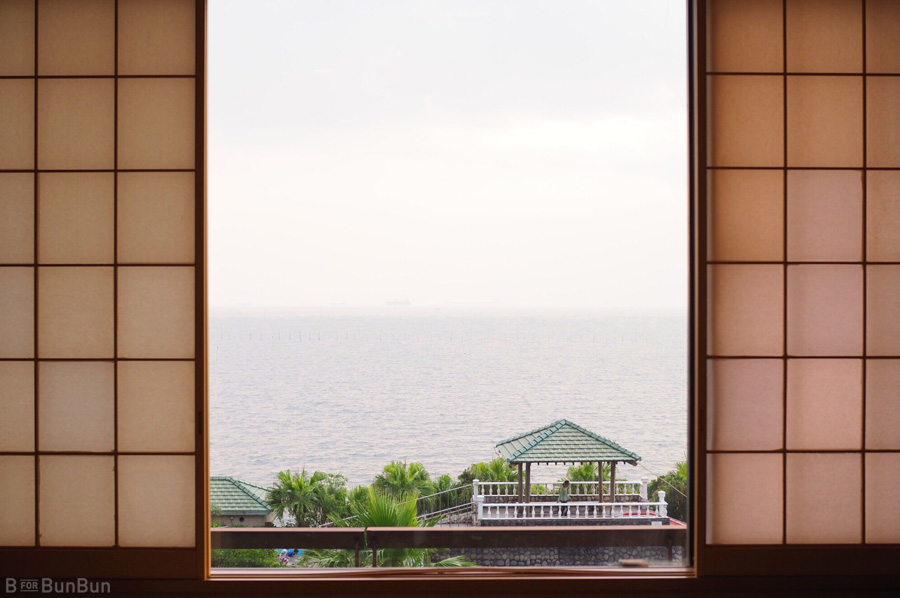 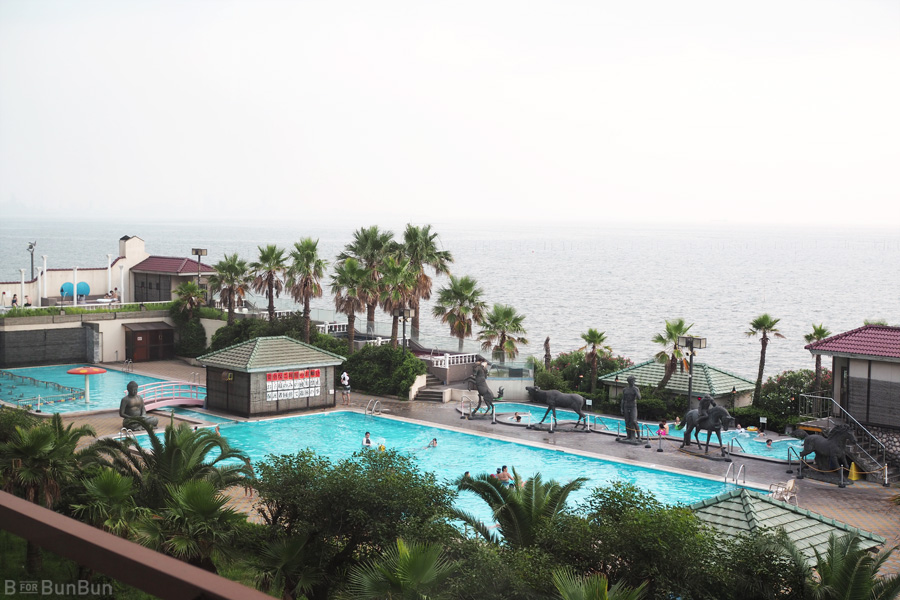 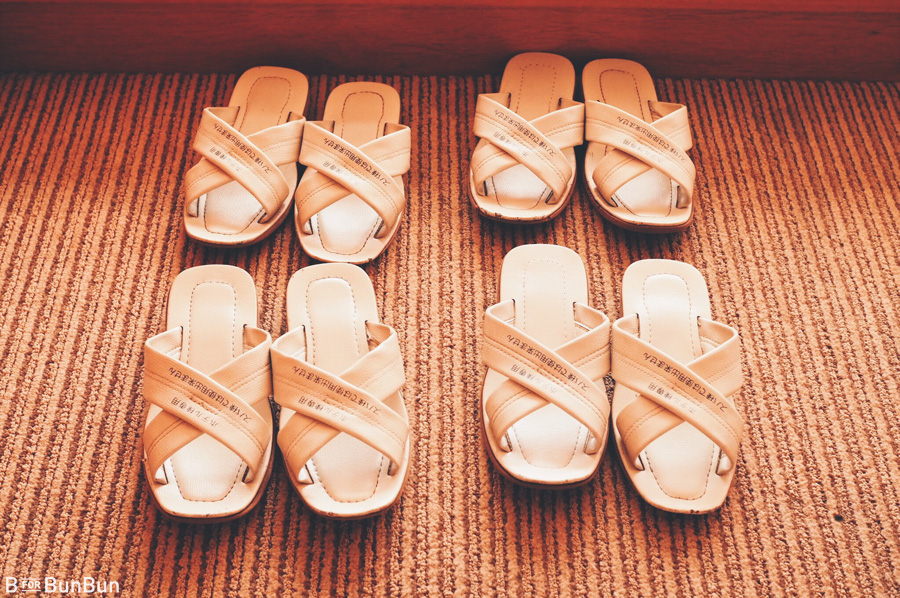 My first onsen experience was in Taiwan. My friends and I went on condition that swim wear was allowed. My second time was a year later with Mr Mode, also in Taiwan, and swim wear was definitely encouraged since it was a mix gender public onsen.

When I heard that we had to go completely naked for an authentic Japanese onsen at Ryugujo Spa in hotel Mikazuki, I firmly said ‘no, no, no’. I mean, if you grew up in a completely naked onsen culture, you’d be open about exposing your bits to strangers and friends alike. But most Singaporeans didn’t grow up that way and my previous onsen experiences didn’t prepare me enough for it!

But an hour later I found myself walking down the hall clothed in a thin, floral, pink Yukata, my heart thumping in anxiety, threatening to shoot out of my birthday suit. We reached our lockers, shed the Yukata, and agreed to look at one another ‘neck up’ hahaha. 😆 Then we commenced the walk of shame, also known as the short distance from lockers to shower area to pool, but which felt like eternity.

The main reason why swimwear is not allowed in a pure onsen is because the goal is to keep the water as clean as possible. Another reason I heard is that the temperatures can be so high they can melt certain kinds of fabric. 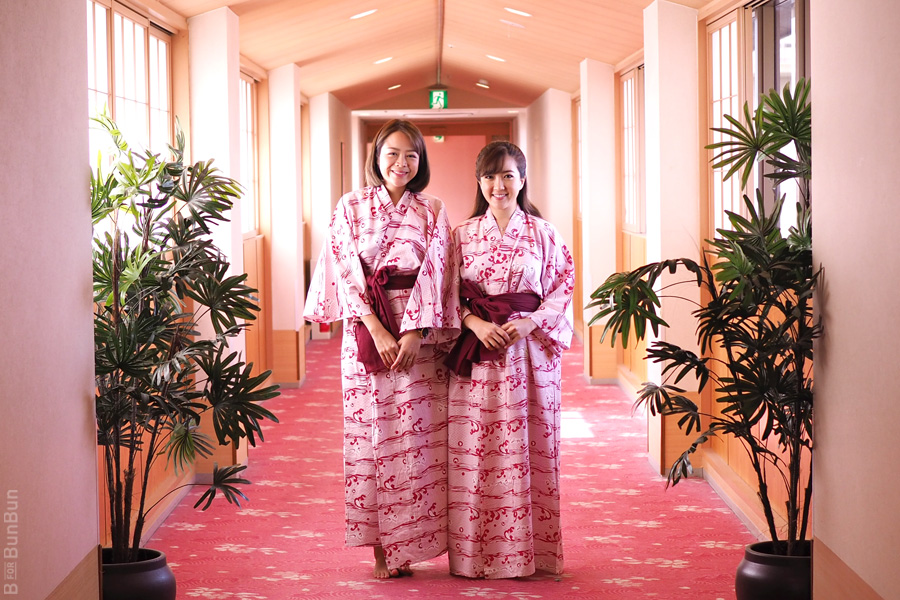 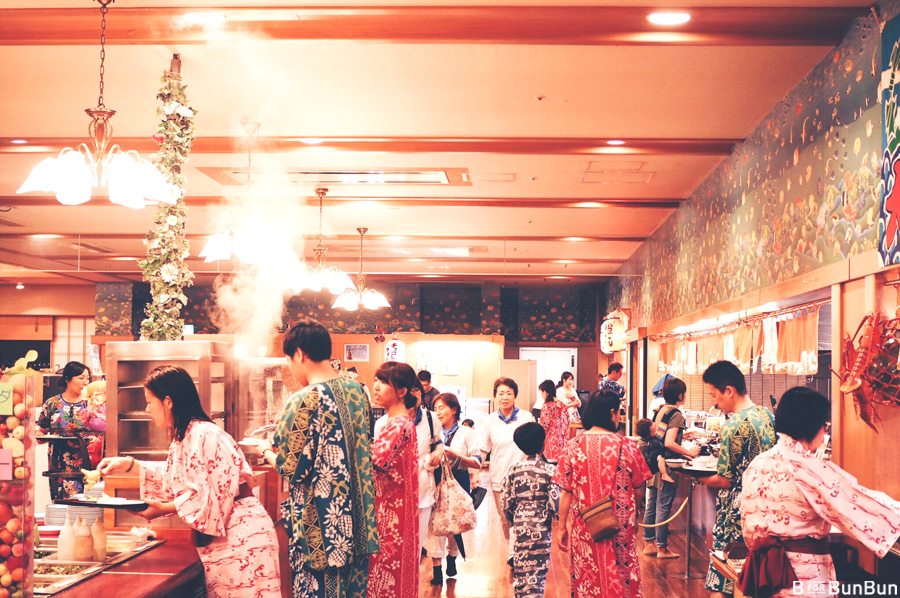 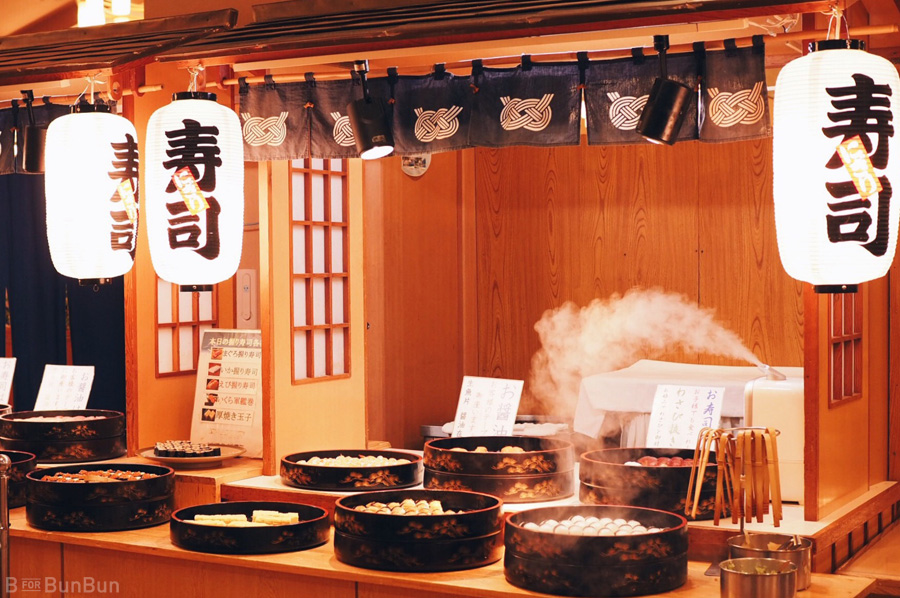 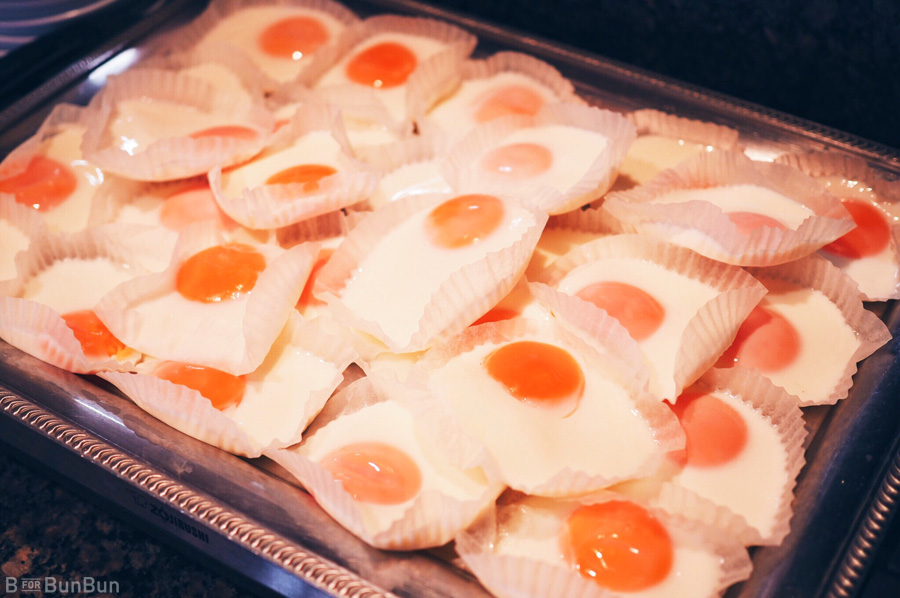 As you can tell, I survived my first naked onsen, and it was a very different one from those in Taiwan. Firstly, there’s the vulnerability of being stripped away of all excess. Secondly, the quality of the onsen water was higher and purer partly due to the lack of fabric contaminating it.

Yina and I woke up early the next morning (actually I had trouble sleeping) to go for another round of onsen. It took me just 2 rounds of onsen to get more comfortable with my naked body, jiggly bits and all, so no wonder the locals looked totally at ease walking around nude.

Our Japan guide told us that older Japanese women might have wrinkled skin, but their hydration levels and skin elasticity can outperform those of younger women who don’t have a habit of visiting onsens.

A visit to a Japanese onsen is relaxing and rejuvenating but it can also offer relief from some ailments. The chemistry, temperature, pressure and buoyancy of hot springs have curative properties for treating skin conditions such as dermatitis, inflammation-related conditions and musculoskeletal conditions such as lower back pain.

Ryugujo Spa Hotel Mikazuki is a giant resort facility equipped with several kinds of baths and swimming pools. There’s a garden swimming pool, indoor swimming pool, outdoor and indoor onsen, sand baths, massages and more. Too bad we didn’t have enough time to check out all of them. 🙁 I’ve never been to a Japanese onsen, and for obvious reasons I could not take any pictures inside the onsen, but those who have told me that this was the largest and most elaborate onsen they’ve ever seen.

This is a very localized Japanese spa, so the staff may only be able to communicate in Japanese. I tried to speak to the phone operator for something (cannot recall what) and the only thing the guy responded to was my ‘hello’. Everything else that I said was replied with another ‘hello’. So in the end I gave up lol. Guests are loaned a locker key that can be used for purchases at stores, restaurants, salons and souvenir shops. Don’t lose it!

All in all, it was a wonderful experience being totally naked at an authentic Japanese onsen, albeit terrifying at first. I would definitely work in an onsen or two in my itinerary when I return to Japan in the future! =D