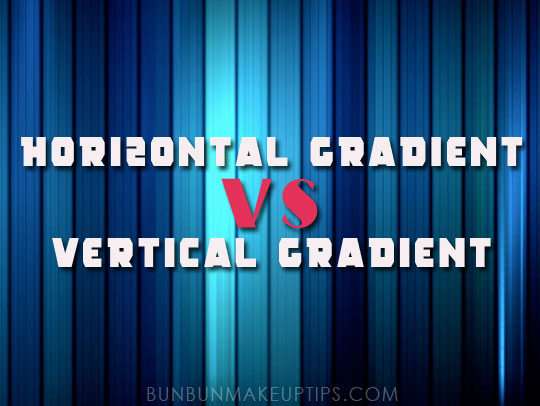 You see, I was confused by information.

I was sure I knew the difference between ‘horizontal’ and ‘vertical.

I was also pretty sure I could tell how ‘horizontal gradient’ and ‘vertical gradient’ look like.

Just as I was about to write Part 2 of the Asian Eyeshadow Tutorial series, I enquired ‘horizontal gradient’ and ‘vertical gradient’ in Mr Google’s search bar.

Mr Google churned out search images that got me woozy and self-doubt crept in. Against my better judgment, I named Part 2 of the Asian Eyeshadow Tutorial series ‘Horizontal Gradient Method’.

And I’m sorry to tell you that I NAMED IT WRONG! 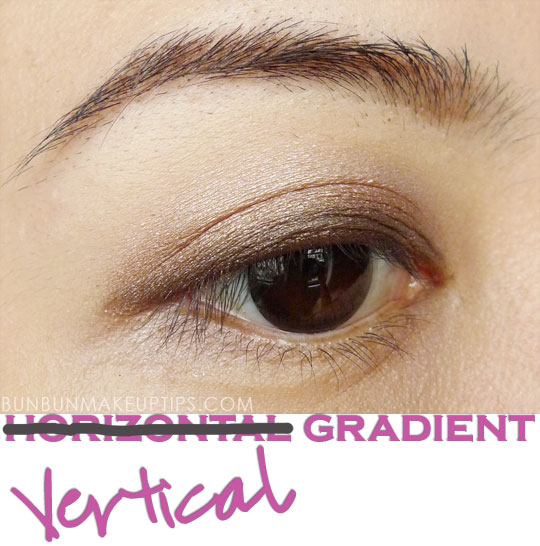 Tsk! These were some of those that made me confused! The people who named their images must have been confused too.

And because I incorrectly used the term 'Horizontal Gradient' for my previous tutorial, my pictures appeared under the keyword search too. 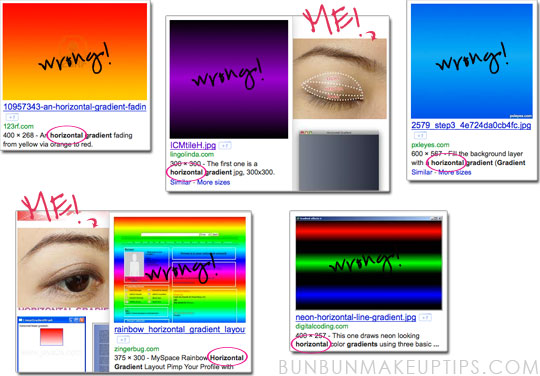 The 2 bottom images are really sneaky! They have BOTH horizontal AND vertical gradients!

Take a look at the bottom left one. At that time, only the horizontal gradient was obvious to me - left (blue) to right (green) - and since the caption used 'vertical', I thought left to right gradient meant vertical gradient! Same goes for the bottom right image - dark to light blue stripes were described as 'vertical'.

These findings were against all my understandings of horizontal vs vertical lines, yet I chose to abandon them and trusted the wrong captions. GAH!!! 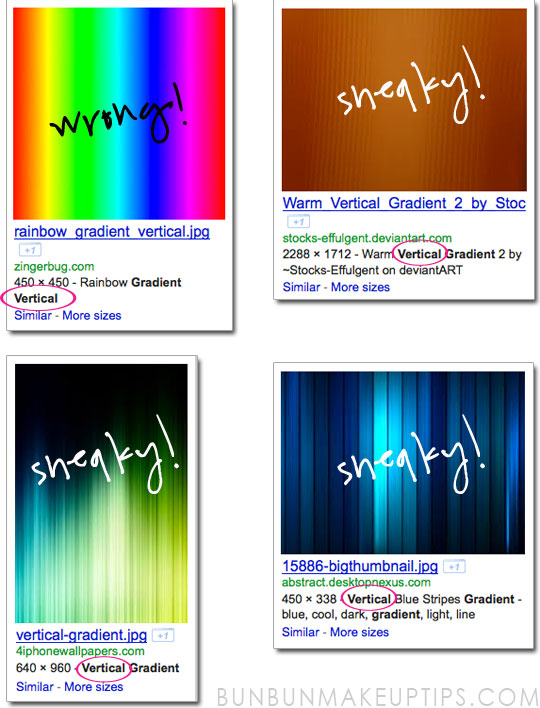 There had always been a nagging feeling that I got the terms wrong but couldn’t find enough information to justify that gut feel, which I really should’ve trusted instead.

Then a few days ago, there was a sudden spark of wanting to ‘get it right once and for all’. So I launched my CS4, selected Gradient Tool, dragged the line horizontally, and got my correct ‘Horizontal Gradient’. 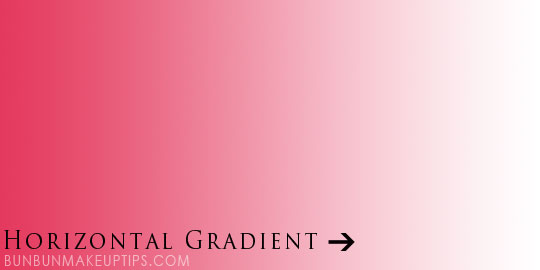 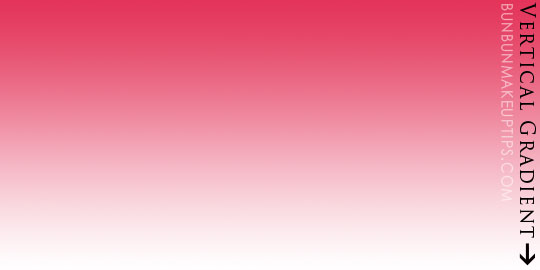 It probably doesn’t mean much to you – horizontal, vertical, whatever – but I’m particular about labeling and if I don’t change it now, before Part 5 of the Asian Eyeshadow Tutorial series is published, there will be more confusion in later years. Also, since I was the one who coined the terms 'Vertical Gradient Eyeshadow Application Method' and 'Horizontal Gradient Eyeshadow Application Method', I deem it necessary to right the wrong.

So… Hop over to the ‘old’ Horizontal Gradient Eyeshadow post and you’ll see that I’ve changed all the ‘horizontal’ words to ‘vertical’.

My deepest apologies (and great thanks!) to those who’ve talked about that post on their blogs. The link will remain as /eyeshadow-tutorials-for-asian-eyes-part-2-horizontal-gradient-method/, so don't worry that it will be linked to a "HTTP Error 404 - File or Directory not found" page. Lol.

The other much requested Horizontal Gradient tutorial will also have its 'horizontal' terms changed to 'vertical'. And so must Parts 1, 3, 4 of the Asian Eyeshadow Tutorial series. @[email protected] 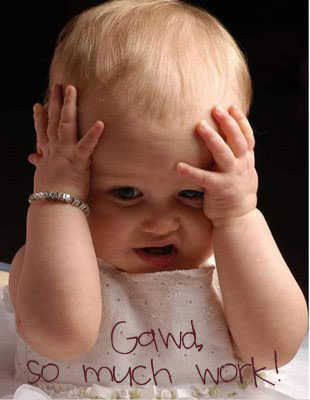 Do let me know if you come across any tutorial that needs to have its terms changed too, okie? 😀