Because they come in a package. The more and longer you blog, the more comments you get. Comments come in the form of encouragement, appreciation, praise, information, but they can also be in the nature of spam, non-constructive criticism, and absolute nonsense.

A couple of weeks ago, I received my first negative comment and surprising myself, a chuckle escaped from my mouth.

That chuckle momentarily made me think I was able to take it in my stride and let it slide, but after a few minutes of re-reading the comment, I felt a surge of hot madness boiling in my chest.

That comment was in response to these pictures from the 5th day of Christmas Eye Makeup Tutorials. 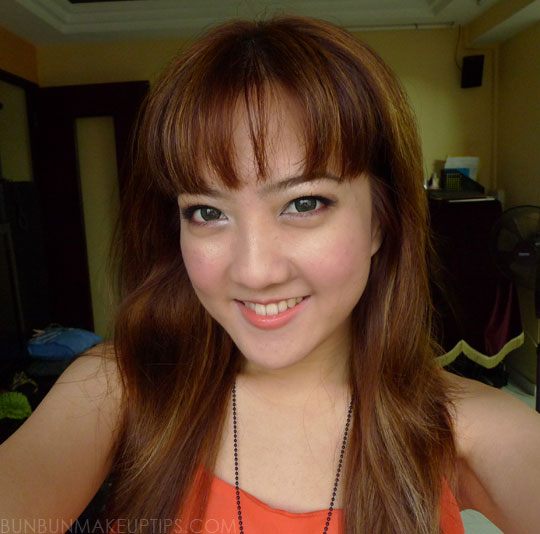 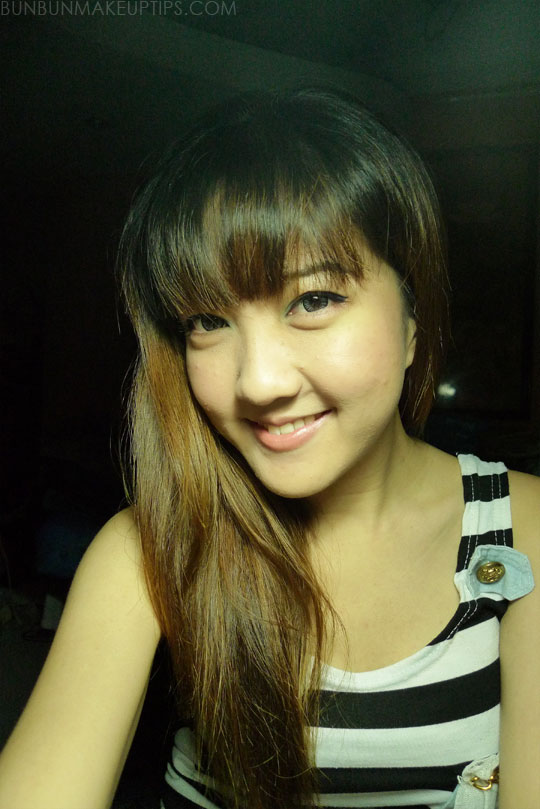 Clown? What clown?!? I don’t have a big red nose, lipstick-enlarged mouth, white pasty face, or stars for eyes. 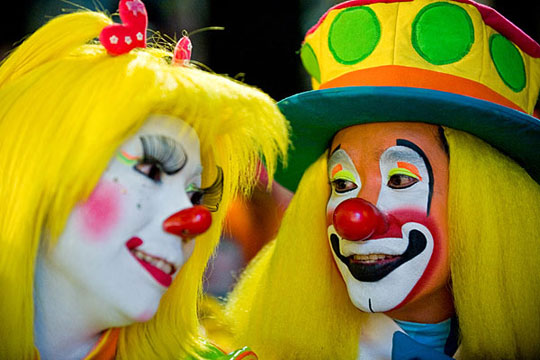 After recovering from my shock and disbelief that someone would make the effort to leave the name, email address and care to think of mean things to say in an attempt to make me feel bad-whatever, I decided that I should not let this low-class parasite of a person named gina ruin my confidence about my makeup skills and the way I look.

Instead, I channeled my energy to writing this post to help anyone who has received negative comments or will potentially receive them one day. Regardless of whether one blogs about makeup and beauty, or computer and technology, or food and nutrition, you can’t run away from negative comments.

I haven’t been in the blogging scene long enough to know all there is to dealing with negative blog comments, but have read a good amount of material to protect myself and understand that I’m not alone.

What Are Negative Comments?

It really depends on your threshold of what is to be regarded as ‘negative’. To me, a negative comment is one that does not make me smile when I read it. A positive comment does not necessarily have to be praise – a question makes me happy too. It makes me happy knowing that there are people reading what I put my heart and soul into producing.

Under the umbrella of ‘negative’, there are 2 categories

Our good parents and teachers taught us that ‘If you have nothing good to say, shut up’. It’s not easy to give constructive critism.  That’s why people prefer not to say anything at all, most of the time.

I guess the ability to provide constructive criticism for the betterment of the recipient comes with maturity – the maturity of the mind and emotional quotient to genuinely want the recipient to benefit from the words spoken, and maturity of body language and vocal adjustment to match.

Well, I did, for a moment, ponder over the comments by 'gina'. Do I really look that bad in those pictures???

After analyzing (seriously, my foundation is so sheer you can see the bumps, freckles and dark eye circles to look anywhere near mask-like!), I concluded that 'gina' most probably cannot stand people who apply makeup better than herself/himself/itself, has absolutely no idea about makeup, is jealous of my adventurous nature to try colored contact lenses, and is suicidal about anything beautiful in life.

Other than spam, there are people who dedicate their pathetic lives to the hope of destroying those of others.

Behavior that belong to this group:

Here’s another comment I received that I thought was plain rude, racist and childish. I actually laughed when I read it because it’s so juvenile.

Obviously, ‘gina’ and ‘Jason’ belong to the category of Shitload of Nonsense.

Why Do People Leave Negative Comments On Blogs?

I’m no psychologist, but here are what I think why people feel the need to leave negative comments that serve no purpose other than waste 2 seconds of the blogger's time to delete them. 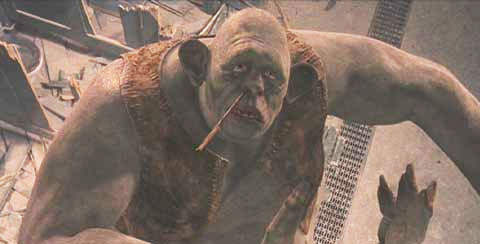 That’s how JK Rowling describes them, and ‘Troll’ is the lowest grade that a wizard or witch can receive for examinations. Just so you know, lol.

In human and internet slang, trolling is akin to vandalism. A troll is the vandalizer who leaves an unsightly stain on the proprietor’s estate, with the intention to irritate, generate negative feelings, and cause arguments. Internet trolls are the lowest form of beings in the online community, everyone hates them, but they are unavoidable.

One should be able to discern between a comment left by a troll and one that seeks to let you see things from another perspective (constructive criticism).

Typically, blog trolls leave one deadly comment and they’re off. They also don’t leave any link to their website. That’s how they manage to escape Akismet too, coz Akismet will usually filter out those with website links more stringently. I believe blog trolls behave differently from forum trolls coz of the nature of forums, where there is no single person to oversee all the comments.

We’re all born with the ability to be envious and jealous. Without them, there won’t be a desire to strive to be better. Taken beyond that, however, it destroys you.

That’s why the more popular you get in the blogosphere, the more open to invitation you are to trolls and haters.

More often than not, those who post negative comments or give poor ratings or dislike videos do so because they are JEALOUS or ENVIOUS. They are green with envy with the success you have achieved and see you as a threat to their miniscule existence in this world.

They think posting negative comments to put other people down makes themselves feel better or superior – because they can say what they want, unlike in their oppressed, pathetic, real lives.

With every negative comment they post, it eats into their soul and they end up becoming lesser versions of themselves in time.

Here’s to all those who try to put others down by leaving negative comments because they are unable to achieve anything in their own lives :

Jealousy is a disease. Get well soon.

3. They Can’t Do It Themselves

One common hate comment I’ve read from forum discussions and YouTube is the blogger’s ability to make money out of it.

I find comments like ‘She’s making too much money out of it’, ‘She used to be kinder when she wasn’t the face of [insert brand]’, ‘She was less snooty before she made money’, very childish and petty.

Yes, these comments stem from envy and jealousy, but more so, they point at the issue of money-making from one’s blog.

I want to ask: What’s wrong with making money from one’s blog?

You have a job - you work your ass off -  you make money out of it.

You have a blog - you work your ass off -  you make money out of it.

What’s wrong with being rewarded in money for the time and effort put into something? Isn’t it the best thing to be paid for a job that you actually love?

How does saying bad things about a blogger or YouTuber make you a better person? Does it make you richer?

These people should stop embarrassing themselves by announcing to the world that they are struggling to put food on the table and do something constructive with their lives!

The ‘dislike’ button in YouTube makes it too easy for people to put down a video. I’m glad Facebook doesn’t have a ‘dislike’ button and never will. By the way, please 'like' the Bun Bun Makeup Tips facebook page! 😀

It just takes that much more trouble for a hater to type ‘YOU SUCK’ than clicking on a ‘dislike’ button.

Many times I fall in love over and over again with a great video, be it an MV or tutorial, and yet there are people who dislike the video. Why, I ask? What is there to not like about the video?

I guess there are a million reasons why a person dislikes something, and sometimes despite the fact that there is absolutely nothing wrong with a video, people will want to hate it.

That’s why the wise always say that no matter what you do or who you are, there will be people who will not like you or your craft. That’s life.

Let me speak on behalf of YouTubers out there:

Envy me, rate me, bottom line: you ain’t me.

I remember watching an episode on Glee where Gweneth Paltrow was asking 3 students of McKinley High, after she tracked them down with their IP addresses, why they constantly leave hateful comments about others in forums.

The unanimous reason was not unexpected – they craved for attention they did not have in real life.

Just like bullies who themselves are actually victims of domestic abuse or have other problems in their lives resort to extortion, physical violence, and other forms of aggressions to appear stronger, cyber bullies hide behind the screen of anonymity to perform what they never dare or can do in real life – taunt.

They need to prove that there are people interested in what they are saying because they can’t find it elsewhere.

To all cyber bullies: Your words mean nothing, just like you.

Well, to sum it up, here's what I think of bullies:

In the next post, we will discuss methods to deal with negative comments on your blog.

Previous Post: « My 2012 New Year Resolutions: Because Everyone Is Making Them
Next Post: How To Deal With Negative Comments On Your Blog? »