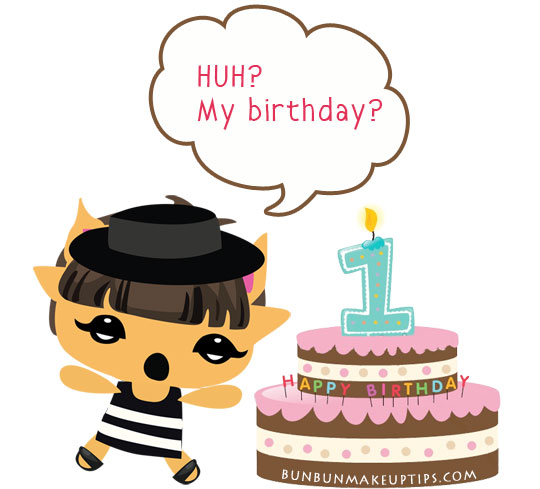 When the clock strikes midnight, I'd love to tickle her tummy, rub her behind the ears, put her chubby cheeks in my mouth and whisper in her ear "Happy birthday my dearest, you made it to a year."

Well, if only Bun Bun were real, that is.

However, I don’t think I’d like to wish that she were real – like in flesh and blood – I would totally freak out. @[email protected]"

About one year ago, //bforbunbun.com went live. I say ‘about’ because I can’t remember when exactly. The first post was published on 21 February 2011 and I didn’t have Bun Bun as my blog mascot until much later (the Bun Bun image at the bottom of that first post was included later).

So Bun Bun’s birthday is really... arbitrary. Hoho. I thought 3rd March would be a nice date since it’s easy for me to remember and also because my birthday is on 3rd July. Three is a lucky number. When we take pictures we always say ‘1, 2, 3!’, and we have Three Little Pigs, and Three Blind Mice, and Three Billy Goats Gruff, and Three Musketeers.......

The house style and editorial voice of my Bun Bun blog was set somewhere in late September 2011, after the launch of the current blog design. It took me a while to find my voice and identity, and stand out from the very crowded (but awesome) beauty and makeup community.

At the start, I wasn’t worried so much that I would run out of topics to blog about, but more that nobody would read what I write. Haha. Come on, let’s be honest, we all put our face (and sometimes our soul) out there because we want to share and have people communicating with us based on what we write. Nobody wants to write for nobody forever. For a few of months, I was super lonely but I kept going.

When my friends asked ‘How do you always find something to write?”, I realized that I never stopped having ideas. You should check out my backlog of product reviews, man. I’m buying faster than I’m reviewing.

Hundreds of posts later (that averages to about 3 posts per week – fair enough), I still love what I’m doing and am thankful for what the beauty community has given – the making of new friends, online and in person, and knowing that other bloggers also say 'blogging can be lonely' somewhat makes me feel less lonely.

Thank you so much, each of you.

So come, come, celebrate with me. To all my readers, those who’ve been with me from the start to those newly acquired, here’s Bun Bun's first birthday giveaway!

There will be TWO GIVEAWAYS; the second one very much dependent on the first giveaway's response. If there are at least 200 entries in this giveaway then the second giveaway will be 'unlocked'. Lol. Some of my super duper favorite things are in this giveaway, some in the second (hint: L'OREAL COLOR INFALLIBLE EYESHADOW EMERALD LAME (You need Emerald Lame, girl! :D). 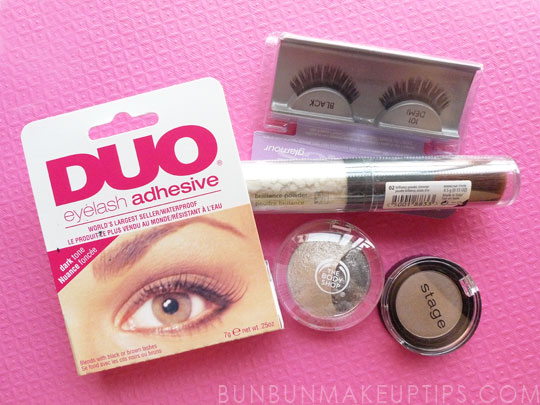 Remember to spread the word about this giveaway so that Giveaway 2 can be unlocked! 😀

Previous Post: « LAZY, HAPPY, PATIENT, PASSIONATE - 4 Words That Describe Me
Next Post: Story of Bun Bun: This Is As Real As Bun Bun Is Gonna Get »