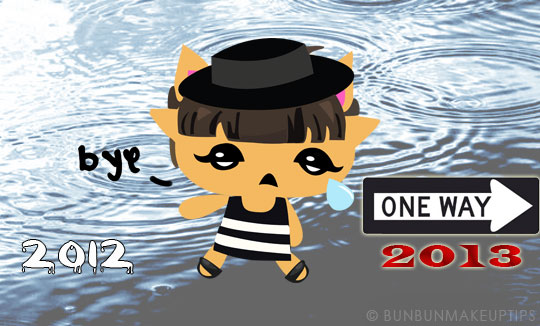 Everywhere I look, people are celebrating the new year, embracing the year of the Snake with new hopes, dreams and resolutions. They bid 2012 farewell along with a pat on their backs, thank it for being a great year and with much aplomb, charge forth to vanquish the untrodden.

Am I the only one reluctant to say goodbye? Is it just me, or does anyone else feel hesitant to leave a year you knew so well behind and apprehensive towards one you have no idea what lies ahead?

(I'm sorry, allow me to break the momentum by telling you how much fun I had creating this image for Bun Bun. HAHAHA! Look at her eyes! SO SAD! She looks aged already, just by not smiling and having her eyeliner turned down. I've never taken fancy to the Japanese droopy sad eyes makeup look and looking at Bun Bun, I never will. Gimme my up-wing anytime.)

I spent the nights of 30 December and 31 Decemeber 2012 tossing and turning in bed, and the whole 01 January 2013 moping. Couldn’t get anything serious done, had too many thoughts in my head.

Refreshing Facebook, Instagram, Twitter, emails tirelessly, it was as if feeding on updates would let the harsh reality of the end of 2012 sink in.  It’s as if I was waiting for a sudden phenomenon to freeze the present I held so dear. I don’t know, maybe I was hoping for pink rain to fall from the sky, so that that moment would be eternalized as The Day The Sky Dripped Pink.

I know there’s no other option than to move along with time, but I’m sentimental like that and it’s hard to say goodbye to a year that was so well-lived and eventful. WHY SO EMOTIONAL. lol.

Off the top of my head, here are 10 events that stood out, making 2012 such an amazing year for me. 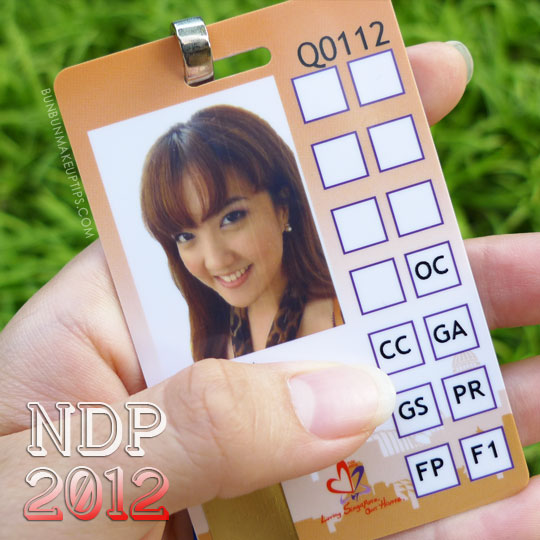 It would have stayed an unfulfilled dream of mine to be part of Singapore's birthday celebrations until Nuffnang worked with the NDP team to bring together a group of bloggers for this special event. Through social media and our respective blog outreach, last year's NDP was very different from past years', with a lot more social media engagement and the charity event with Lego made  really meaningful . It was a great honor to be able to catch a glimpse of what went on backstage and watch the parade.

You can read more about my NDP 2012 posts here:

Singapore NDP 2012: Previews Are That Much Cooler 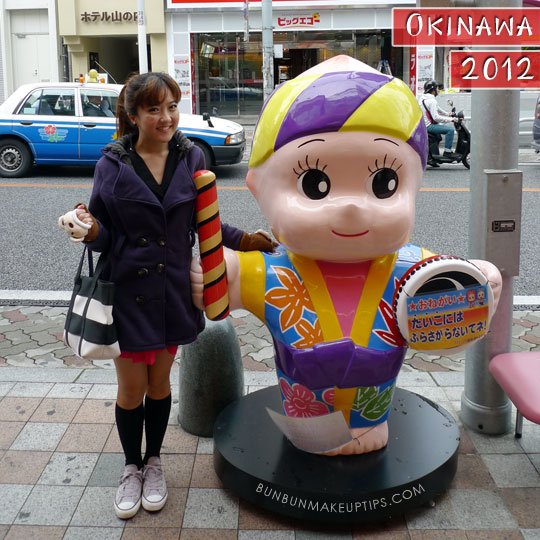 Okinawa was our second vacation for the year, actually. In February The Boyfriend and I went to Bali!

I LOVE Japan! Everything's so clean, high quality and the people are genuinely nice. And I didn't hear a single car horn throughout the trip.

I took plenty of beautiful pictures of Okinawa, but accidentally OVERWROTE them. I was so sad I couldn't blog for weeks. Thank you so much to everyone who dropped a comment or two to comfort me. Your kind words definitely helped in the recovery process. 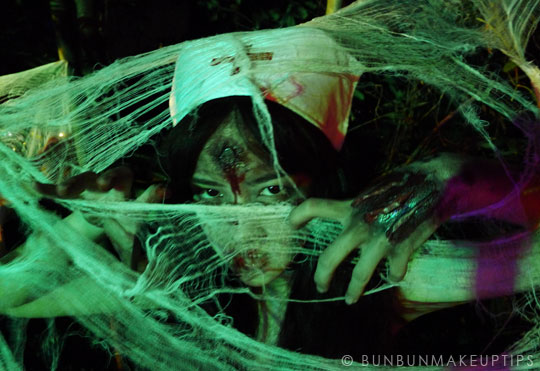 Ah yes, I haven't blogged about Halloween Nurse. Will do so soon! Min was a gothic zombie and she was really good at making those facial expressions. Haha!

4. Launch Of Doll To Doll 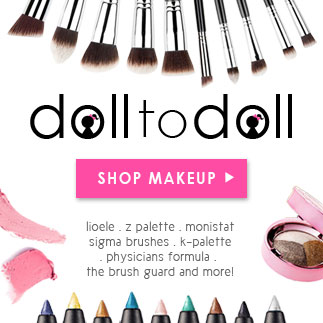 One of my greatest achievements in 2012 was launching my own business - dolltodoll.com. Doll To Doll is an online retailer of cosmetics that are hard to find in your country or are priced much higher. Come visit us! 😀

As I mentioned in this post about fufillment, "Now I understand why people who do what they love are always happier and feel their lives are more enriched. Despite maybe working harder, have longer working hours and maybe even get lower remuneration, something just feels right at a level deep inside the heart and soul."

Thank you to everyone who has shown support to the business. xoxo! 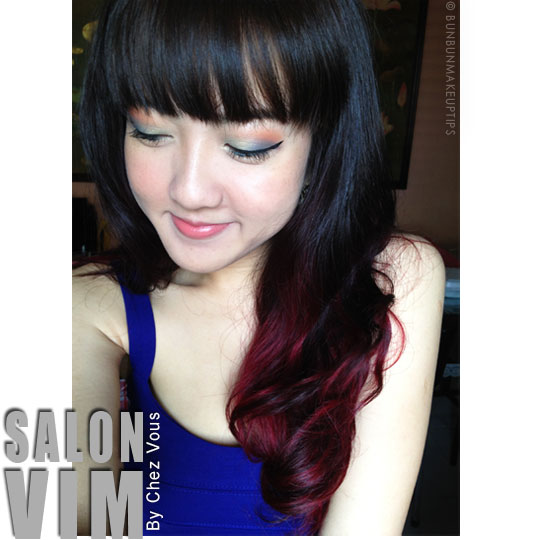 Fellow blogger, Evonne, who has also become a good friend of mine, was the one who rescued me and introduced me to Salon Vim. Before Salon Vim, my hair was totally destroyed by a so-called 'Master Stylist' of another salon. The only mastery he had was over process my hair and left it in a state of indescribable chaos. It was dry, frizzy, vulnerable, and I was so distressed I wanted to cut my hair real short to get rid of all the processes he'd done to destroy my hair.

Salon Vim then came into my life like a glowing star and not only slowly nurtured my hair back to health, but transformed my tresses so that I can walk on the streets with pride. I feel so happy and grateful for being one of Salon Vim's bloggers, especially when people tell me how much they love my hair. 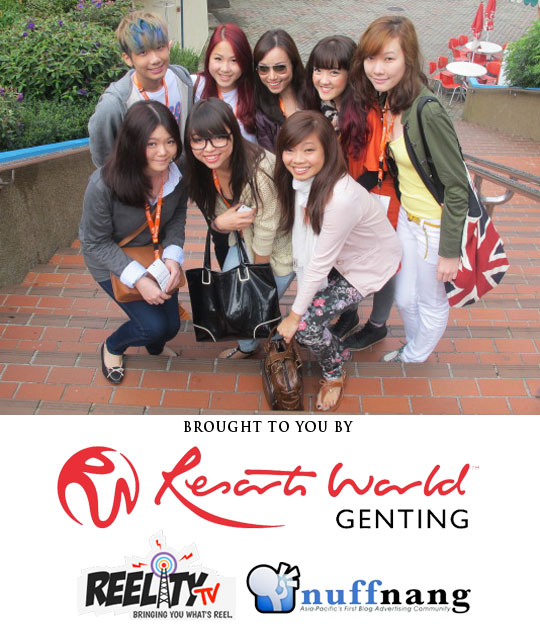 Going to Genting to film 4 episodes of ReelityTV Game Showdown was such a fun experience! Our team, Bunzi, a combination of Bun Bun and Ziwei (my awesome partner) emerged as eventual winners of Reelity Showdown Season 2! Watch our final winning episode here!

I'm also very happy to have kept in touch with Ziwei, Jess, Diana, Amanda and Jayme from the trip. So far we've hung out at Jess' place, MBS, Marina Barrage, and next week we're going to JB! There's non-stop fun and crazy when we're all together.

In 2012, I was fortunate to have traveled to Bali, Phuket, Okinawa, Guangzhou, Genting. 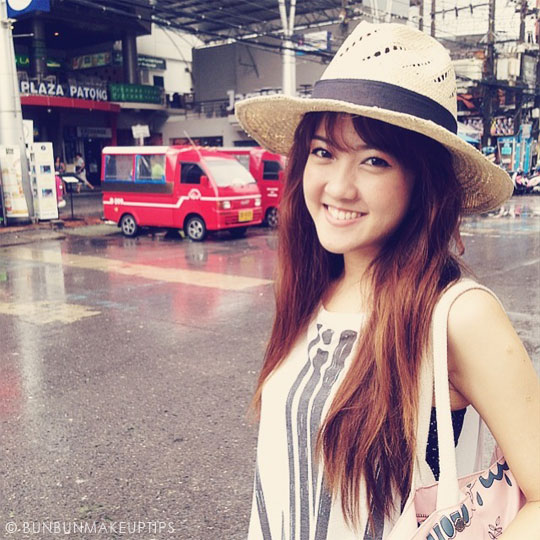 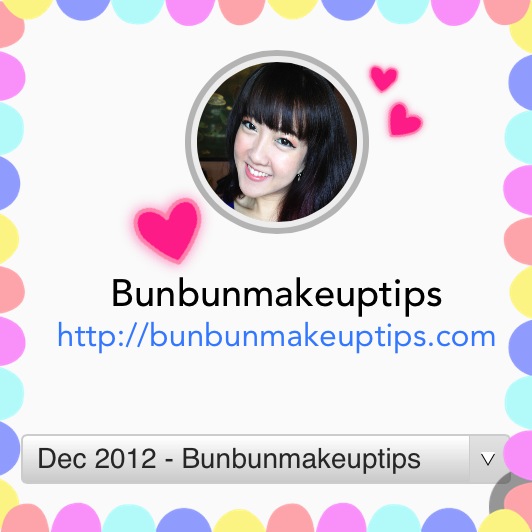 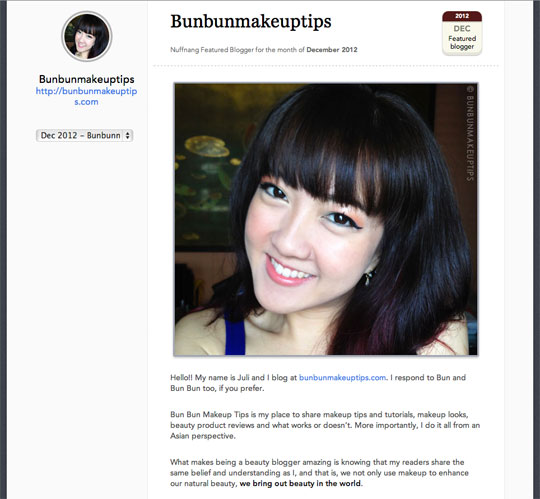 Yayness! I was Nuffnang Featured Blogger for the month of December 2012! What a great milestone for Bun Bun Makeup Tips!

On 24 December 2012 I became Mrs Mode. Haha! Not officially married yet, but after being together for more than a decade, The Boyfriend FINALLY proposed. OMG. I don't have any friends who have dated longer than us. We're so ancient I've got cobwebs in my hair from waiting for the ring.

Receiving blessings in real life from friends and family, and over the Internet from my beloved readers and friends doubled the happiness felt. It's such a great feeling to know everyone is so happy for me! Read about The Proposal that took ten years in the making. LOL. 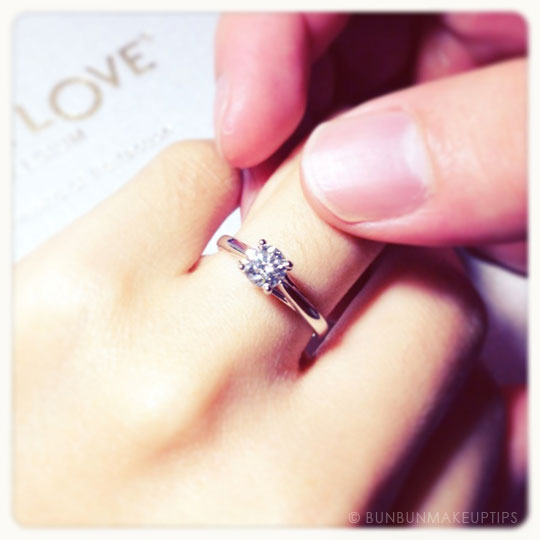 And there you have it, some ten most significant events for 2012. Somehow, at the end of this post, I feel much better and more energized to conquer 2013.

Are you afraid of what the future holds for you? Or are you like 'YEAH COME ON BABY!!'?