If You Don’t Mind A Big Fat Wand, The Loreal Ultra Volume Collagene Mascara Makes For A Very Good Mascara! 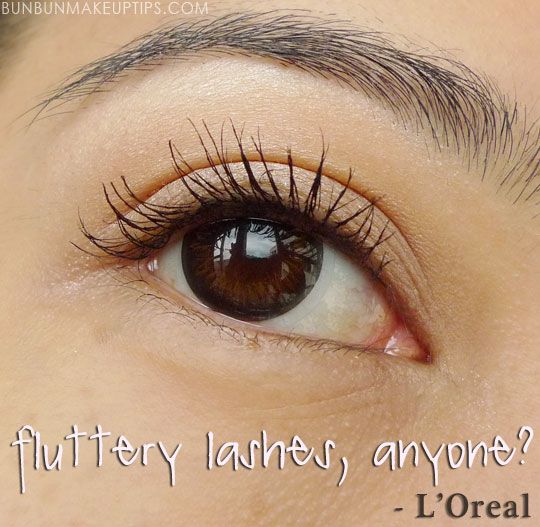 Remember the time when I threw out ten mascaras at once? Afterwards I was left with just about seven mascaras, liked three or four of them, but only really used one – the Lancome Oscillation Vibrating Infinite Powermascara. And even that was drying out on me. If you follow the ‘Law of Mascara Use’, which states to throw out mascaras every 3-6 months, the Oscillation was close to decay. Lol.

I exhausted the Lancome Oscillation Mascara and when it breathed its last, I had no choice but to go out and get a new mascara. I would have been more excited to go mascara-shopping if not for the fact that I was waiting for my Lancome Hypnose Doll Eyes Mascara to arrive and was certain that every Lancome-owned mascara would be unconquerable. Was.

We’ll keep that ‘was’ for another time, okie?

The L’Oreal Ultra Volume Collagene Mascara normally retails for S$24.90, but it was on sale for S$15.90 I think? And then I used my Watsons points and got it for just S$11.90! YAY savings! 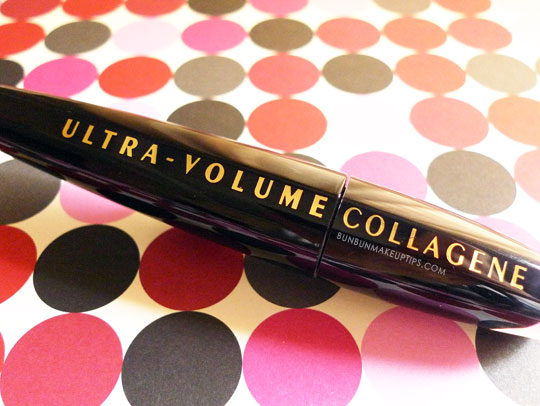 A mascara’s a keeper if you can still see my lashes with that thick eyeline. 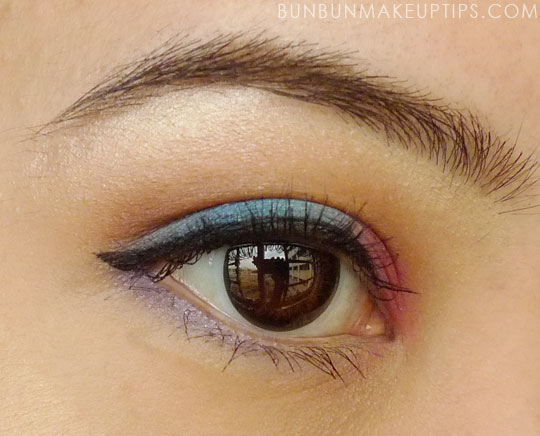 Below (and also in the cover picture), with a light sweep of Urban Decay’s Sin and Loreal Ultra Volume Collagene Mascara, nothing on the brows.

I love that it makes my eyelashes look so… fluttery. They look naturally thick, and feel soft too.

I don’t have it anymore, but the Maybelline Volum’ Express The Falsies Mascara, from what I remember, is about as thick as the Loreal Ultra Volume Collagene Mascara. The Loreal one may even be fatter and more difficult to control. 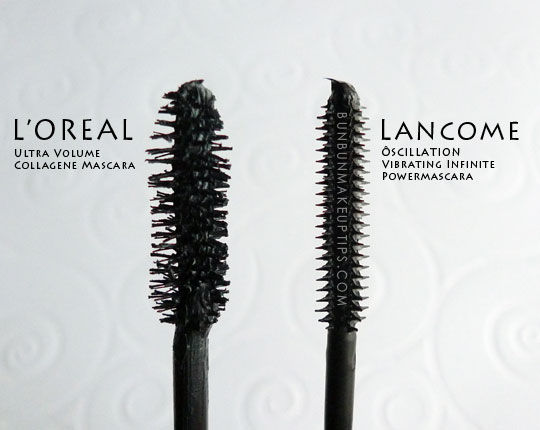 The Loreal one should be slightly thicker than Maybelline The Falsies, much fatter than Lancome Oscillation, and about 2mm longer than Loreal Voluminous in bristle length.

Only some mascaras warrant the use of my trusty mascara shield, the two most obvious ones being those two in the paragraph above. In the beginning, I found it very difficult to work with the FATTY BOM BOM brush from the Loreal mascara, having been spoilt by Lancome Oscillation’s streamlined wand.

As we all know, wands are only as great as their masters (I’m on the last book – Deathly Hallows and Snape’s gonna die soon 🙁 ). You definitely can make this mascara work, but you just have to very careful during application. Moving quickly and swiftly is hard especially if you have thin and short lashes. I have long but thin lashes and application is not a walk in the park. It is not a mascara you want to have in your makeup pouch and apply in a moving vehicle.

Despite its slightly hard-to-control fatty bom bom brush, which was actually made that way to give more volume to lashes, this mascara does not clump. More than six months into using it, application is still very much clump-free, drier of course, but still pretty sleek. I would consider this a smudgeproof mascara, but that’s because I ALWAYS use an eyelash primer. I’m currently using the Dior Maximizer Lash Plumping Serum. Great stuff. 😀

Where to buy products mentioned:

Flutter! Flutter! I would give this mascara a 4/5 because of its bulky wand but it’s just not fair to it and myself when people have asked me where I bought my false eyelashes when I was only wearing this Loreal mascara. 😀 Flutter! Flutter! 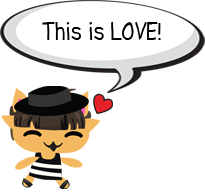 What do you think of the L’Oreal Ultra Volume Collagene Mascara? Do you mind a fatty bom bom wand so long as it produces the results you desire?