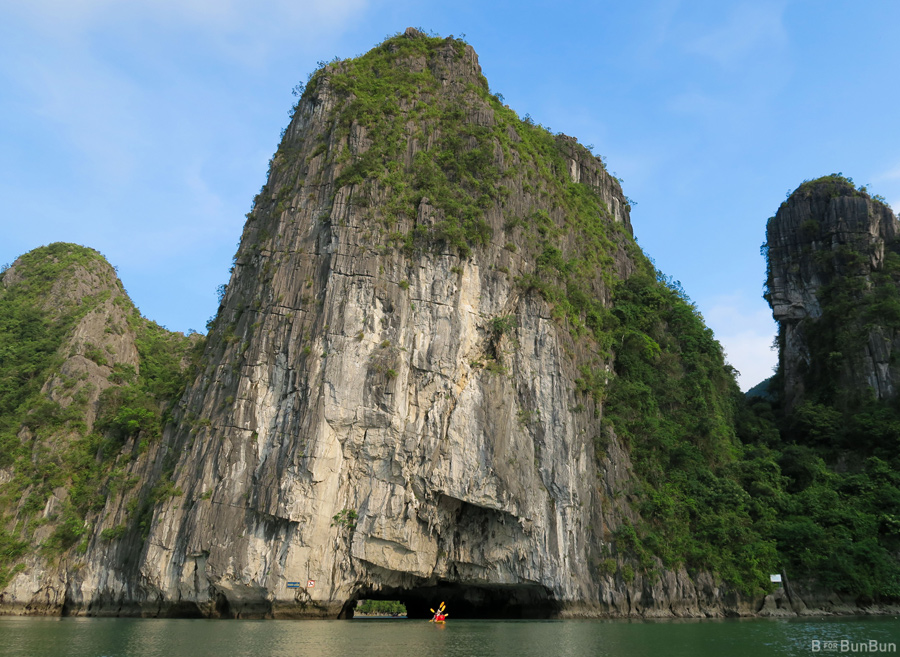 The staff, however, did mention that IF there are were other cruises to witness it, our cruise might allow us to kayak – illegally. Er… ok.

Well, there was nothing we could do besides going with the flow. If it happens, it happens. If it doesn’t, oh well, traveling always comes with risks. 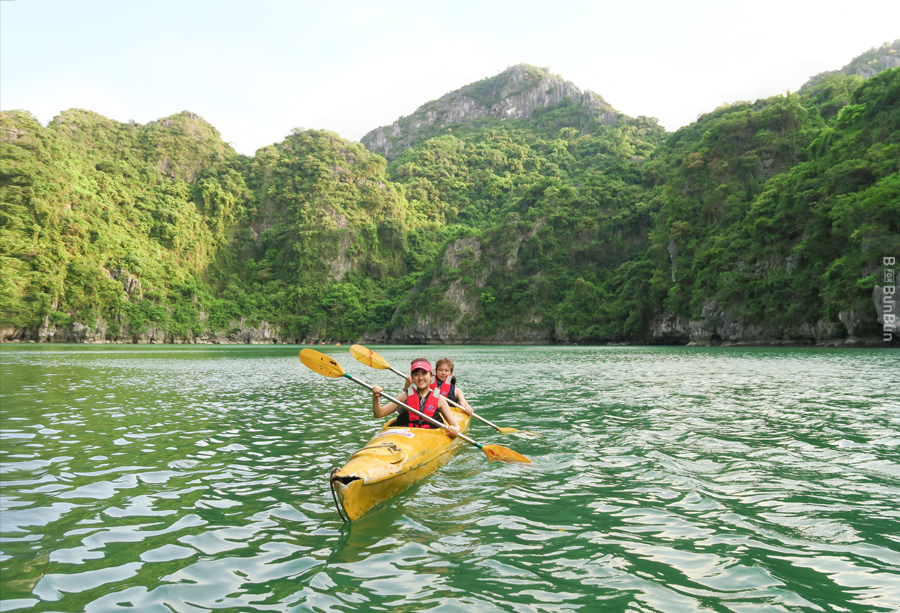 The guide on board the cruise gave us a summary of the activities for the next 2 days, and kayaking was mentioned, in a sure way that made me wonder what was the communication like between the tour guide and backend staff who told us kayaking was officially banned until further notice at Halong Bay.

From research, providing the kayaking experience in the beautiful Halong Bay, surrounded by limestone landforms, caves, lush greenery and the chatter of occasional monkeys was such a lucrative business that it lured the setting up of unlicensed kayak tours that tend to overcharge unsuspecting tourists. That created a negative reputation for Halong Bay so the authorities decided to ban all tour operators.

The ban was imposed by the administration of the northern Vietnamese province of Quang Ninh, home to Halong Bay, to prevent further damage to the local tourism environment. Halong Bay is one of the top attractions in Vietnam. It has around 1,600 islands and islets that form a spectacular seascape of limestone pillars. It was recognized as a World Heritage Site by UNESCO in 1994.

However, Hanoi Times states that the ban was been lifted in April 2017, so whether the tour company had outdated news or didn’t know at all about the lift – I’m not sure.

Anyway, we got to kayak and that was most important! 😁 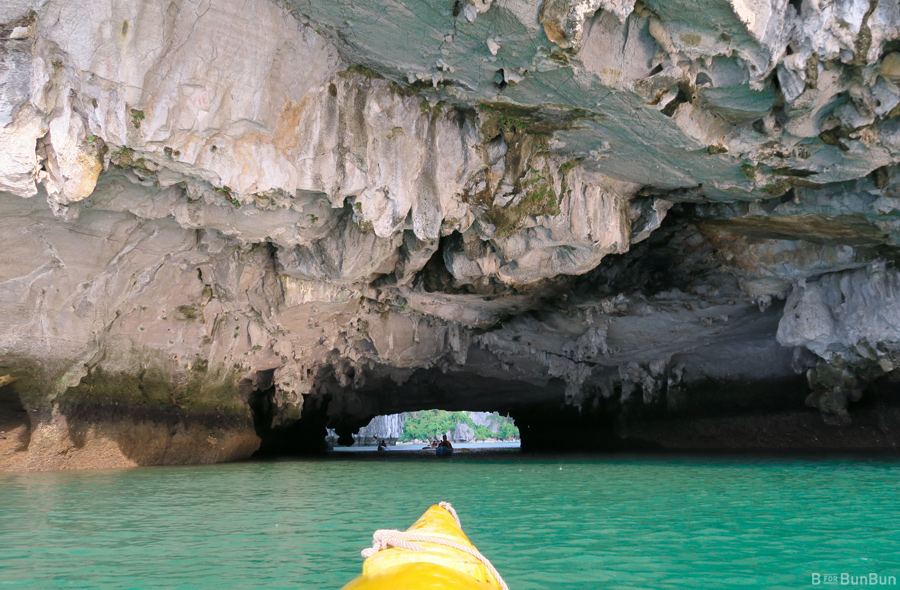 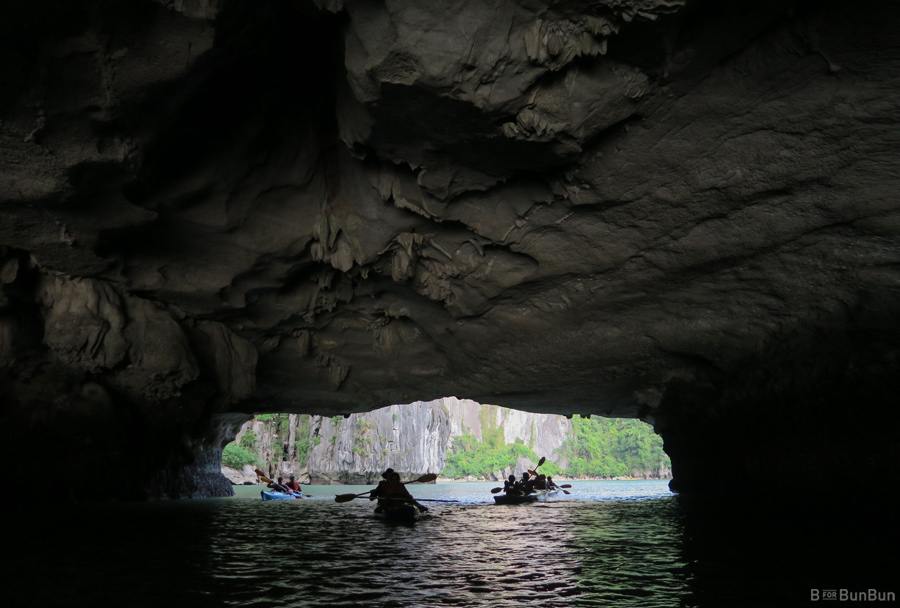 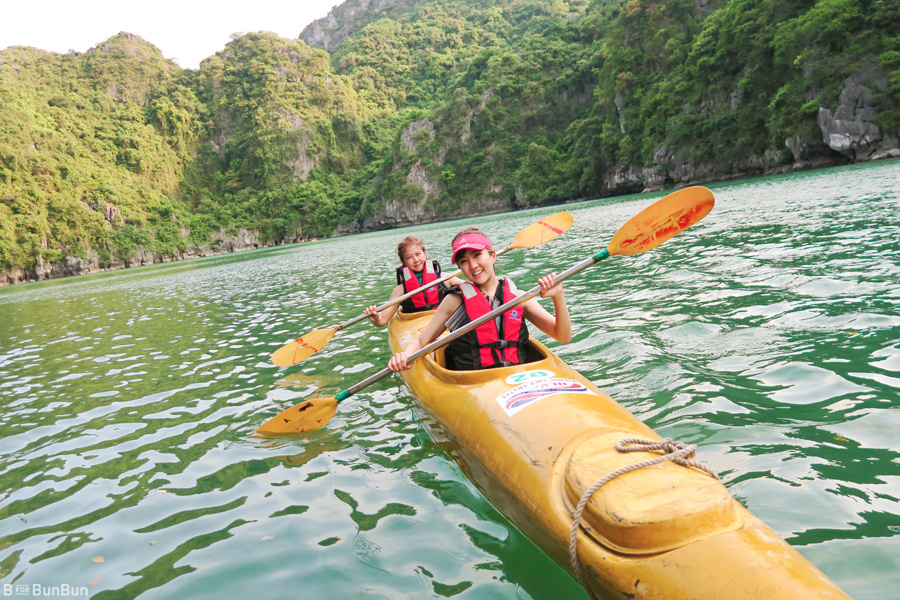 Paddling through caves and amidst calm, turquoise waters, with a cool breeze kissing our cheeks, it was a wonderful experience, especially because I shared it with my mum!

I placed my Canon G7X Mark II in a waterproof bag like this one slung across my chest and got our guide to take pictures of us. I was terrified either of us would drop it in the water, or worse, CAPSIZE! I wasn’t scared of capsizing, I was afraid that water would damage my camera if we did. So if we did capsize, you'll find my body underwater but my arm stretched above the surface of the water, camera in hand. LOL! If you have a GoPro or waterproof camera case, please use that.

All pictures of us were taken by our guide. Pretty lit, huh? Perfection honed from endless phototaking requests by tourists haha. But I don't think that many people will risk bringing their camera with them. I was the only one among our fellow cruise mates who brought aboard the kayak something with a lens. No one else even brought their phone. 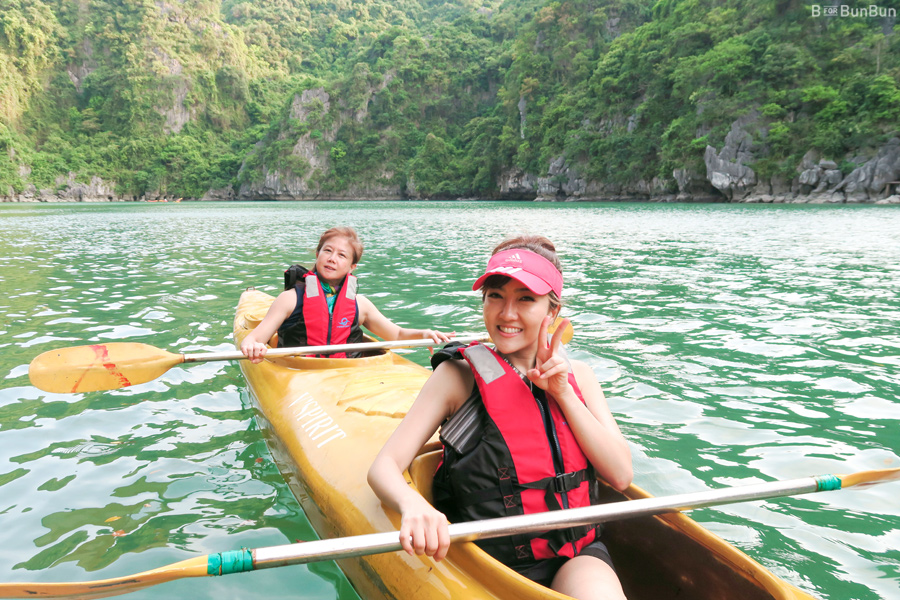 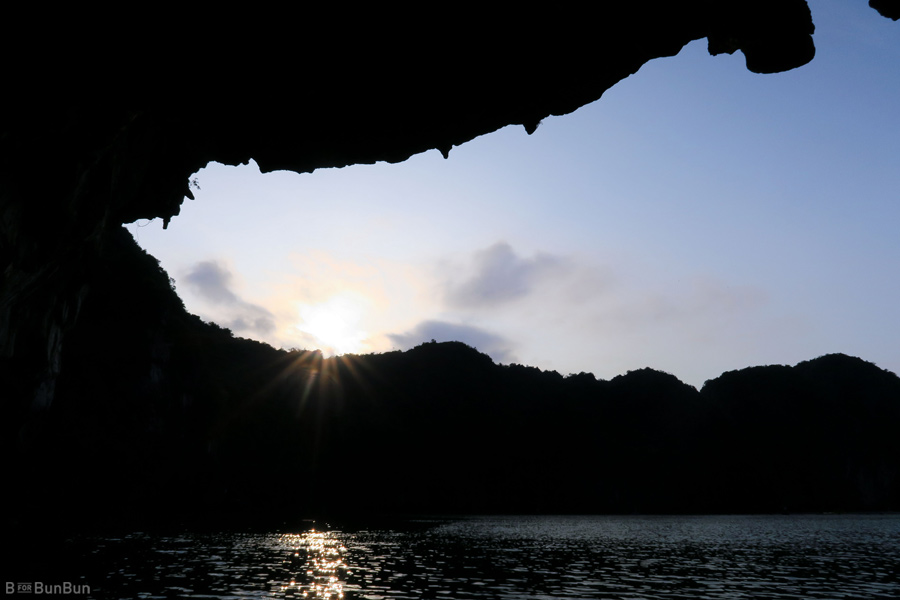 Other posts for Hanoi-Halong Bay trip: