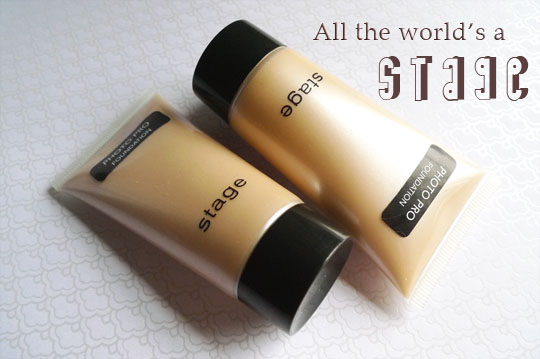 The Stage Cosmetics Picture Perfect Foundation had “Cleo Award Winner” stickers on them, while the Photo Pro Foundation had none. I asked the very unapproachable SA for help but she kept going back to playing Angry Birds on her iPhone behind the cashier counter every time after I asked her a question. I have higher tolerance for sales assistants at crazy sales, like the Stage Cosmetics Moving Out Sale.

The difference between the 2 liquid foundations is actually the amount of coverage. The Picture Perfect Foundation gives less coverage while the Photo Pro Foundation provides more. I’m not one who goes for anything less than medium coverage – I don’t get the point of tinted moisturizers – so the option was clear.

They were selling at 2 for S$19. Gotta grab some! But I didn’t understand their weird numbering system. 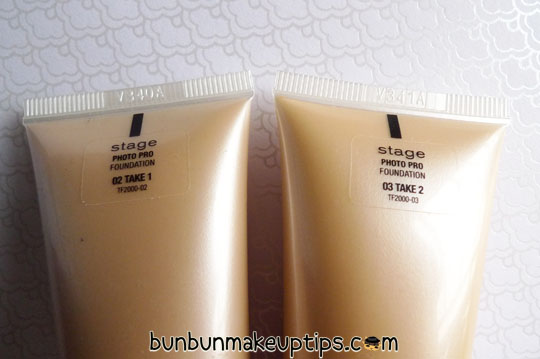 I had to ask the unapproachable SA again what they mean and which one suited my NC20-25 tone. Leaning against the wall with one leg over the other, she mumbled that even numbers are pink-based and odd numbers are yellow-based. Okie~~~ But which part of the ’02 Take 1’ should I assume as even or odd??

She swatched, no, POURED, 03 Take 2 on the back of my hand. I hate it when MUAs pour a large amount of product on the back of my hand coz that would leave me no space to try other shades or products. So my entire hand looked like it had jaundice.  My skin undertone leans more towards yellow but the 03 Take 2 was a little too yellow. Then I tried 02 Take 1 on my own (she went back to Angry Birds counter again) and it was too pink. I took a gamble and bought both, hoping that either one will work and if they don’t, I guess I could try mixing the shades.

They run rather watery, but not too diluted. Blending the foundation on the skin is a breeze! It takes me less time blending the Stage foundation onto the skin than other liquid foundations. On the downside, I think it being less thick in consistency results in fewer hours of lasting power.

Indeed, neither 02 Take 1 nor 03 Take 2 could work on my skin alone. They had to work together. So I pour a little of each out on the back of my hand, mix them, and paint the mixture on my cheeks, nose, chin and forehead before stippling. PERFECT MATCH. 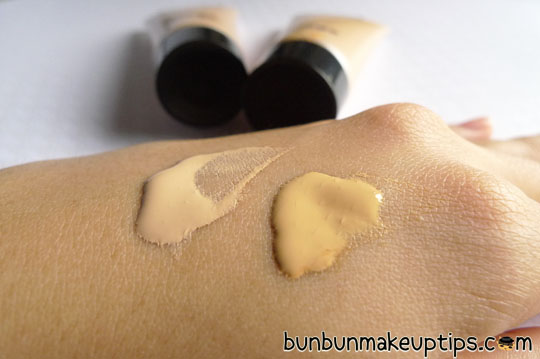 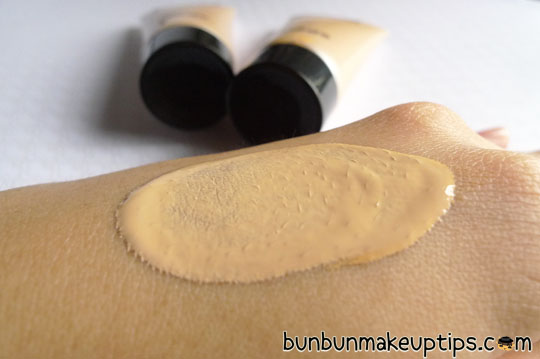 Before I looked carefully, I thought the Stage foundation had a lot less product because the tube looked so small and weighed so light. But no! It actually has AS MUCH product as the Revlon Colorstay Foundation! Both have 30ml. So, YAY!

I like the smell. Kinda like a face moisturizer. I guess I’m just used to the revolting paint smell of Revlon Foundation that any foundation that smells nice or at least neutral is welcomed with open arms.

One thing I don’t like is the screw cap. Product is wasted on the underside of the cap and at the entrance of the tube. Do leave them lying down instead of on their base to prevent any leakage. They can leak while on their side, can you image if they stood upright? 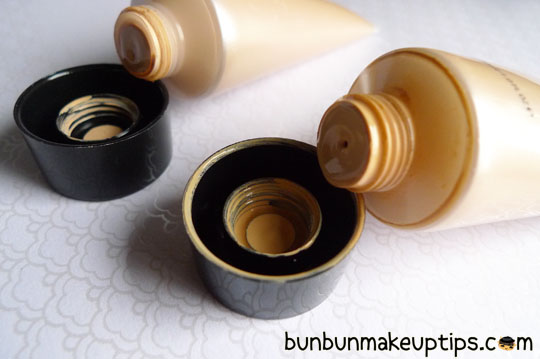 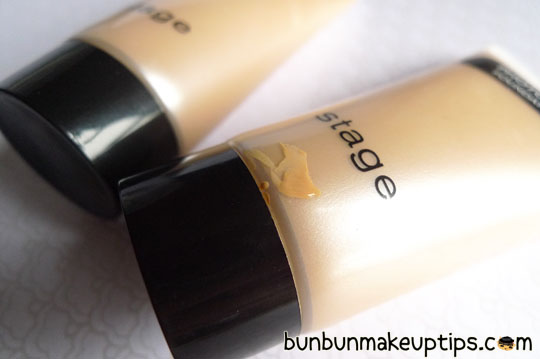 I like the glowy, not greasy, look they give. After application they set to a subtle dewy finish. The foundations also feel very lightweight on the skin. Most foundations that give a glowy finish don’t agree with my oily skin and make me look like a greaseball by mid-day. The Stage Photo Pro foundation can, however, keep oil to a minimum till about 3pm, which is usually blotting time for all other foundations. 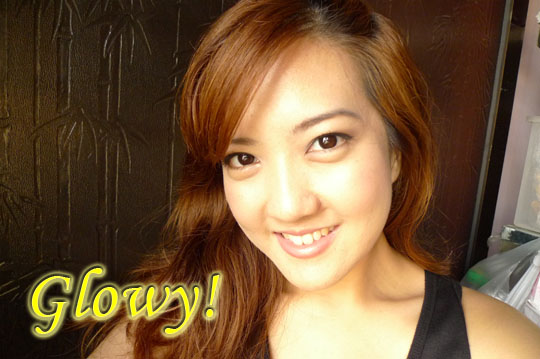 Okie~ much of the luminosity is from the reflection of the warm glow of the afternoon sun, but the Stage Foundation really does give that healthy glow to the skin!

I wouldn’t have bought these if not for the sale. Truth be told, they aren’t raved in the makeup world because not many people know about them in the first place. Maybe because Stage is only available in 2 countries - Singapore and Malaysia? And I would definitely have hated the shade if I only bought one because it wouldn’t match.

Stage never looked very inviting with its posh black exterior and interior of black walls, dim lighting, stale atmosphere and… black everything. Such indicate that the price would be steep and not for the masses. Before, I even thought they were more expensive than MAC! But they actually cost just slightly less than MAC. For example, MAC eyeshadows cost S$26 while Stage prices theirs at S$20.

It's a pity Stage is moving out soon because they have some really good products. I only wish they priced them lower.

So go and take full advantage of the Stage Moving Out Sale!!! I heard from the Angry Birds girl that they might extend the sale till June!

And here's my look for the day! Purple always looks gorgeous with gold and brown! 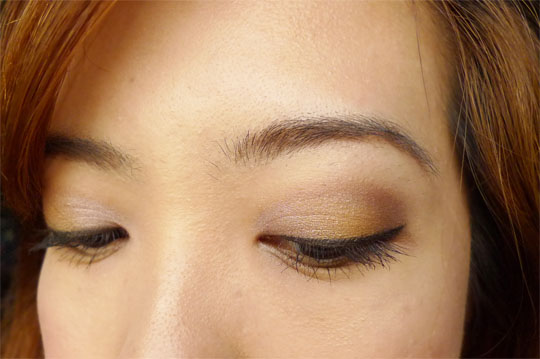 Me and my trademark eyebags that are as large as my eyes. Teeheehee. 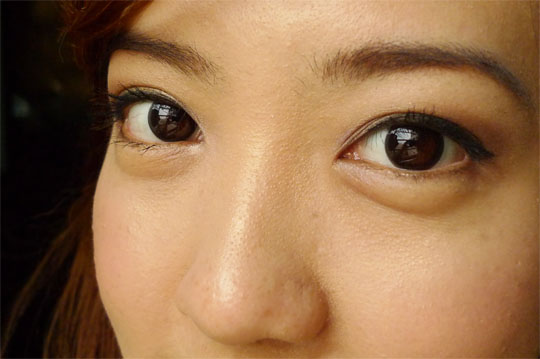 Bun Bun says that the Stage Photo Pro Foundation is:

So tell us, have you tried any products from Stage Cosmetics before?