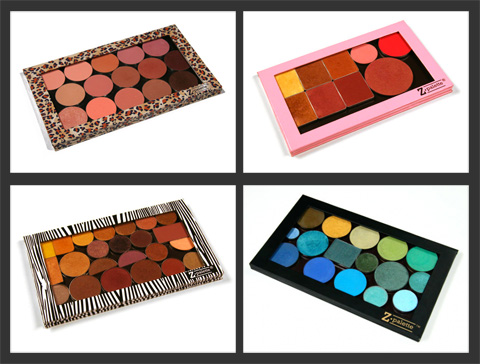 Pretty, aren't they? I wish I could fill up my Large Leopard Z-Palette someday too! I just need to get around to depotting my single NYX eyeshadows, broken Too Faced eyeshadow, and then some.

And the freedom to ORGANIZE MY MAKEUP.

I don’t like that things are stuck forever on a wall, I love fluidity and change, and that translates to the little and beautiful things in my life – like eyeshadow palettes. As my makeup and beauty products stash increases, I am on constant lookout for better makeup storage ideas.

As much as I love admiring the likes of Urban Decay NYC Palette, Too Faced Glamourland Palette, Tarte Jewelry Box and Smashbox Eye Wish Palette, I don’t foresee in the near future owning one of them myself.

They’re really pretty and some come with little bulbs that light up when you open the palette, but I wouldn’t shell out money for bells and whistles that serve no functional purpose. These come in bulky, inconvenient, impractical boxes of hard cardboard that cannot fit into a travel bag for makeup or even on the table. Takes up too much space!

If I ever fall in love with an eyeshadow and it can only be found in a limited edition of a bulky palette, I’ll depot it anyways, leaving behind an empty and useless shell of cardboard. 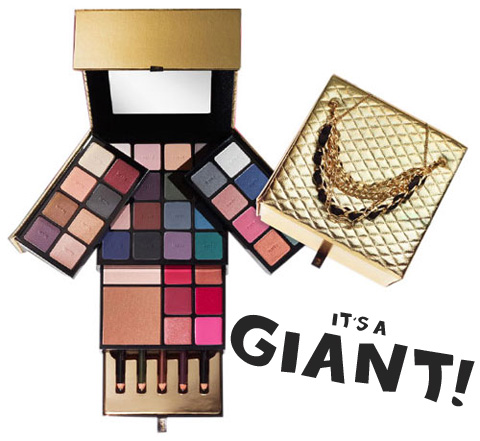 Other than the need to organize my eyeshadows as I please, another reason why I took the plunge and bought the Z-Palette was because I had broken one too many eyeshadows! Even if I can fix my broken eyeshadow (Read: How to fix broken eyeshadow), where do I keep them? I needed a place for them to reside.

So there began my search for a customizable palette!

I read that the MAC Pro Palette and Coastal Scents Palette crack easily because they’re made of flimsy plastic even they look really sleek and professional in their black encasement. They come with slots for pans but most people remove them to fit even more eyeshadows. I really didn’t want to deal with broken eyeshadows in a palette that cracks easily nor have to take the extra effort to remove the divider.

Actually I have no idea why I like the see-through top. It’s not like I have tons of eyeshadow in 5 or 6 Z-Palettes that I need to see at one glance which are in which palette. I just like to be able to see what’s inside! More importantly, the Z-Palette comes in such cute designs! 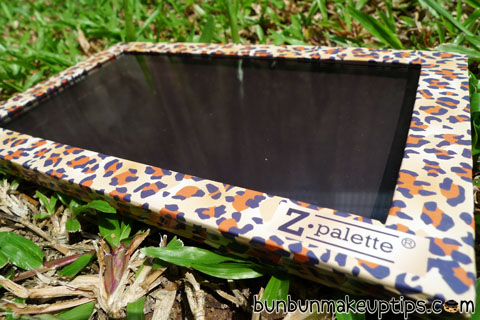 I initially wanted the zebra print one (maybe coz it looks like Bun Bun’s dress), but it was OOS on the beauty.com website so I got the leopard one instead. I like it though! Brings out the inner wild child in me. RArrr!!

I hope to be able to depot all my favorite eyeshadows from various palettes and put them together in this Z-Palette one day. At the same time, I’m afraid of (inevitably) destroying those pretty palettes with holes and torn paper and burnt bottoms and cracked plastic and whatever the consequences when depotting an eyeshadow. I don’t know, incomplete things make me feel… incomplete. So I don't know if I'll really depot all my eyeshadows; maybe just those single NYX eyeshadows. 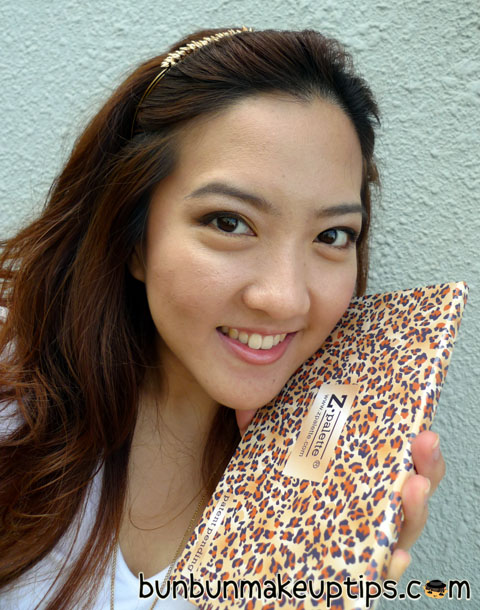 Where to buy the Z-Palette: 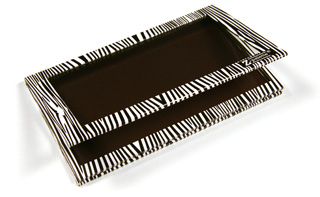 What Bun Bun thinks of the Z-Palette Leopard Large:

Have you tried any customizable makeup palettes before?