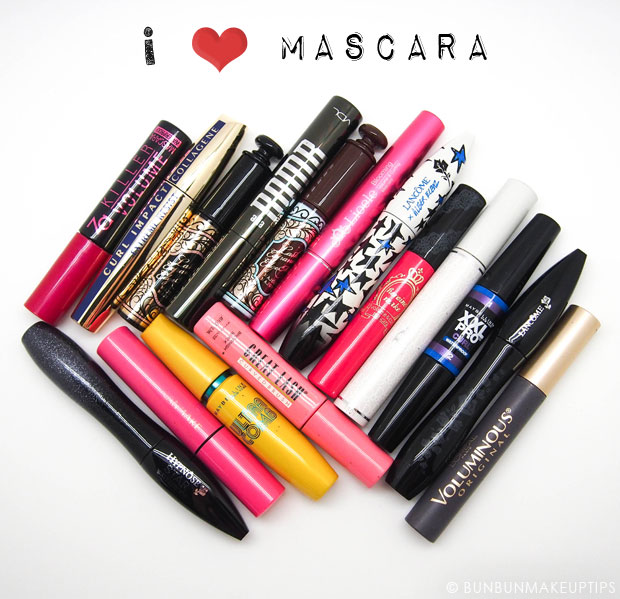 I couldn’t think of a caption for the above picture other than the literal ‘I love mascara’, because I really do! There is no other product that enhances the eyes more beautifully and quickly as a good coat of mascara.

No matter how awesome a job eyeshadows do to transform your eye from a plain stage to a kaleidoscopic burst of colors, nothing beats having sultry strands of eyelashes interrupting yet elevating it into a multi-dimensional picture.

It’s still 3 months before the year ends, but seeing Christmas decorations in stores in September, even before Halloween in October has arrived, makes me feel that this year is going to go by too quickly.

That’s what got me started on thinking of doing a post similar to the one I did last year – reviews on mascaras I've used in the year 2013! This is also a follow-up post to my makeup decluttering project. 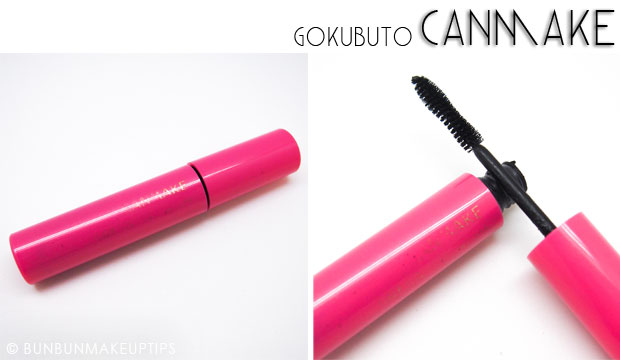 It's so funny that the Canmake Gokubuto Mascara did not catch my eye at all when it's available in Singapore and I only felt inclined to buy it when Mr Mode and I were on vacation in Okinawa, Japan last year.

I loved this mascara for its darkness and relatively good smudgeproof and waterproof functions. It looks bare and boring yet pretty and girly all at once. 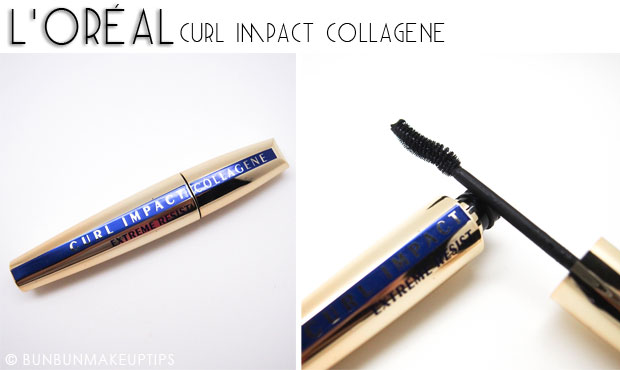 The L'Oreal Curl Impact Collagene Mascara was an impulse buy. The gold and classy packaging really called out to me and after the Canmake Gokubuto Mascara became less desirable to use, I was on the hunt for the next one. (I feel like a typical Dynasty Emperor saying this of the concubines in his harem. HAHAHA!!)

This mascara didn't work for me. As if Asian lashes don't already point down to begin with, the L'Oreal Curl Impact Collagene Mascara somehow made my lashes point down at the tip. Very weird, I know. Besides that, the formula was kinda 'sticky' - my upper and lower lashes always got stuck together.

Something in the formula irritated my eyes too. Disappointing, especially when I liked the Loreal Ultra Volume Collagene Mascara a lot. 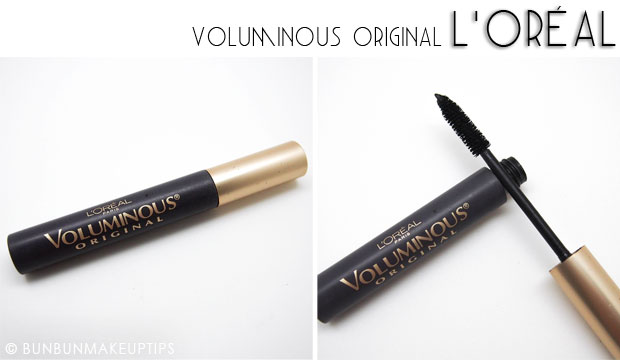 I got this because Marlena from Makeup Geek said the L'Oreal Voluminous is her all-time favorite mascara. But silly me got the 'Original' instead of the 'Waterproof' version that she fancies. Tsk!

So the L'Oreal Voluminous Original Mascara didn't work for me much. It smudged and while I didn't run in the rain with this mascara, I reckon it isn't water-resistant either.

L'Oreal Voluminous Original Mascara is not available in Singapore. I guess there's a good reason for that. Our humidity will turn anyone wearing this into a raccoon. Original available here, Waterproof available here. 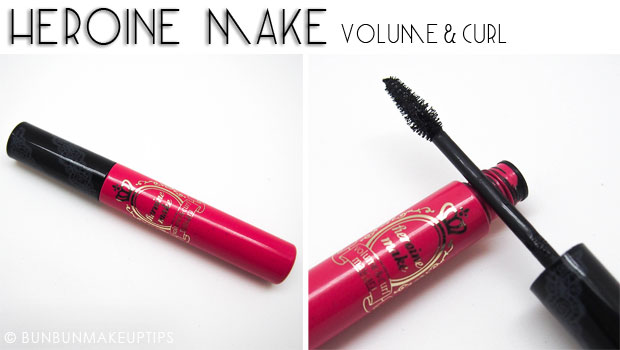 The words 'Volume & Curl' under the Heroine Make brand were what enticed me. However I wasn't impressed. It was a smudgefest every time I wore it, there was no volumizing nor curling and like the L'Oreal Curl Impact Collagene Mascara, my upper and lower lashes got stuck together every time I BLINKED. Ugh! I gave this mascara a maximum of 3 tries and tossed it aside.

Perhaps I got a bad batch coz many others seem to like it. Heroine Make Volume & Curl Mascara retails for... less than SGD20 (can't remember!) at most beauty stores and Amazon. 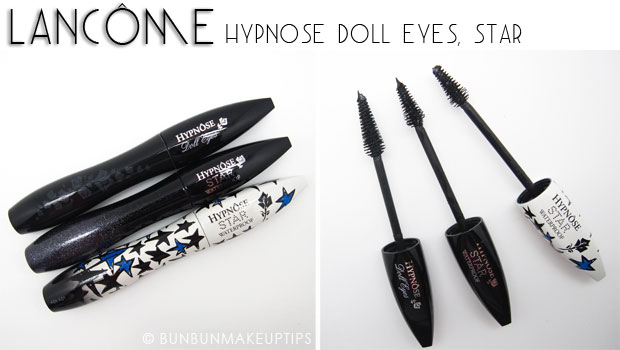 The Lancome Oscillation Vibrating Infinite Powermascara was such a Holy Grail to me so I was really excited to try out other mascaras by Lancome. I bought the Lancome Hypnose Doll Eyes Mascara after reading/hearing a lot about it - Michelle Phan, Jessica Harlow and Promise did a video on it too.

Doll Eyes I didn't get any, Black Eyes I got aplenty. Lol. Smudged really badly!

Lancome Hypnose Star I received from Lancome Singapore in two different designs, one in its original with silver glitter at the bottom and the other for the Alber Elbaz Collection. Both didn't work for me either.

I really wished I would love these Lancome mascara, but unfortunately I have such oily eyelids and undereye area that only very powerful mascaras can stay on.

Lancome mascaras retail for SGD50 at Lancome counters and Sephora and Amazon. 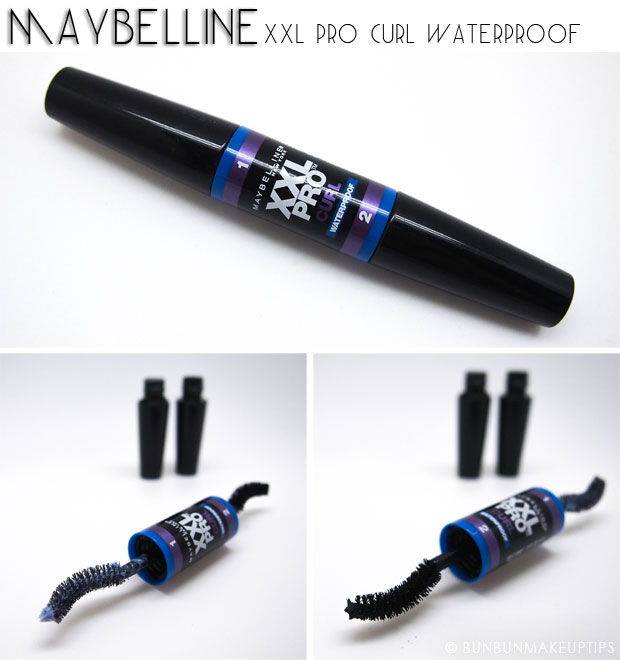 I like that the Maybelline XXL Pro Curl Waterproof Mascara comes with one side being a lash primer and the other the mascara. But having the Dior Diorshow Maximizer (an eyelash primer/conditioner) in possession makes this pale in comparison.

I know, I know, I'm comparing high-end with drugstore, but it's hard to not compare when the Diorshow Maximizer is the only eyelash primer I have at the moment! 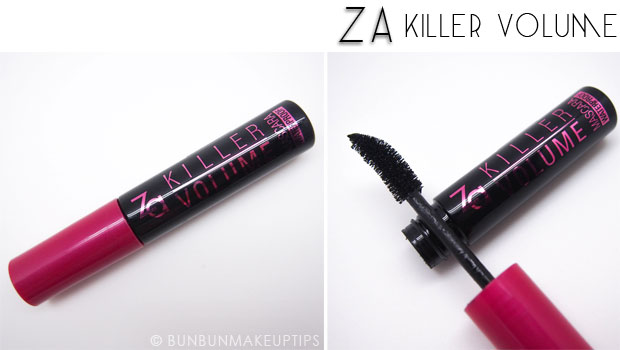 I can never understand why mascara heads have to be so bushy! There are plenty of mascaras with slender wands and they work amazing. I didn't even have the chance to get better acquainted with the ZA Killer Volume Mascara because by the time I decide whether it's worth it having to be extremely careful with the fat, bushy head, I would have already reached out for another mascara.

Give me a chance to love you! Have a smaller brush please! LOL. 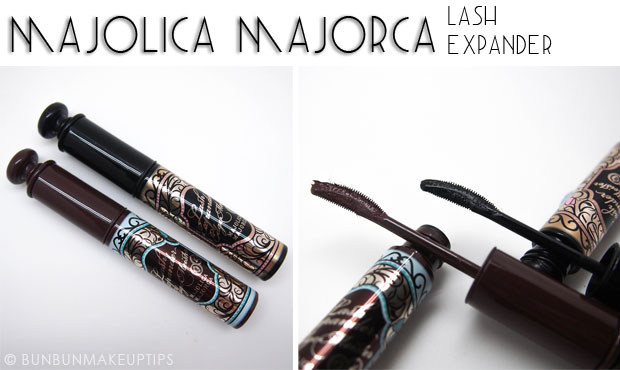 I'm not a fan of mascaras with fat wands, but neither am I a fan of thin, comb wands. I'm fussy, I know! That's why when I find a good mascara, I'll be like WOWWWWW THIS IS HOLY GRAILLLL.....!!!

Majolica Majorca is known for their comb wands, I've tried a few of their mascaras many years ago, didn't like them and till this day, they still don't work on my lashes. I like that the Majolica Majorca Lash Expander Edge Meister comes in black and brown. I haven't tried a brown mascara yet! Have you? For more swatches and pictures, check out Yina's and Evonne's reviews. 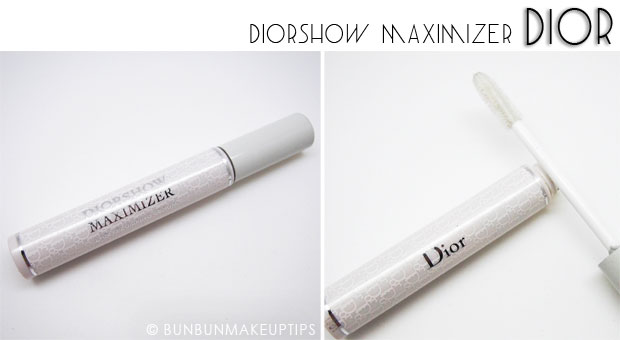 The Dior Diorshow Maximizer is not a mascara. It appears white but dries to nothing, and should be applied before mascara as a primer to condition your lashes and to help mascara stay on longer.

At any one time I always only use one lash primer, very unadventurous in comparison to how many mascaras I go through while keeping only to one lash primer. I've totally milked it for what it's worth, using it every time I use mascara. Read my review on the Diorshow Maximizer.

Dior Diorshow Maximizer retails for SGD48 at Dior counters and Sephora and Amazon. 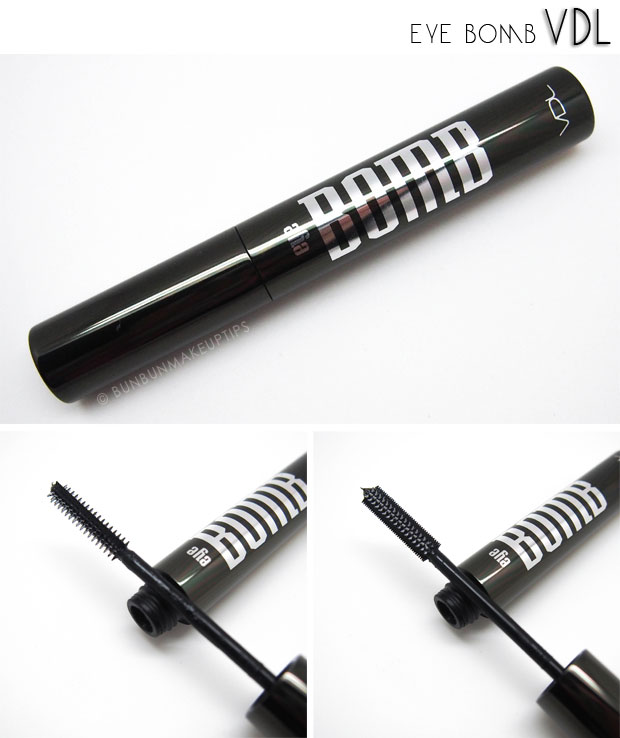 The VDL Eye Bomb Mascara is the newest mascara in my arsenal. It's been wonderful so far! I love the sleek, cool-to-the-touch metal casing, the heavy weight which conveys a certain status bearing, the darkness of the mascara formula, and how my lashes look fuller after just a swipe or two. Notice that the brush has different teeth patterns, to better separate lashes and paint mascara on!

The only gripe I have about the VDL Eye Bomb Mascara is that it is not the best in holding a curl. In a couple of hours my lashes would see a droop in angle.

The VDL Eye Bomb Mascara is available at VDL at Suntec #02-338 and Amazon. I still have plenty of products from VDL to review! In the meantime, you can check out Evonne's review on them. I attended the event with a mask haha coz I was still recovering then. 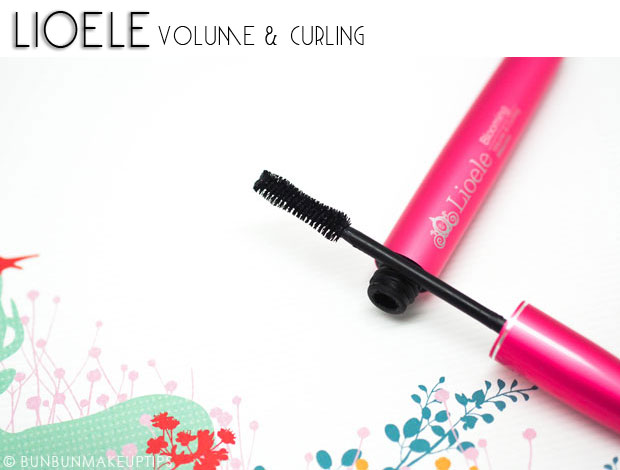 You must have seen this picture in my review for the Lioele Volume & Curling Mascara, which I adore for its smudgeproof + water-resistant formula, the very easy and comfortable to use mascara brush, and its ability to make my lashes stay as curled at the end of the day as when I first applied it. Did I mention that it doesn't create a black eye parade on my oily eyelids? I'm SO HAPPY to have found this mascara.

YAYYYY!!! Now I can finally throw away my mascaras! I mean those that have passed their expiry dates!

If you're looking for a good mascara, I highly recommend the Canmake Gokubuto Mascara, VDL Eye Bomb Mascara and Lioele Volume & Curling Mascara.

Have you tried any of the mascaras mentioned in this post? What's your super favorite mascara?