After a few days of staying in Bangkok, the city that bustles with life all day and night, it was a nice change to experience waterfalls and lakes, forest and grassland in Khao Yai.

Before that though, we had to endure a three hour journey from Bangkok after breakfast at a cafe near our apartment. There are quaint cafes everywhere in Bangkok!

Doesn't the above picture look like it was taken at an indoor studio with a fake mountainous backdrop? LOLLL. Everywhere we looked, the landscape was just unreal. 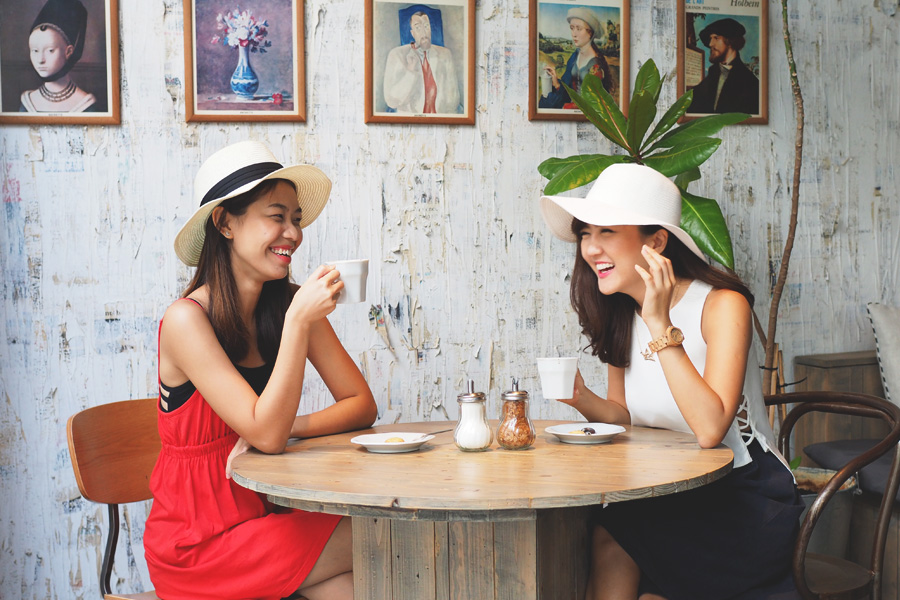 I'm not sure why or how, but our supposed driver booked through a friend of a friend decided to go MIA on us right before our departure. Throughout breakfast we were scrambling to find alternatives, and because Khao Yai is really quite far, very few drivers wanted to pick us, or quoted us exorbitant rates. It was a weekend, so the rates escalated too. Eventually, we managed to get a 6-seater mini van for 7 of us through Grab. YAY! We booked him for the ride back too and he was more than happy to; we're all stuck in Khao Yai together anyway haha. 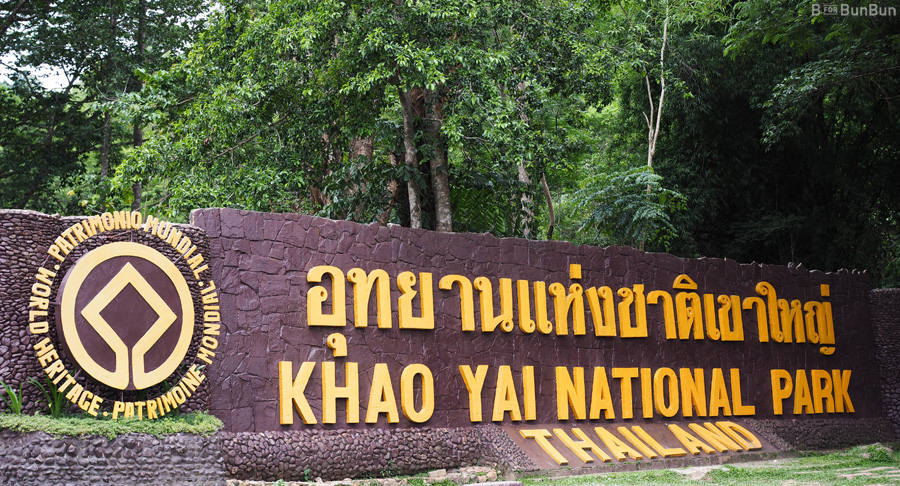 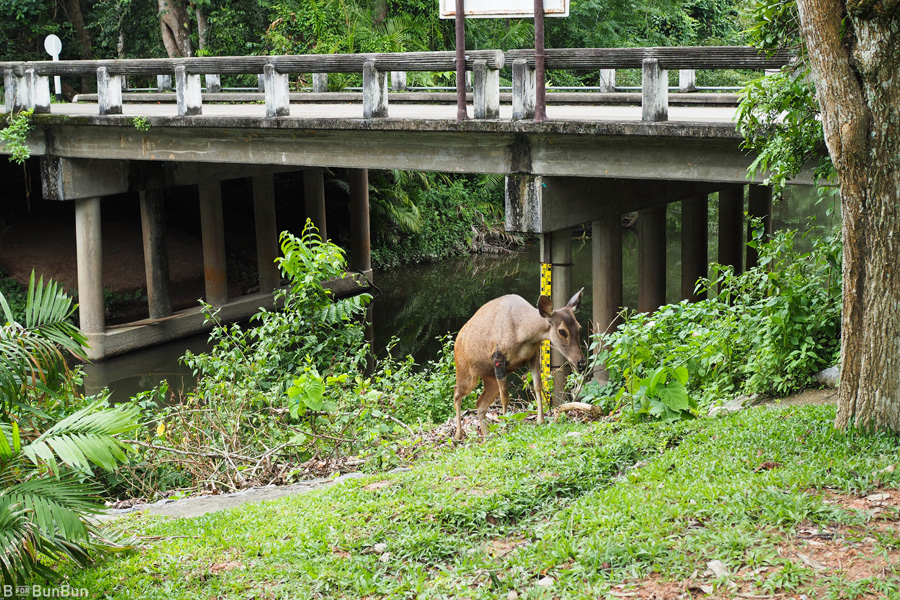 Animals big and small roamed among us - monkeys, squirrels, deer (this one had a wound 🙁 I hope the park rangers gave it medical attention).

We walked a little and reached Haew Suwat Waterfall. I've trekked waterfall trails before and was, to be honest, a little underwhelmed by this. Nothing spectacular. Surprisingly we still managed to spend an hour there taking pictures and just relaxing in the breeze. 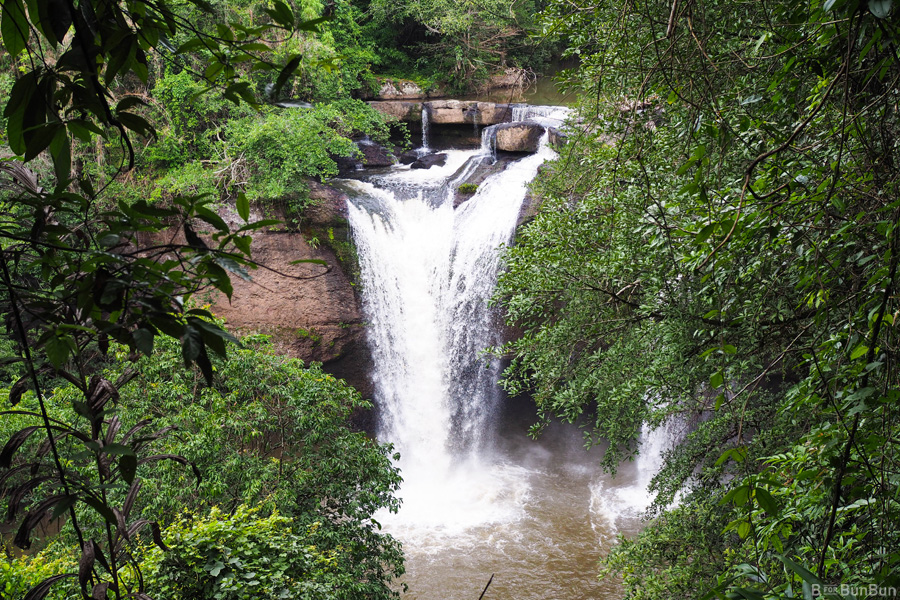 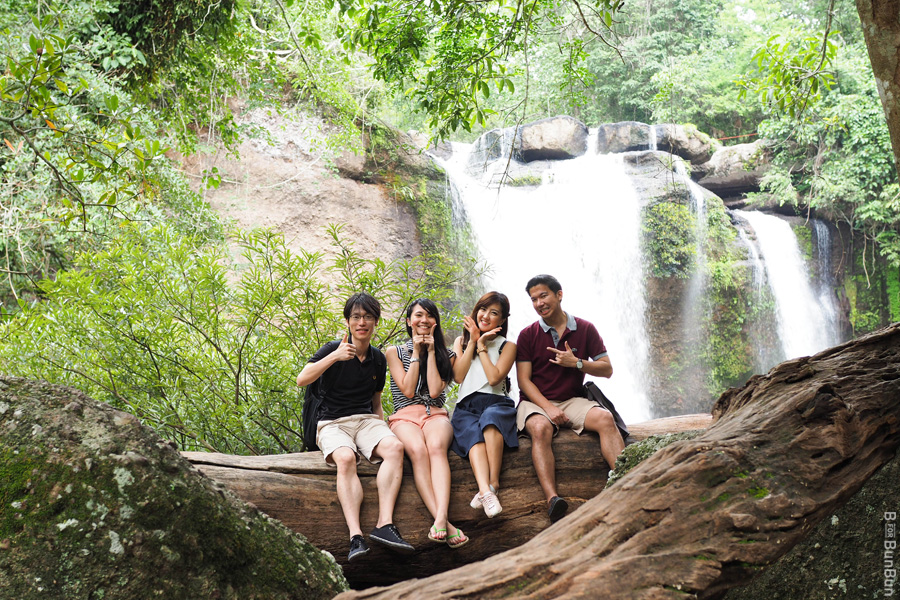 We look like we're just sitting on a log, but no, it was a huge trunk suspended high above, supported by other trees and rocks at the side. We had to climb several large rocks and walk precariously on the trunk to get to the middle. I think this was the only exciting part of the waterfall trip. 😆

It was the trip back out that I enjoyed more. The view and serenity brought me a certain quiet joy. To be honest, the picture below looks very much like a reservoir from Singapore, doesn't it? Singapore has many beautiful spots, we just need to pause from our busy daily lives and appreciate the beauty around us more. 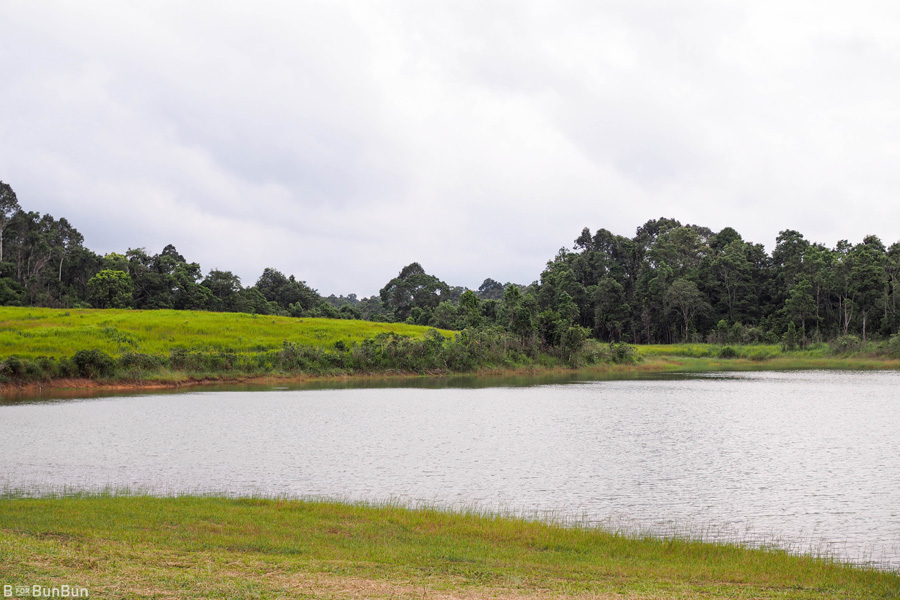 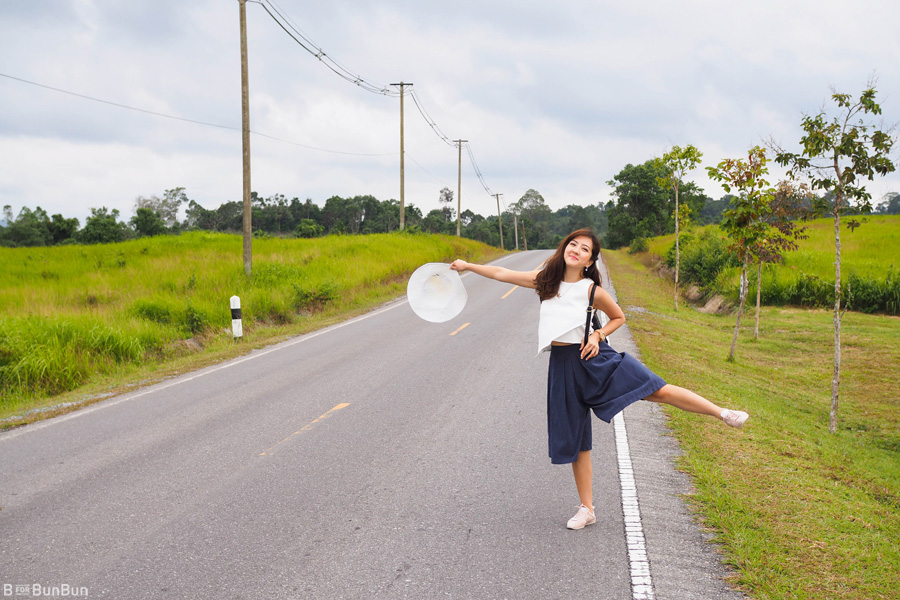 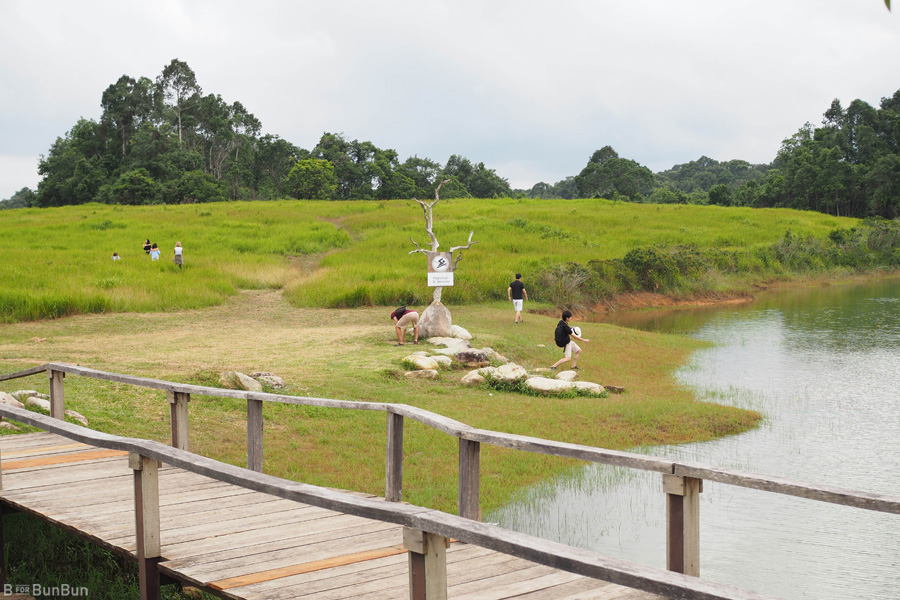 While the girls went shutter-crazy, the guys busied themselves with pebble-throwing. Check out that group taking insta-worthy shots in the background. 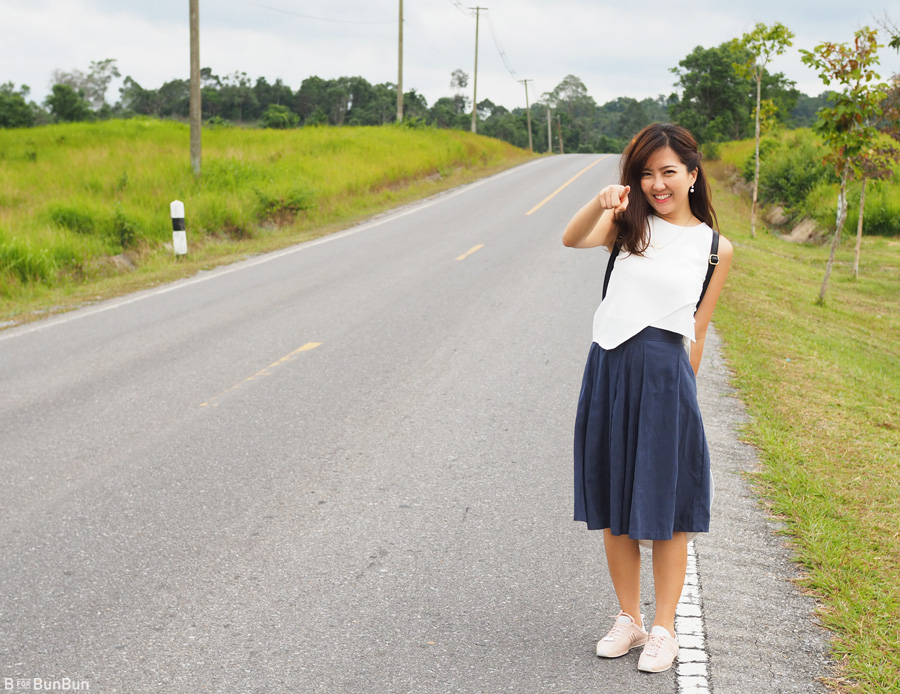 I wish we had more time in Khao Yai. Because it's far from the city, the air was better, sky was clearer, grass was greener. Khao Yai has much more to offer, but due to time constraints we had to leave before the sunset to go to 3 three other places - Palio Village, Midwinter Green, and onsen (which we didn't manage to get to due to massive traffic jam). I wouldn't mind going back and staying in Khao Yai itself to explore further. 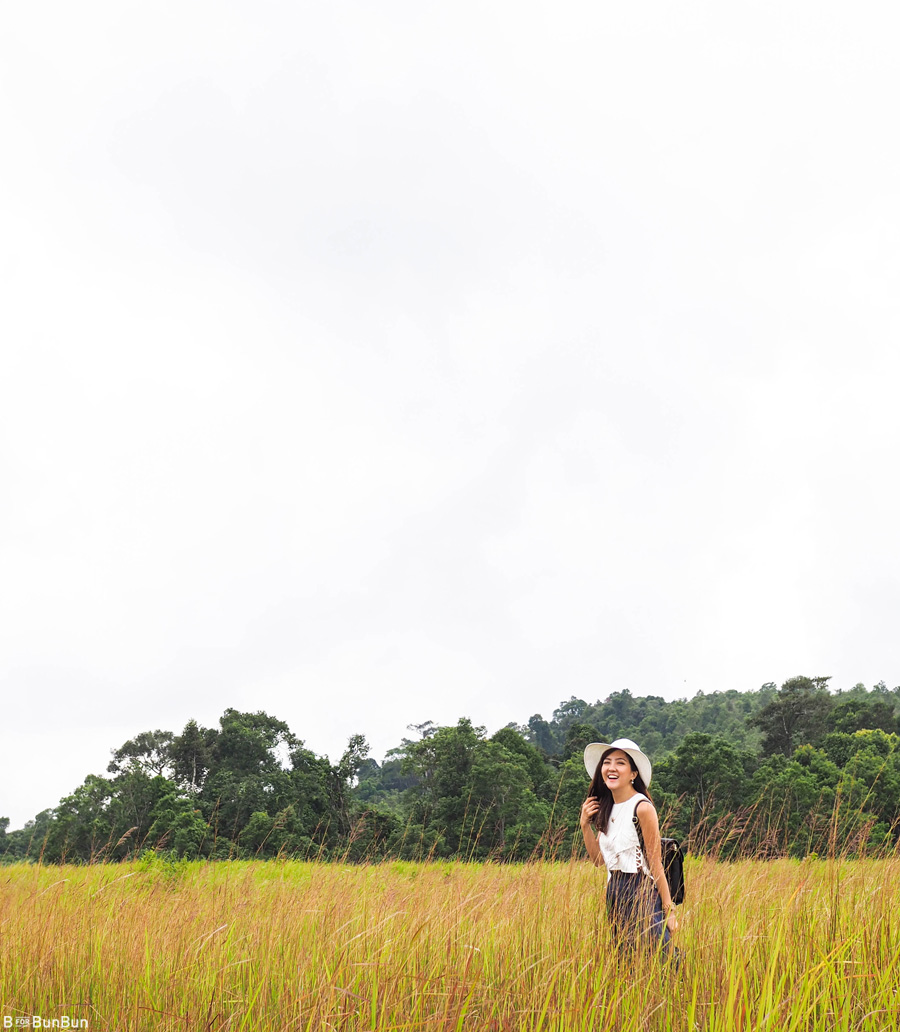